More than 80 hours after the polls closed on election night, these Texans were among the first to celebrate the results in San Antonio's streets. 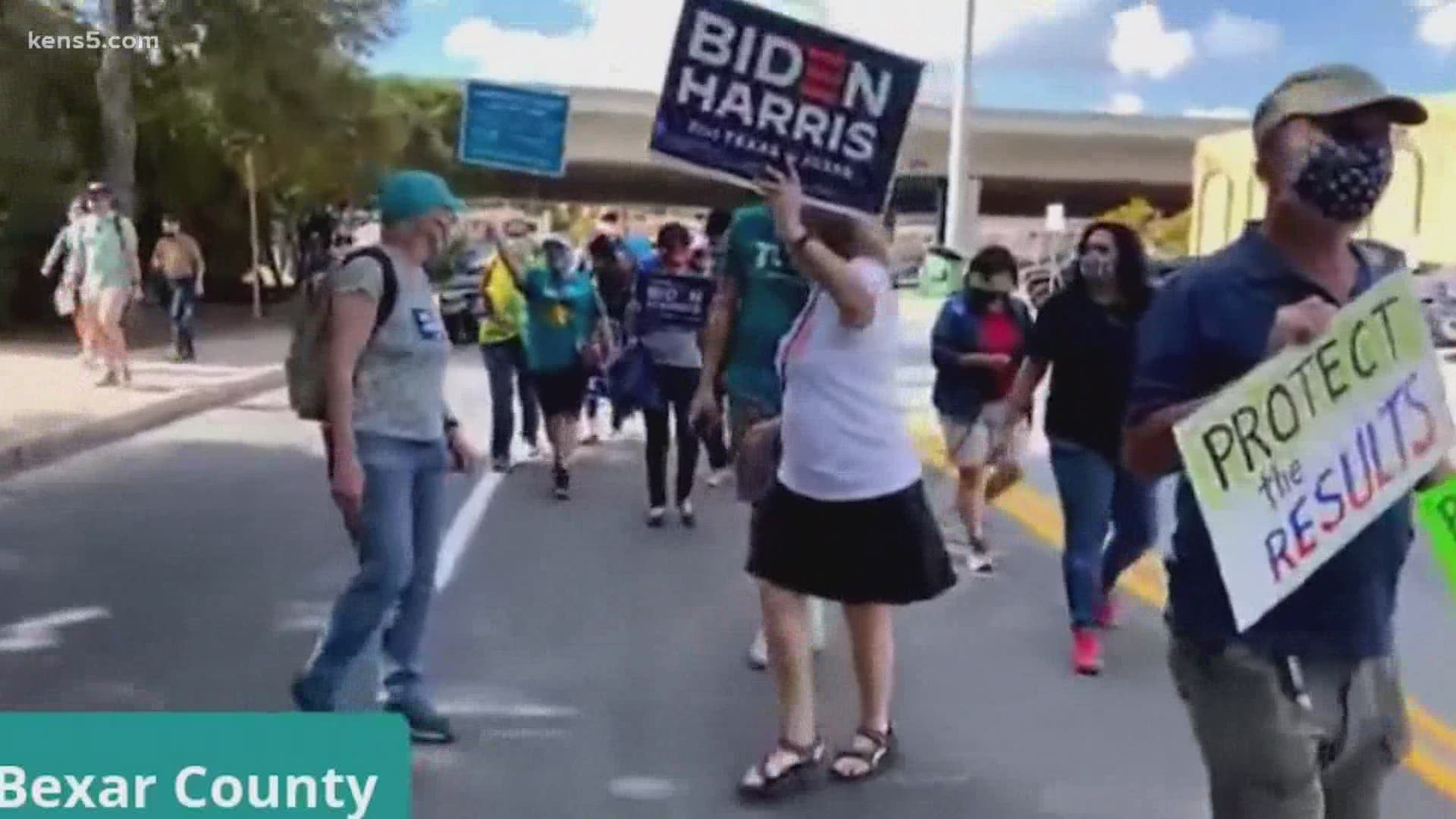 SAN ANTONIO — The voters in downtown San Antonio called it a march for democracy. It became a march of celebration.

On Saturday afternoon, residents gathered in the heart of the city for what they initially planned to be a rally calling for every vote to be counted in a one-of-a-kind election that stretched beyond Election Day, largely due to the amount of mail-in ballots submitted this year.

“The community is too make the decision; the people decide the election,” the Texas Organizing Project's Jasmine Estrada had said. “We want to protect the vote. The biggest thing is we wanted these votes to stick."

The event started with a focus on protecting democracy, but quickly turned into a celebration in the streets of the downtown San Antonio after multiple news networks made the projection that Joe Biden had defeated incumbent Donald Trump to cap a contentious race for the Oval Office.

"What we were going for was, 'Count every vote,' because in a democracy that counts, and we count as voters. But now (it) is a celebration,” said Mari Naranjo, a volunteer with the Texas Organizing Project.

“We’re excited, (and) we’re ready to celebrate," Estrada added. "But we can’t just yet we have to wait. We stick to numbers, we stick to facts. But we want to celebrate."

Not far from the celebration in downtown San Antonio, a group of Trump supporters gathered in New Braunfels to protest against the results of the election. The rallying call stretched all the way to the Texas state capitol.

While it appears to be a big win for the Democratic Party, and the voters downtown say the celebration will continue, the real work begins tomorrow.

“Where’s the first work? What are we doing first? Where are we going to start putting in this work? That’s huge for our members," Estrada said. "They’re excited. They feel like all of the work we put in and (the) effort—it all paid off."