Jessica Perez said San Antonio has adopted the late King as the son of the community. Perez said this is her way of giving back and letting others feel some type of peace following the infant's death. 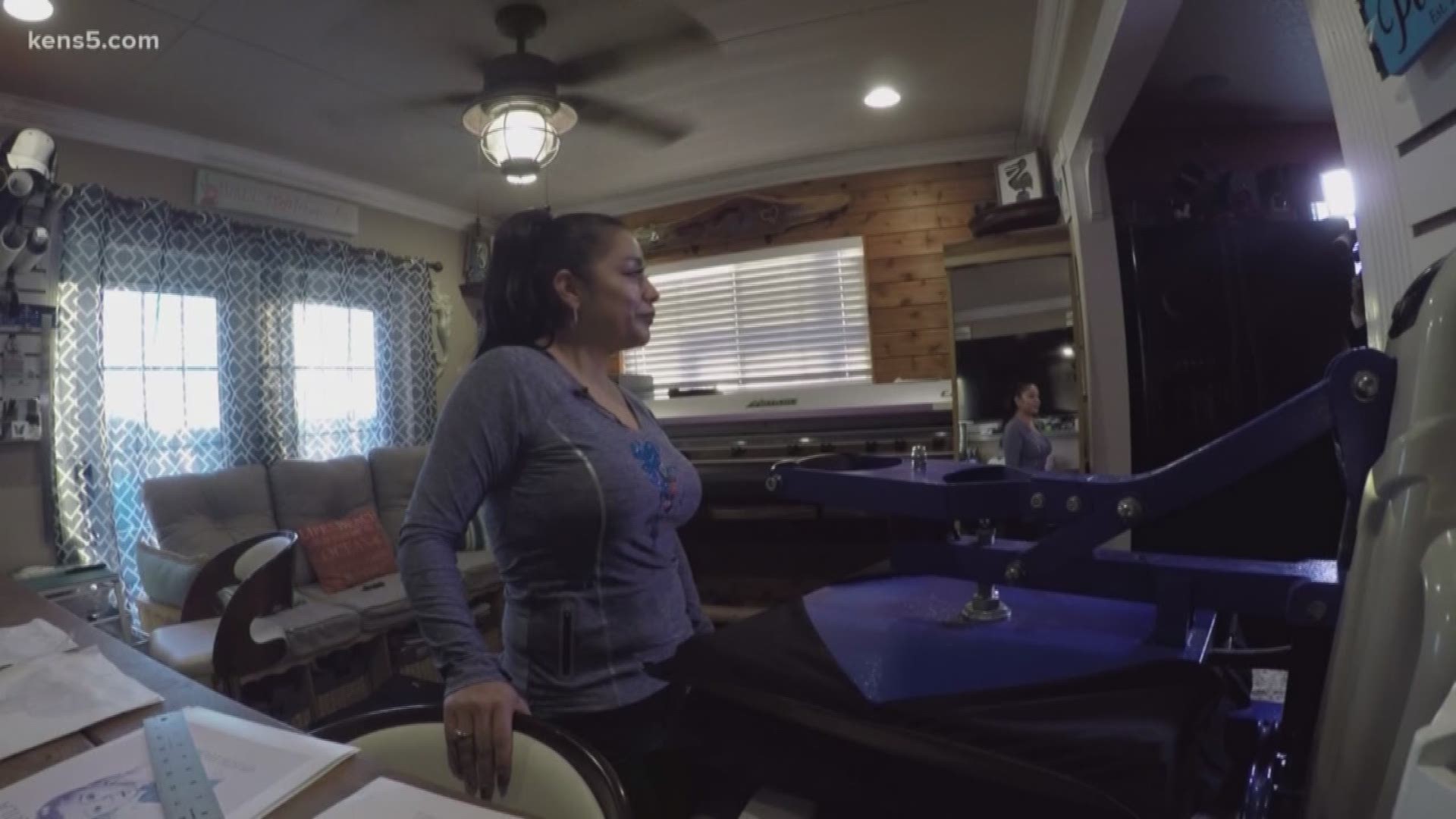 Jessica Perez is the owner of JandJ Graphics, and also a mother of four who was touched by the story of baby King.

Perez said she is not here to make a cent off his death, but wants others to feel a sense of peace with something as simple as a shirt.

"We are a community that we band together, and we come together," she said.

Perez was on a private Facebook page created for King where she noticed people asking about shirts. It was then she decided to use her talents and make shirts with the 8-month old's photo, and is doing so at no cost.

"We just always remember that there is still a lot of people, in our city, that are good people," she said. "And that want to help each other."

She's off to a good start, having made at least 150 shirts already. Perez is using four different designs made by various artists, and said anyone can bring her a shirt. She won't charge to modify it.

"His life is worth so much more than a Tee-shirt," Perez said.

She is just asking that her materials are covered.

"I didn't feel it was right to make any money off of this case in particular," she said. "I know if this was my child, I wouldn't be like, 'Oh lets go get rich off him.' It just wasn't right."

She said San Antonio has adopted King as the son of the community. Perez said this is her way of giving back and letting others feel some type of peace.

"We know that he is in a better place," she said. "His adorable face can been seen and we can kind of take from that a sense of happiness and peace from it."

A memorial service has been set for King, and the community is invited. It will be held next Saturday at 11 a.m at the Christian World Worship Center.