Academy Sports and Outdoors teamed up with the Spurs to donate new bikes and helmets to 50 deserving students. 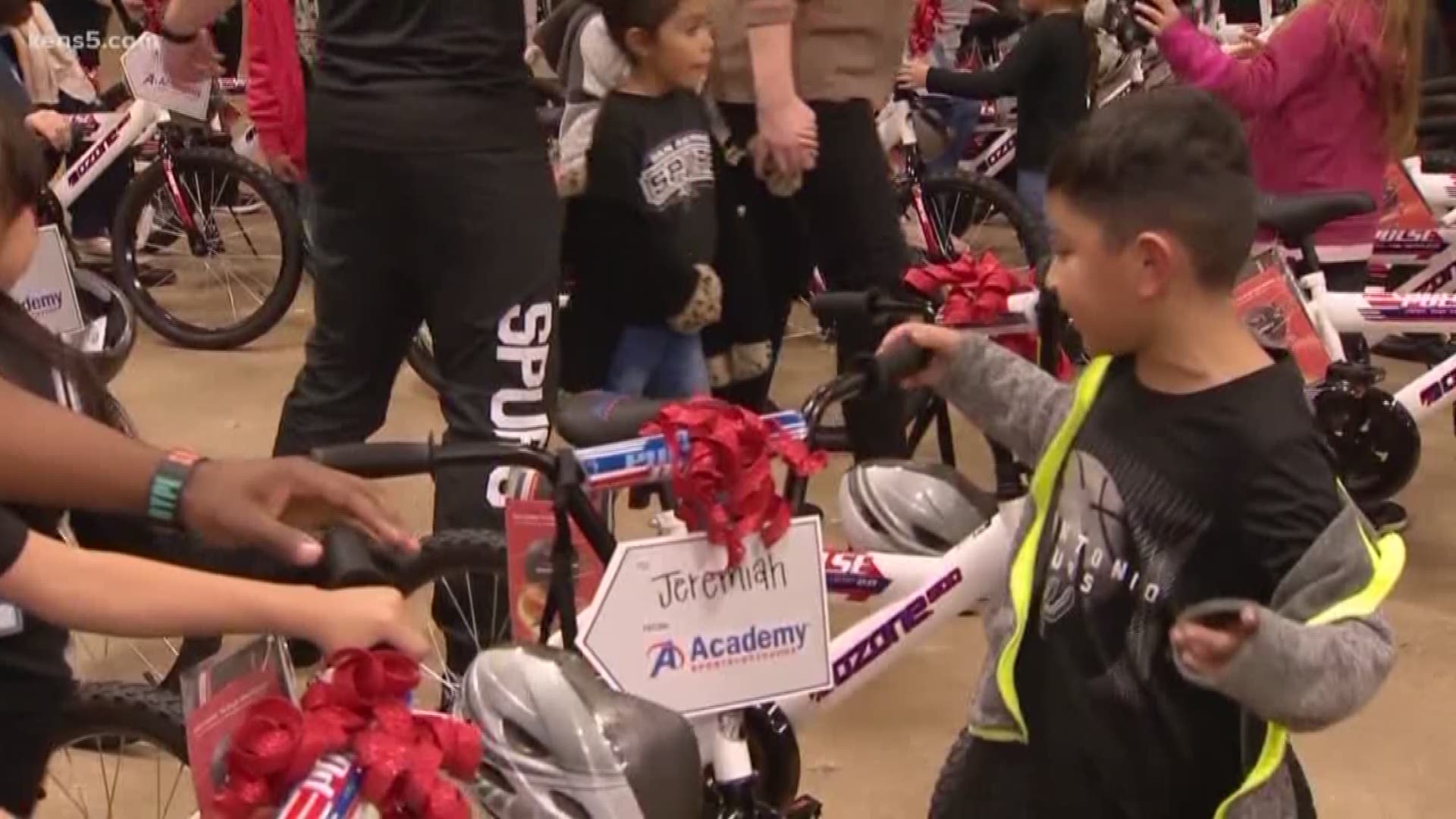 SAN ANTONIO — Some kids from the city's west side and south side got quite the surprise at Sunday night's Spurs game.

It all happened during the first quarter of the Spurs game at the AT&T Center. Academy Sports and Outdoors teamed up with the Spurs to donate new bikes and helmets to 50 deserving students.

Academy said they do this every year as a way to reward kids for things like perfect attendance, academic performance and good behavior.

"These are kids on the west side and the south side and so often they get left out," said Asia Ciaravino, president and CEO of SA Youth. "It's really important to me that they have the opportunity to not only shine and be a part of the Spurs, but have this opportunity to get these bikes from Academy. Most of them don't have bikes so this is a humongous deal for them."

Academy plans to donate similar bikes and helmets to more than 5,500 students this year as a way to encourage them to get outside and be active.