Authorities say they believe the fire was intentionally set. 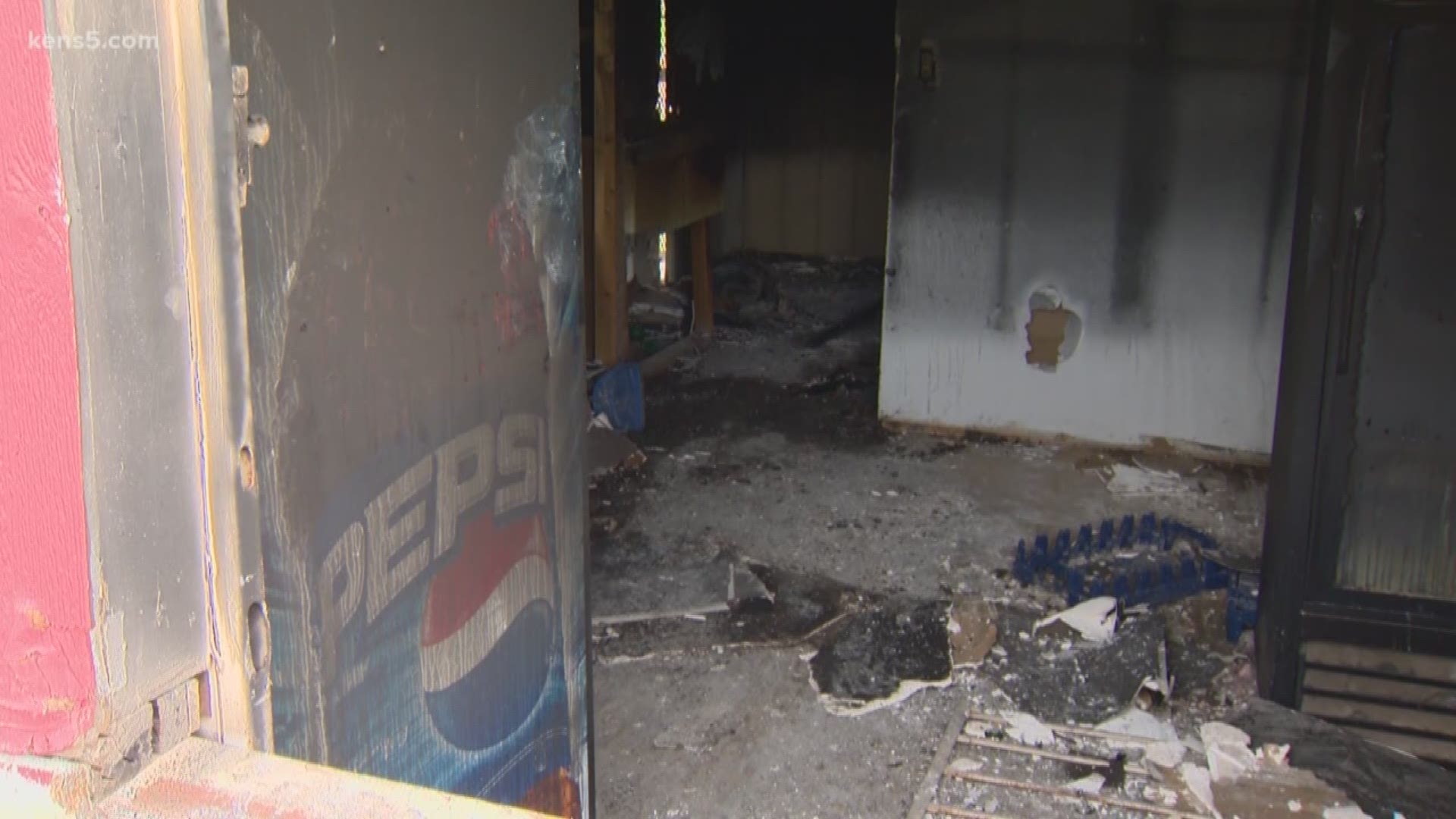 SAN ANTONIO — It’s been one loss after another for the San Antonio 5 Diamonds Little League organization.

Right now the fields at Stinson Park are empty, at a time of the year when the season is usually kicking off.

The Coronavirus pandemic delayed the Little League season. Now they’re dealing with another setback, after a fire tore through an equipment building Sunday, setting them back tens of thousands of dollars.

“It’s going to affect our children because we’re taking away money from what we would normally do in programming, because we have to address something we didn’t expect,” Ortiz said.

Ortiz said that, for the organization that serves 900 kids a year, this is a big hit.

“We lost two very expensive merchandisers, we lost a refrigerator, we’ve lost tools and equipment, and I don’t know how we’re going to do it, but we have to,” she said.

Ortiz said this is not the first time the complex has been hit by crooks.

“We are really disappointed that this happened because we’re 100% self-sufficient. We’re in Stinson Park, it’s owned by the City of San Antonio, but maintenance-wise we pay for every blade of grass, every grain of sand," Ortiz said. "Any repair that is above the ground, 5 Diamonds is responsible for."

Ortiz shared surveillance video from a few days ago when two juveniles were caught breaking a glass poster frame on another building.

San Antonio Police said they’ve been called out to the complex a few times in the last month, including for theft.

Ortiz said they don’t have the funds to replace what was lost.

“Being on the south side, we’re very prideful. We’re all hard-working; a lot of us are blue-collar workers, and we’d like to see our money going towards improvements. Not taking a couple of steps back because we have to address something like this because of vandals,” Ortiz said.

She said she’s hoping someone will find it in their hearts to help.

“I’m a firm believer (that) if you do it out of the kindness of your heart, somehow, some way, someone out there is going to hear and they’re going to say, '5 Diamonds Little League, you’ve done a lot for the community, and here’s our chance to repay it,'" Ortiz said.

SAFD says one person has confessed to starting the fire, and they’re still looking for the other suspect. Both are juveniles.

RELATED: Facilities arm themselves with Texas built cleaning system in the fight against coronavirus