A temporary injunction was granted to prevent the Guadalupe-Blanco River Authority from draining four area lakes until at least fall of 2020. 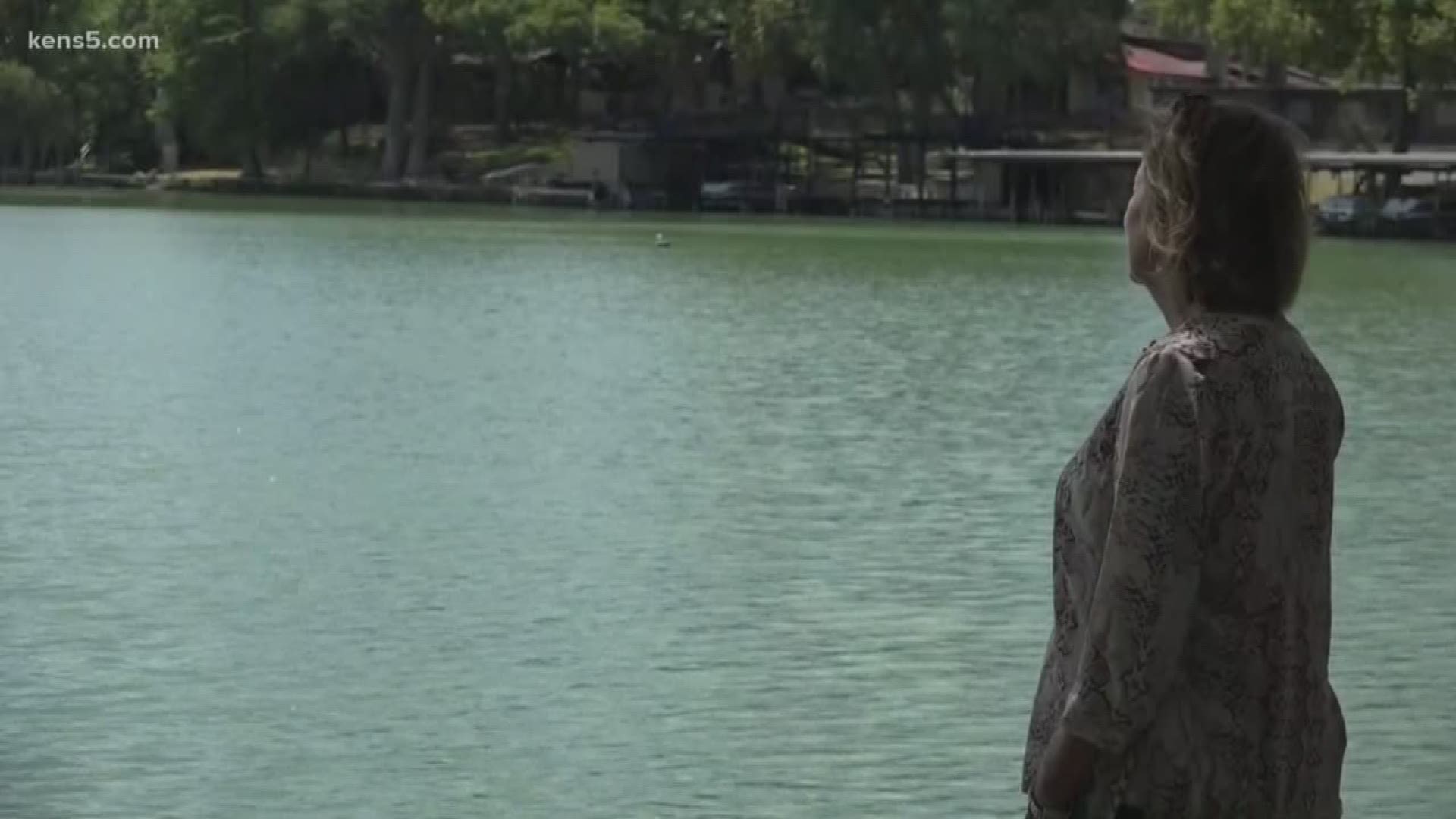 SEGUIN, Texas — The future of four lakes on the Guadalupe River won’t be decided until at least October of 2020.

Lakefront property owners recently took the battle to save their lakes to the courtroom, where they reached an agreement with the Guadalupe-Blanco River Authority.

In the settlement, a temporary injunction was granted to stop the GBRA from draining Lake Meadow, Gonzales, Placid and McQueeney as it was planning to do this month, in what officials called a precautionary measure following the Lake Dunlap dam disaster earlier this year.

Part of that court order included closing the four lakes to recreation while a panel of safety experts could determine unsafe areas near and around the dams.

The lakes have been closed since last Thursday. On Wednesday, the GBRA Board of Directors approved an ordinance allowing law enforcement the ability to enforce criminal penalties for violators.

Grace Mueller has lived along Lake MCQueeney for 25 years, and said the lake means so much to her.

“This is pretty much my soul, as far as what it means to me,” said Mueller. “When you look out at the water in the evening or the morning or the sunrise, sunset, you just know all is well.”

Mueller is just one of many property owners along these lakes helping law enforcement keep people off the water. According to her, not being able to recreate is the lesser of two evils.

“Because the alternative could be the de-watering of the lake, and that is definitely not what we want,” Mueller said.

After the ordinance goes into effect, Zwicke said, they will have more boats on the water, as well as help from the Texas Game Wardens.

“Once the ordinance goes into effect, we will have the teeth to enforce it,” he said.

According to the ordinance developed with help from the Guadalupe County attorney, violators will be issued a citation and could receive a fine up to $500.

GBRA Interim Ordinance
AN ORDER OF THE BOARD OF DIRECTORS OF THE GUADALUPE-BLANCO RIVER AUTHORITY ADOPTING AN INTERIM ORDINANCE RELATING TO ACTIVITIES ON LY. LAI PI ID, MEADOW KE AND LAKE GONZALES LAKE McQUE!

“It’s about saving these lakes, keeping water in the lakes and the citizens are working with us on it,” the sheriff added.

Citizens like Mueller, who has a sign posted in her yard that reads “Lake Closed.” She said most of her neighbors are keeping up with their end of the deal to stay off the water.

“We will make sure that everybody follows the rules because we want to keep our lakes as long as we can,” she said.

The ordinance won’t got into effect for at least two weeks as it must be posted publicly allowing enough time to notify area residents and visitors.

The lakes will be closed for at least 30 days while the panel of safety experts determine unsafe zones. According to the settlement, the experts have up to 60 days to make that determination.

“It’s still the better alternative than de-watering our lake," Mueller said. "We would basically have 100 yards of pasture in our backyard of mud."

The GBRA has posted questions and answers on the website gvlakes.com, as well as more information about the lake closures.

If you see anyone on the lakes, you’re asked to call the local county sheriff’s office.