Lake McQueeney reopens with a celebration and Sea Bees show

Hundreds gathered at the Lake Breeze Ski Lodge to celebrate the reopening of the lake and watch the Sea Bees perform in their annual Halloween show. 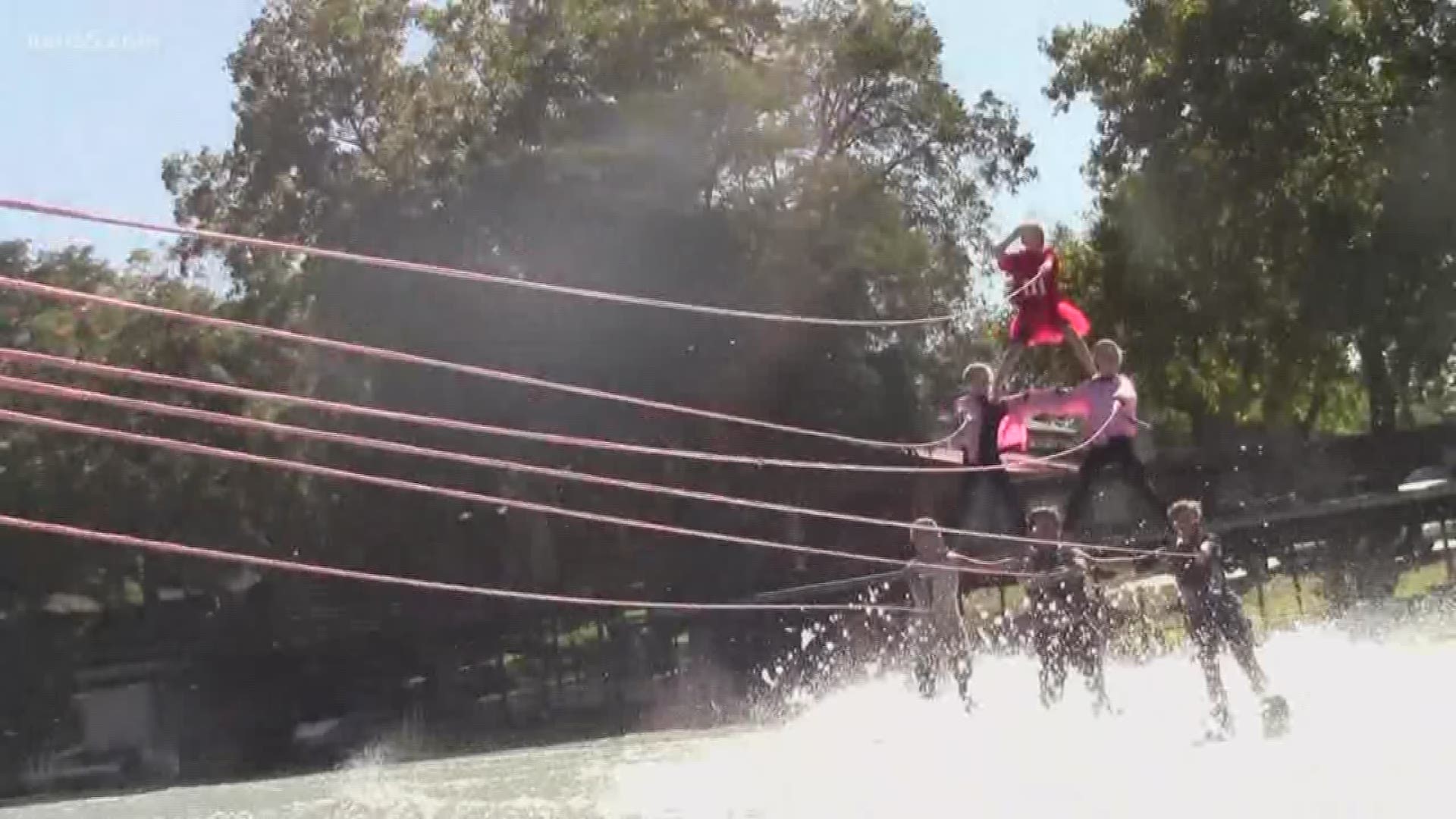 SEGUIN, Texas — It’s been a wave of emotions for Lake McQueeney property owners who weren’t sure they’d see another day on their lake. This comes after the Guadalupe Blanco River Authority threatened to drain the lakes a few months ago, due to safety concerns.

However, on Sunday they celebrated the re-opening of Lake McQueeney.

McQueeney, along with Lakes Placid, Gonzales and Meadow were shut down for over a month while a panel of safety experts designated unsafe zones near the dams.

All but Gonzales have reopened, with the exception of prohibited areas where no recreation is allowed, and restricted areas where watercraft are permitted, but not swimming or tubing.

Paige Walker said she’s excited about the lake being reopened. “I thought the lakes were going to be drained, so I thought it was going to be a long time,” she said.

On Sunday, the 5th grader joined her fellow Sea Bees for their annual Halloween show at the Lake Breeze Ski Lodge.

Hundreds gathered to watch the children in their Halloween costumes, perform their skills on the water. It was a celebration of sorts.

“The entire attitude is just so uplifting,” said McQueeney property owner Steve Pritchard. “We're excited because we believe we have a number of good plans to be able to keep this thing open forever, frankly.”

Pritchard said the community is hopeful they can repair the dam and provide a fund for maintenance that will allow for future repairs.

“We still have to raise some more money, because we are trying to do work with GBRA and bringing up a fund to be able to get the dams repaired, and to get the lake back open to where we have a maintenance fund as well to not let this happen again,” he said.

Stop the drain and save the lakes: Attorneys will ask judge to grant temporary restraining order

However, some residents are still concerned with the future of the lakes.

The temporary injunction allowing the lakes to reopen is only in effect until next year, when the case is expected to head back to the courtroom.

“I know there's a lot of people really wanting this economy, this school district, this city to thrive,” retired teacher Berny Croan said.

She said she’s really concerned about what would happen to the economy, especially the school districts. “It would affect them incredibly, and then where would they make up money?

“I love seeing the kids out here enjoy like this, but the economy is what's really important to me because it affects more than just the ones I see out here,” she added.