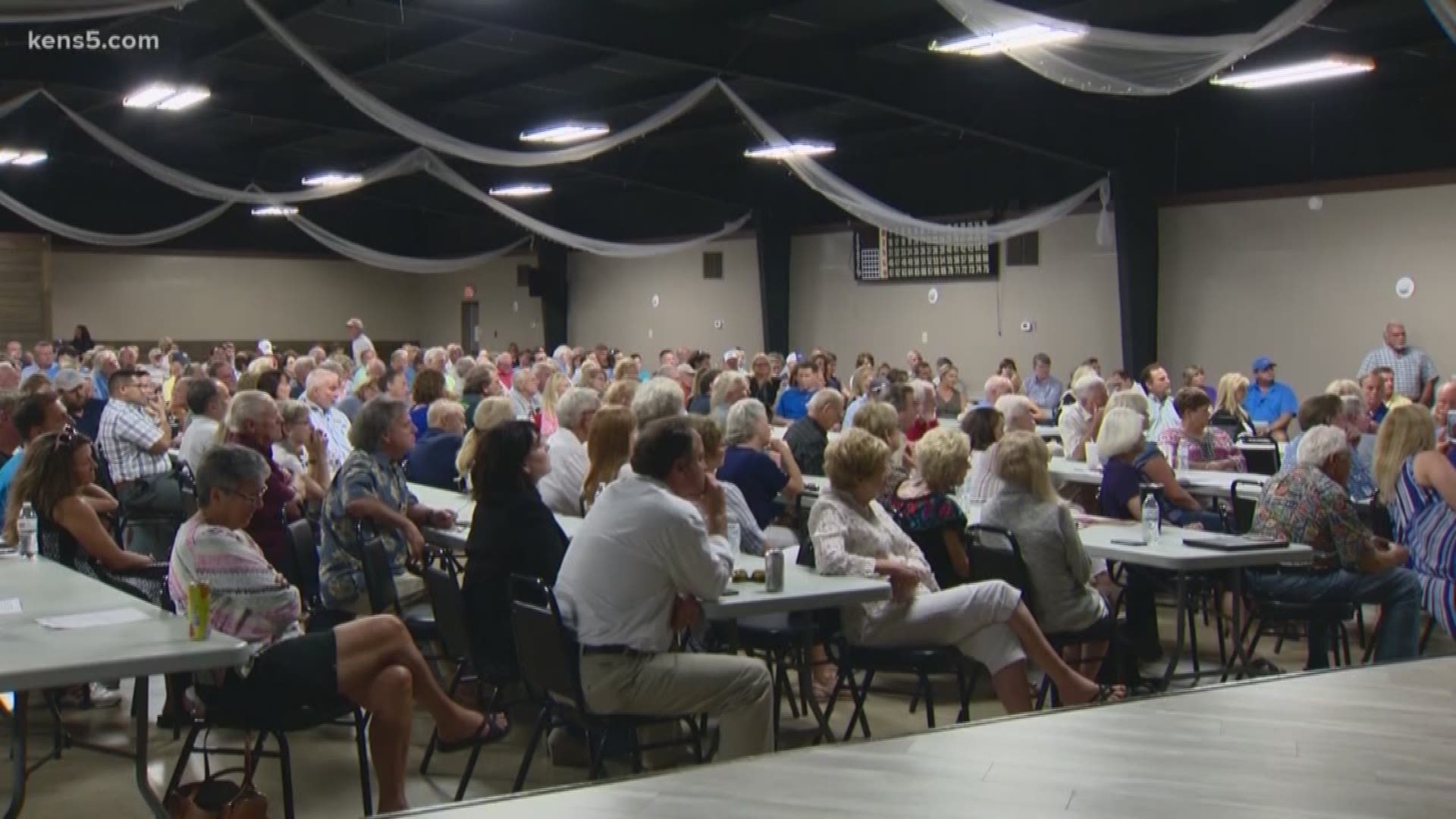 MCQUEENEY, Texas — With only weeks to go before the Guadalupe-Blanco River Authority moves forward with their plans to drain four lakes as part of the Lake Dunlap dam collapse fallout, the Friends of Lake McQueeney organization met Wednesday to discuss solutions to save their lake.

Close to 500 people packed the McQueeney Lions Club hall trying to find answers as they question the future of their lake.

Members of the organization listened to President Bob Spalten and attorney Steve Robinson lay out plans for both short-term and long-term solutions.

The main focus right now, Spalten said, is trying to stop the GBRA from de-watering the lake.

Robinson said there’s ongoing litigation to stop the drain, adding they plan to file a temporary restraining order against the GBRA to halt its plans. Spalten said they haven’t filed the restraining order yet because it is only good for 14 days, and they don’t want it to run out before the Sept. 16 deadline.

In another attempt to prevent draining the lakes, FOLM leaders said the Guadalupe County attorney, Dave Willborn, along with the other county leaders, drafted a safety plan mitigation plan and presented it to the GBRA this week.

In the plan, the lakes would be shut down, and fines would be imposed on people who violated the safety plan.

However, FOLM leaders said the plan was “promptly rejected” by GRBA leaders.

Robinson then outlined the long-term solution to create a Water Control and Improvement District which would create a tax to pay back bonds to repair and maintain the dam in the future.

“Your dollars will be paying for this problem,” Robinson said.

In order to create the water district, Robinson said they have to first seek both New Braunfels and Seguin city council approval.

The next step is to create a petition that must be signed by at least 50% of property owners that must in turn be passed through the Guadalupe County Commissioners Court.

After that, an election must be held to authorize tax rate and bonds to fund replacement or repair of the dam, and long-term maintenance.

Robinson said they hope to have the petition approved by Commissioner’s Court this fall, and call an election for the early part of 2020.

If all goes as planned, Spalten said details in regards to negotiations with the GBRA are still in the works.

The FOLM board said they are focused on fixing the problem.

“There’s thousands of people whose lives are going to be affected by this and we are working non-stop to try and prevent this,” Spalten said. “We’re in a war and leading the charge."