Tuesday's hearing was the latest in ongoing deliberations to decide whether the river authority is responsible for replacing aging dams in the region. 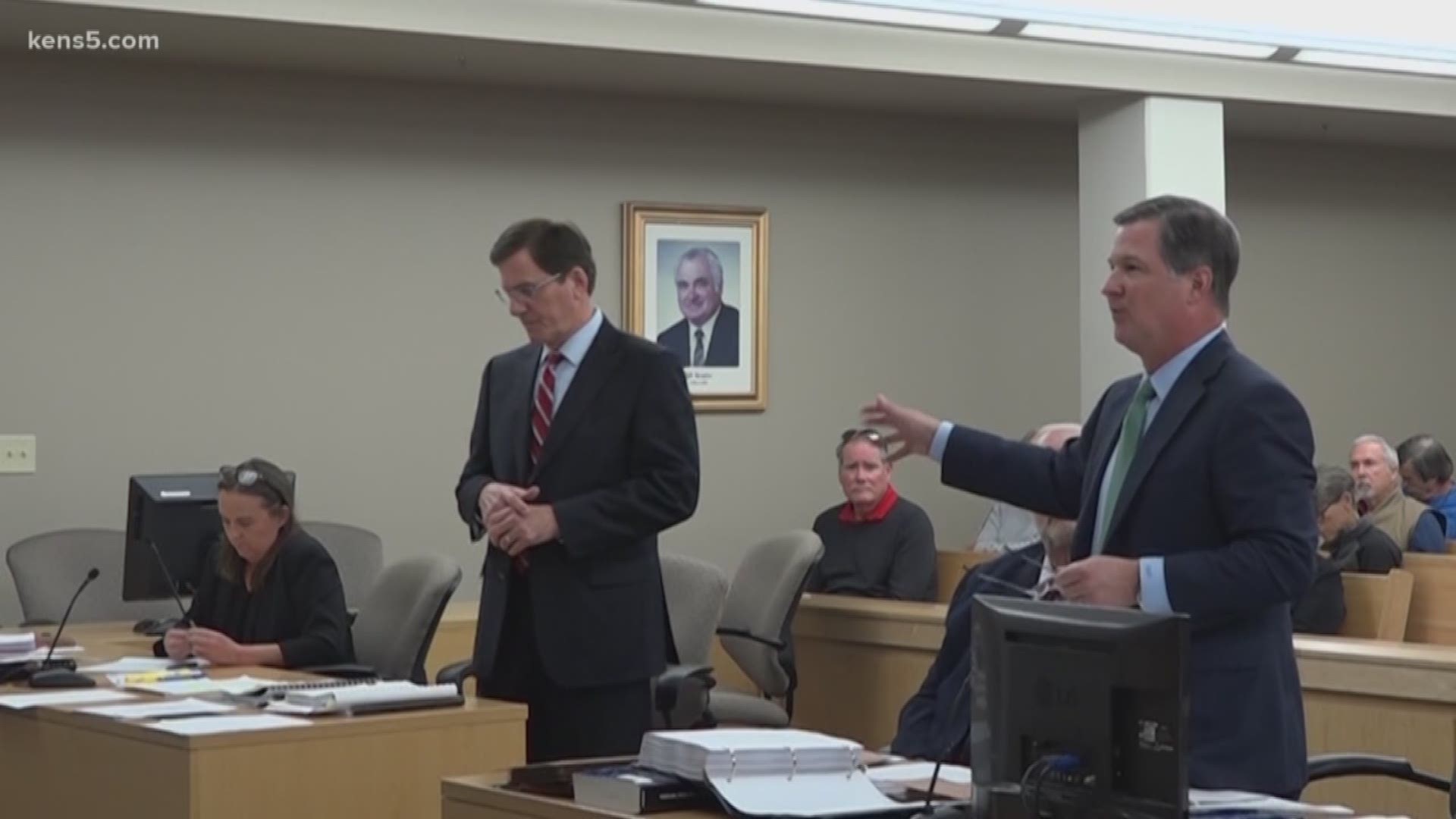 SEGUIN, Texas — It was another contentious day Tuesday in a Guadalupe County Courtroom as property owners who live along the Guadalupe Valley Lakes asked a judge to force the Guadalupe Blanco River Authority to hand over documents.

This hearing is the latest in the courtroom saga over whether or not the GBRA should be responsible for replacing the aging dams after a massive failure at Lake Dunlap last May.

The property owners have filed a lawsuit alleging the GBRA has known about the aging status of the dams, and that it purposely let them fail to rid themselves of the burden of maintaining them.

The plaintiffs recently filed a motion to compel the river authority to hand over documents they say should have been handed over months ago. Attorneys for the property owners said they are requesting the documents before moving forward with the discovery phase of the trial.

“When you have a catastrophic loss like that, you can imagine what the engineers, what the officers, what the directors are all saying to each other because they've got to be scattering at that time to find out what went wrong. ‘Did we do something wrong? Is it our maintenance? Is our problem? Is it our fault?’” said Doug Sutter, the attorney representing the property owners. “And that's what we have not been able to get from GBRA.”

However, new legal counsel representing the river authority said they’ve already complied and produced most of the requested documents.

“We've produced over almost 66,000 pages of documents. Everything that we have located about the dams, we've said it repeatedly that that's what the subject matter of this lawsuit’s about, and we've produced it,” said Travis Sales, an attorney with Baker Botts, the firm representing the GBRA.

Sales told the judge some of the documents requested had nothing to do with the lawsuit regarding the lakes and the dams.

However, Sutter said he wants to see GBRA expenditures, for example, because they may have a direct nexus to the claim that the river authority has made about not having the funds to replace the dams. Sutter claims the money may be being spent elsewhere.

Sales also brought to the judge’s attention what he referred to as “emotionally charged” social media posts in which he claimed GBRA leaders are being attacked and threatened.

“I know that this is an emotionally-charged issue for a lot of people, on a lot of different sides and issues, but this is civil litigation,” Sales said after the hearing.

Sales and his team then went on to accuse Sutter of trying to “police” the GBRA.

“We're not trying to police how they do their jobs," Sutter responded, after the hearing. "What we're trying to do is to require them to do their job properly with regard to the dams."

Some property owners agreed, saying it was their right to know how the GBRA has been maintaining the dams and handling money.

“Our taxpayers pay their salary. They are a state agency. They're non-profit, and we pay for that. We can police it if we want to,” said property owner Wendy Salazar.

Salazar owns lakefront property along Lake Placid, and said she and her husband could lose hundreds of thousands of dollars if the dams aren’t replaced.

“That doesn't mean we're rich river-dwellers. It means we made a good investment that was backed up by the State of Texas to keep that property we bought and that water we paid for as it is,” Salazar said. “And they failed to do that. So, yeah, it's personal.”

After nearly two hours of deliberations from both sides, visiting Judge Stephen Ables ruled that the river authority must turn over most of the documents requested from the plaintiffs.

However, Ables did make some exceptions. He denied the request for anything pertaining to alleged land deals among board members, and discussions with New Braunfels Utilities over water sales. Ables said those issues were discussed “ad nauseum” in the last hearing.

Ables said Sutter could file a later motion with the court if he wants to move forward with requesting those documents.

Ables also said the request for anything pertaining to potential sales of the dams was also denied, saying it’s simply speculation.

“Where he denied their request was when they were getting off in these collateral sources about other issues for which really don't have any relevance to the actual lake litigation,” Sales said.

The GBRA now has 30 days to gather the documents and turn them over to the plaintiff’s attorneys.

Sutter said they will move forward with the depositions as soon as possible after they’ve reviewed the new documents.