KENS 5 reported on the video posted to social media encouraging Justin Timberlake to visit the hospital before his weekend concert. 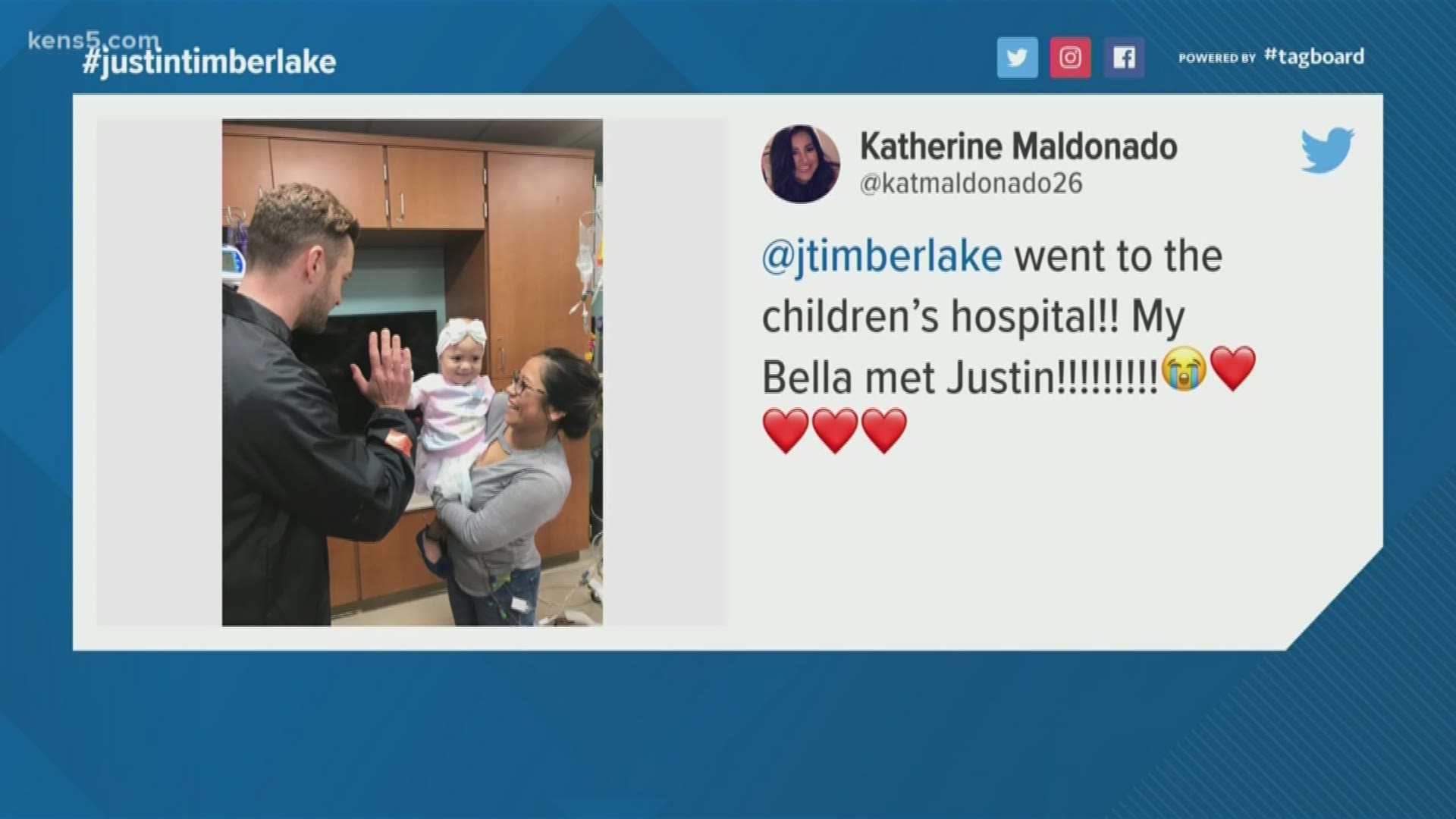 SAN ANTONIO — On Thursday KENS 5 reported that the young patients and contemporary pop music admirers at Methodist Children’s Hospital created signs and a video trying to woo Justin Timberlake into visiting as he passes through San Antonio for a show.

"The kids are so strong, it's inspirational," Timberlake can be heard saying in a video posted to Twitter.

Upon seeing KENS 5's Thursday report, a local teacher decided to donate the tickets she had bought for Saturday's concert to one of the patients featured in the hospital's initial video.

As of Friday, it looks like she's not the only one at the hospital who was treated to meeting JT, who took the time to pose with hospital staff and patients.