Before Jake Ehlinger was a Texas Longhorn, he was a Westlake Chaparral. 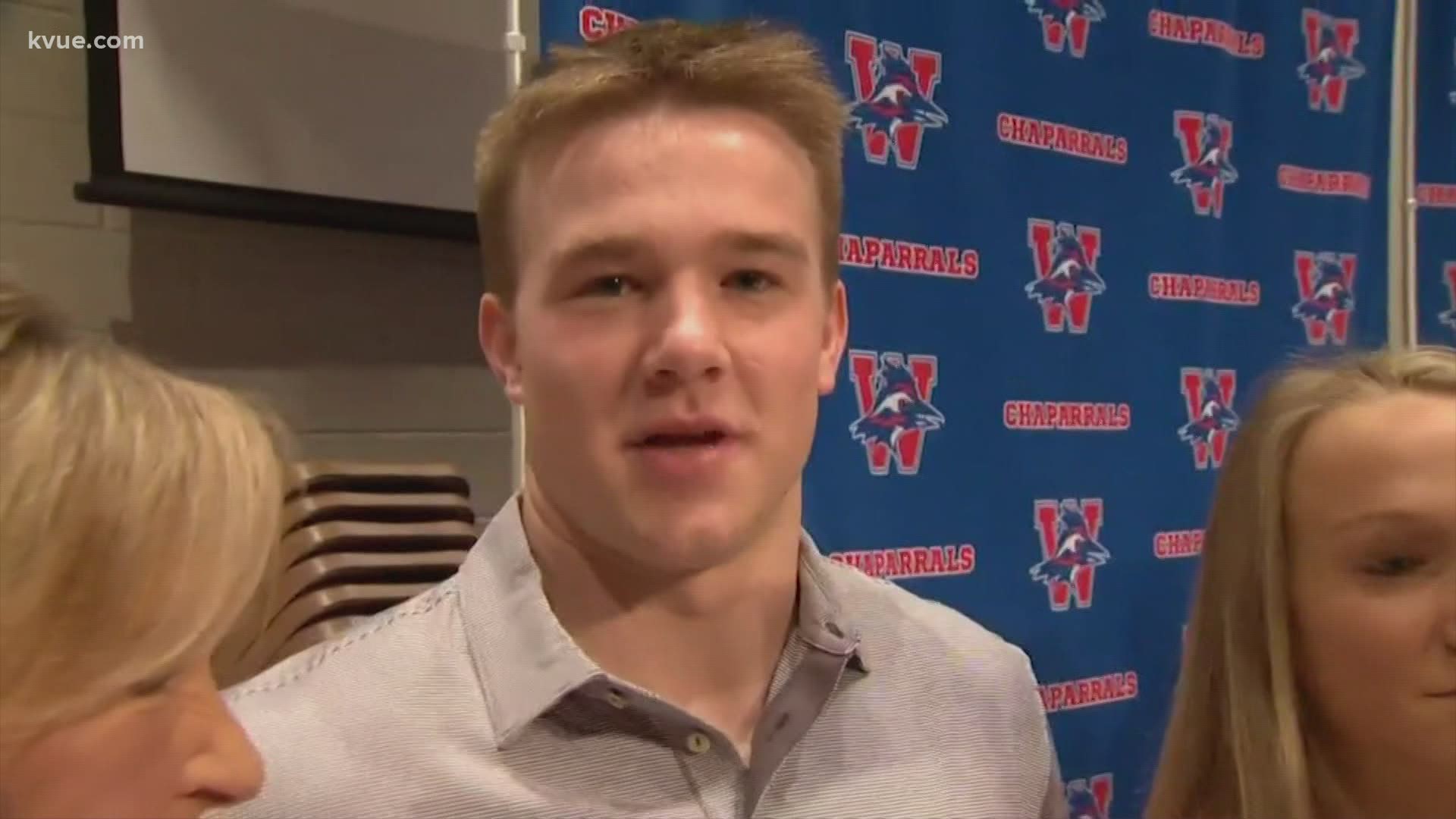 AUSTIN, Texas — University of Texas linebacker Jake Ehlinger, 20, was found dead off campus on Thursday afternoon. No cause of death has been released, but police said his death is not considered suspicious.

But before he was a Longhorn, Ehlinger was a Westlake Chaparrel.

Westlake has a powerhouse football legacy, winning a state championship this past season. On Friday, the team held its championship ring ceremony – a bittersweet occasion in the wake of Ehlinger's death.

He also said Ehlinger's mom, Jena, and big brother, former UT quarterback Sam Ehlinger, were out of town when they got the news. But right when they made it back to Austin, Dodge met up with them to try to offer some sort of comfort.

Dodge said when he stepped foot in the Ehlinger home, he felt "unimaginable grief."

"I mean just, it's just heartbreaking, you know? And there's nothing that's going to change that for a little while. He's just a good boy, just such a sweet boy. And I'll always love him," Dodge said.

Dodge pointed out that this is the second time this year that the Westlake football family has been hit with tragedy. Former player Jackson Coaker died in a rollover crash in West Austin this March.

Dodge said he has five or six guys in particular in his program who were extremely close to both Ehlinger and Coaker, and he's going to personally counsel them but also offer professional help for those who need it.

A Texas soldier reported sexual harassment. Then, she became the subject of a potentially career-ending investigation

I-35 to U.S. 183 flyover implosion planned for Saturday