It isn't traditional, but this school gives kids a chance at a normal life

At SJRC Texas, foster children are getting a chance to experience a childhood they've never had before. 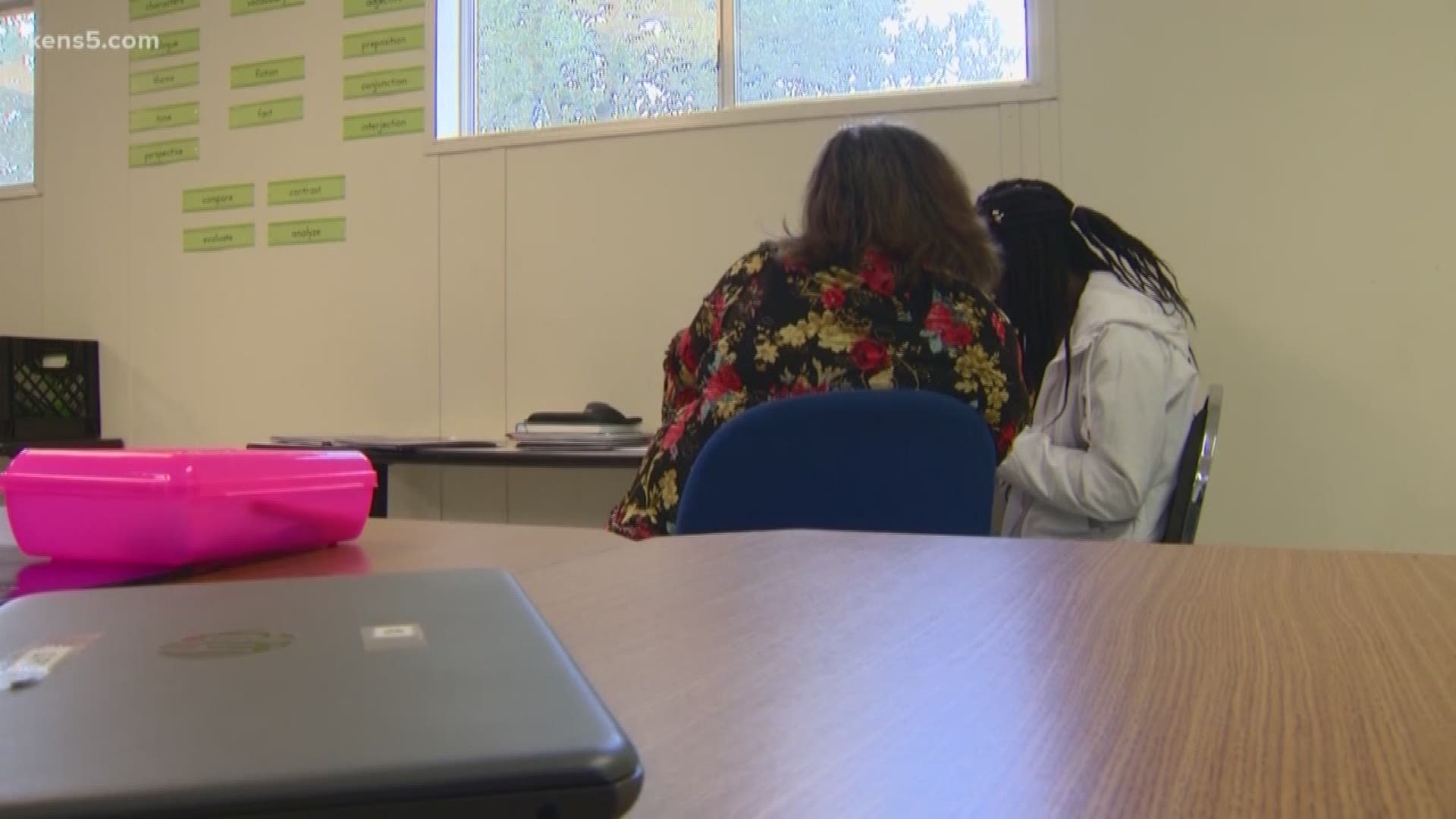 BULVERDE, Texas — It’s not a traditional school, but kids who come here finally have their chance to have a normal life.

Tiaysia Warren said she now has a new focus on her life after finding SJRC Texas.

“When I moved to Texas, I was down here by myself pretty much,” Warren said.

A few years ago, Warren had moved around to different family members’ homes, until her cousin said she was going into the CPS system.

Alone and afraid, Warren didn’t know where to turn. She was suddenly thrust into the foster system with her 5-month-old baby.

“I was just scared and confused, and it was hard because I had my baby, too,” said Warren. “I didn’t really feel loved.”

Warren was placed in a foster home in Houston that only lasted a few weeks, and she had lost custody of her child.

Lost, Warren found herself at SJRC Texas, and suddenly her life began to change.

“We’re not like regular kids, we feel different, but here we can just feel like ourselves,” said Warren.

Warren was able to regain custody of her child, Tristan, and found a home at SJRC Texas.

The SJRC Texas ranch, hidden in the hills of Bulverde, is a home and school for foster children.

Roussett said many of the children come to the ranch with nothing but a trash bag of belongings, some arrive with nothing.

“We are giving the kids an opportunity for childhood, all of them are coming from backgrounds of extreme trauma, abuse, abandonment, neglect,” Roussett said.

Staff at SJRC provide the children have clothes, food and other necessities, and also make sure they catch up on their education.

The school is a charter campus run through the University of Texas.

“Education is something that truly can’t be taken away. So when our kids are here and they’re getting a quality education, it’s something they will have for the rest of their lives.  It makes everything up to that moment worth it because we know we’re setting them up for success,” Roussett said.

And, because of SJRC, Warren is now on that path to success.

She lives at the SJRC facility in New Braunfels which houses young mothers and their children. Staff with SJRC bus the mothers to the main facility in Bulverde every day to attend class.

“I’m motivated because of my son,” Warren said. “It feels like you’re not alone, you have somebody all the time.”

The now-18-year-old mother is four credits away from earning her high school diploma and has a steady job. She said she plans on going to college to study nursing.

“I’ve been through a lot and I made it this far, so I can’t stop,” Warren said.

Roussett said foster care in Texas is not 100% funded by the state.

Roussett said the SJRC has to raise at least $2 million a year to keep the facility open and continue helping foster children, and rely on donations from the community.

If you’d like to learn more about the SJRC or make a donation to help more children, follow this link.