'I am hurt, quite frankly': At vigil for SA man killed by Bexar Co. deputies, family discusses the reform they want to see

Damian served and survived two tours in Afghanistan before losing his life at the age of 30 outside his home in San Antonio. 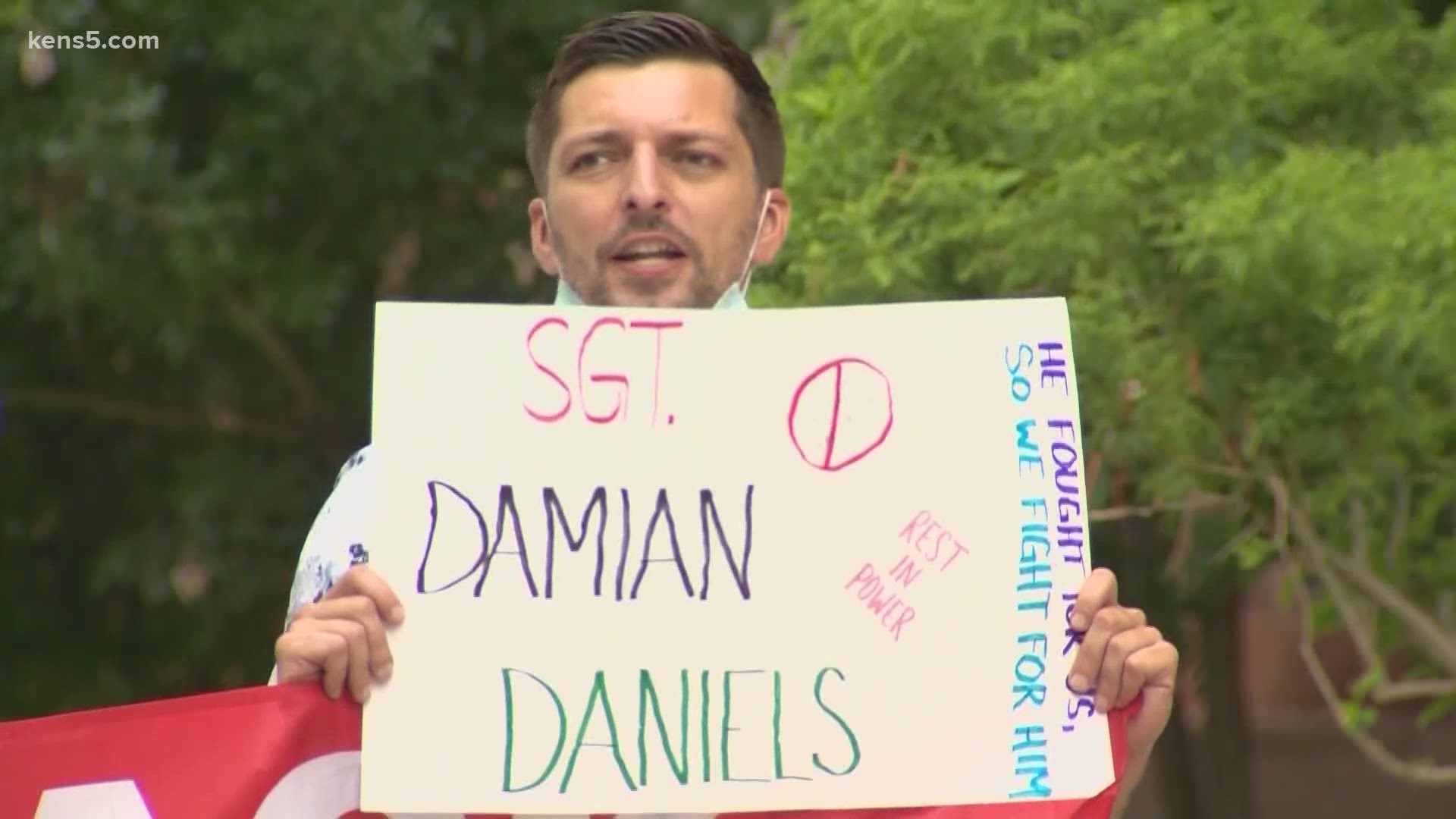 SAN ANTONIO — A vigil for a combat veteran who was shot and killed by a Bexar County deputy was held on Wednesday evening.

The death of Damian Daniels in late August has sparked community outrage and a demand for change in the way law enforcement responds to mental health calls. Damian's brother, Brendan Daniels, said the family is pushing for reform at the Bexar County Sheriff's Office, and says he also wants Sheriff Javier Salazar to step down.

"My brother has never lost a battle until now," Brendan said.

Damian served and survived two tours in Afghanistan before losing his life at the age of 30 outside his home off Liberty Field in west San Antonio.

"I am hurt, quite frankly," his brother said.

Brendan said his brother should still be here today.

"This is a situation that could have been avoided," he said.

Salazar has said that, when deputies arrived, it was apparent that Daniels was despondent, and also reportedly suicidal after several deaths in the family. He said that deputies spent upwards of 30 minutes speaking to him and attempting to bond with him.

The family's civil rights attorney, Lee Merritt, disagreed with BCSO's claims that Daniels was suicidal. He said the incident that happened the day he died was his first mental health episode.

Salazar said that they wanted to get Daniels mental health help, but it became apparent that he was not going to come along. He said when deputies moved close to him, he grabbed a deputy's taser before another deputy used their taser, but it had no effect. After he grabbed the taser, a struggle ensued for more than two minutes, which Salazar said is an "eternity" for those in the heat of the moment.

The sheriff said he has seen body camera footage that shows deputies telling Daniels to drop his weapon, which was in a holster on his hip. He said he did not comply, and one of the deputies eventually shot him twice. Daniels died at the scene.

"I believe law enforcement shouldn't respond to calls like this," Brandan Daniels said.

"Once they realize a person is in a state of mental health, I believe the proper mental health professionals should be contacted," Brendan said.

"I thought a mental health professional should have been sent out there," Wolff said.

Merritt, meanwhile, is asking for an outside investigation.

"He was living his best life, but unfortunately it was cut off. There is no way the sherriff's office should be investigating themselves."

At a news conference last week, Salazar said the deputies who responded to the scene didn't have to time to call the mental health unit. When asked why they were sent in the first place, he said it is their protocol to have patrol deputies respond, and that is who was dispatched.

He also said he doesn't believe the deputies in the mental health unit would have done anything differently.

The family is hoping the DA will present the case to a grand jury.