How much money has San Antonio's temporary migrant shelter cost taxpayers so far?

A few months after opening a temporary shelter downtown, hundreds of employees have clocked thousands of hours voluntarily helping migrants during work time. 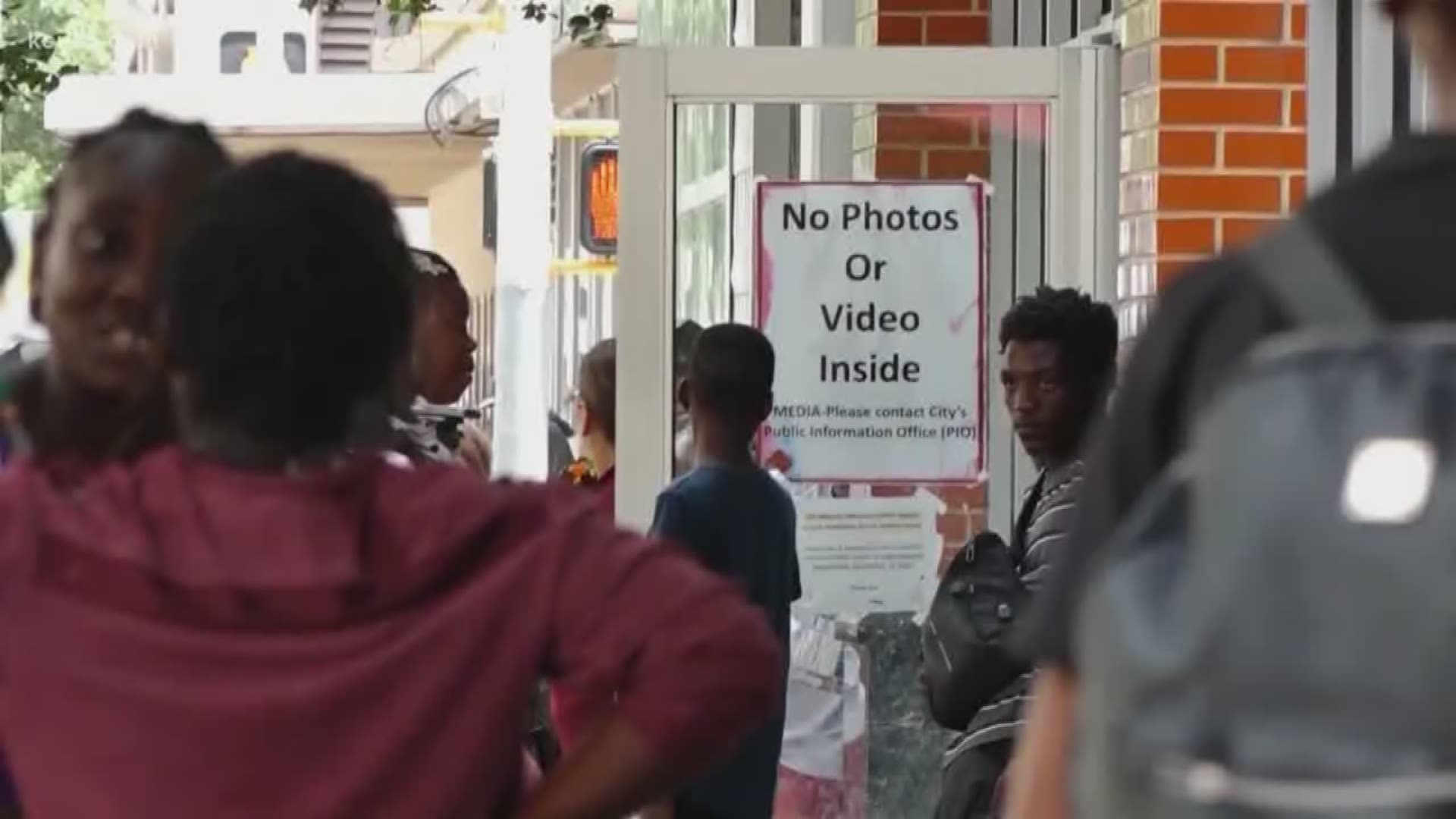 SAN ANTONIO — More than three months after the City of San Antonio opened a downtown shelter to assist migrants passing through the metro, nearly a quarter of a million dollars in taxpayer money has been used in the effort.

The surge of migrants continues at the border and hundreds keep arriving every day in the Alamo City. Meanwhile, the migrant center set up at a Greyhound bus station is costing the city big money.

Nearly 22,000 migrants seeking asylum have walked through the shelter's doors after opening March 30. Since the date, the city has spent approximately $240,000 helping them, according to spokesperson Roland Martinez.

Not only has the city spend those hundreds of thousands of dollars, but its employees are also working at the resource center.

"Me, personally, and a lot of my fellow employees see these migrants as fellow human beings," Martinez said.

RELATED: The arduous process of identifying migrants who never complete their journey

In the spring, city leaders sent a letter to its 12,000 employees asking them to volunteer to work at the resource center, a time during which they're still getting paid by the city. Martinez said employees are not required to volunteer at the center, but almost 900 of them have clocked 14,000 hours of work since the letter's dissemination.

"I would say we live by our four core values: Teamwork, integrity, innovation and professionalism," Martinez said. "It is what we do as a city from the top level to the employees in the field. We provide that service with compassion."

While the shelter is supposed to be temporary, Martinez said it's expected to remain open for the next several months. The center still sees about 200 to 400 migrants a day, and the city is partnering with other agencies in its efforts to help them.