Volunteers pay tribute to 9/11, pay it forward to all who served nation

More than a hundred volunteers helped transform a wounded warrior’s new home—work carried out in honor of the lives lost during the 9/11 attacks. 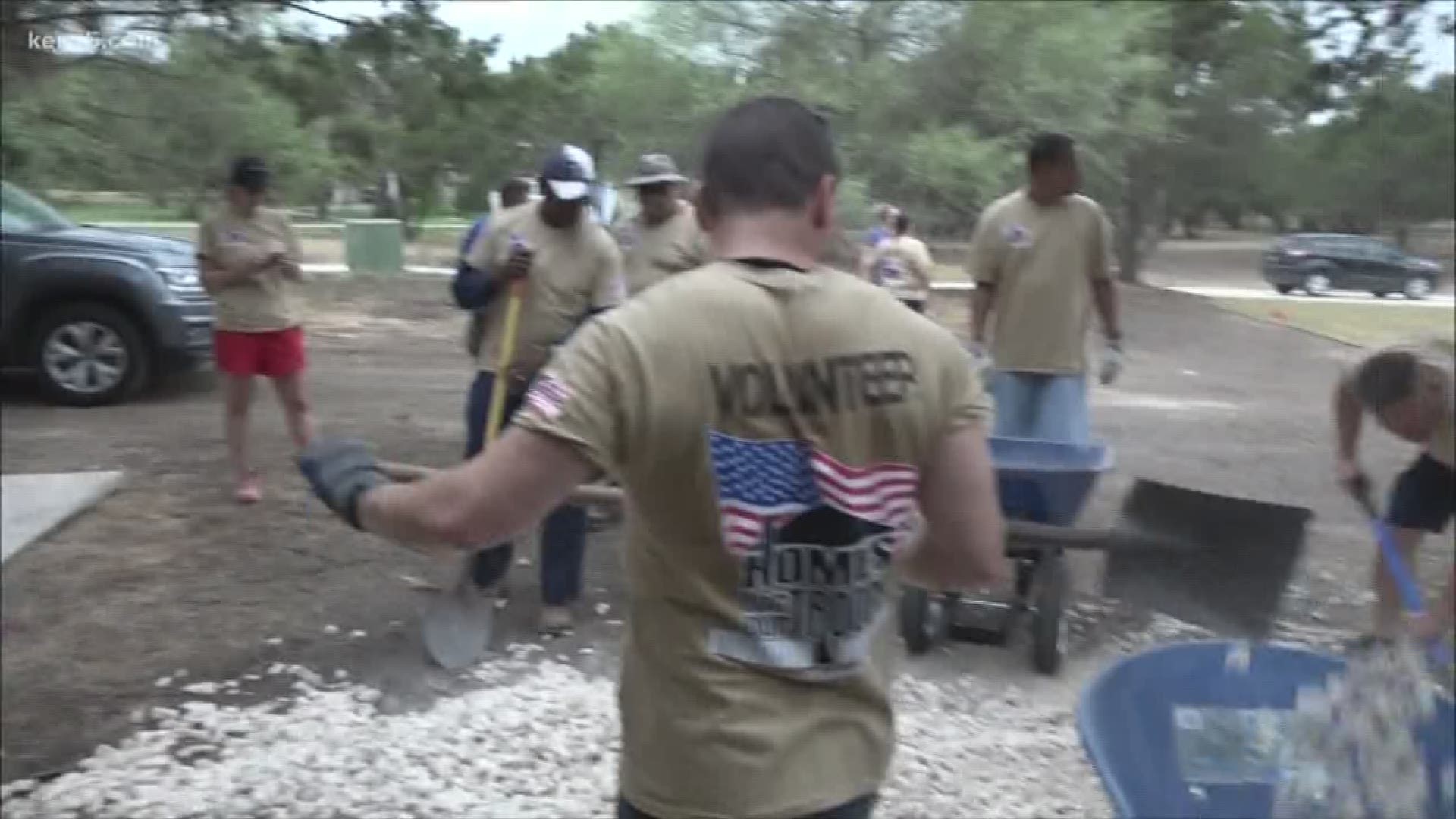 GARDEN RIDGE, Texas — On Wednesday, for the Sept. 11th National Day of Service and Remembrance, more than a hundred volunteers joined the nonprofit organization Home For Our Troops to work on a special project: Transforming the landscape of Sgt. LisaMarie Wiley’s new home in Garden Ridge.

Credit: Home For Our Troops

On Nov. 20, 2011, Wiley was on a mission when she stepped on an IED. The blast resulted in the loss of her left leg below her knee.

“I was in an intelligence collector. What I was able to report on was the technology of the IEDs in the area. It was common to put glass between pressure plates so the bomb would detonate in the middle of the formation. People in front of you would break up the glass until that person got to it where metal touched metal,” described Wiley in a video by Home For Our Troops. “We step in each other’s footsteps. 180-pound man, another 200-pound man, plus his gear. They broke it up just for me to step on it.”

Wiley described how day-to-day tasks became challenging, even just taking a shower. Her home was not equipped for an amputee, and she would slip or trip over carpet.

“You can’t pick up your toe or your wheelchair is little and gets caught,” she said. “I've broken the glass in the shower twice with my face, falling.”

Home For Our Troops stepped in to provide a custom-built home for Wiley and her fiancée, Matt Ryals. This marks the 284th home the nonprofit has helped build across 42 states.

“We look at our mission really as a moral obligation to our country. To take care of these veterans for what they served and sacrificed on our behalf. So, we can continue to enjoy the freedoms that we do every day,” said Tom Landwermeyer, Home For Our Troops president and CEO.

One volunteer shared how her husband received a home from the nonprofit organization. Pam Frustaglio said in 2005 that he was injured in Iraq and lost both of his legs. She said it was important for her to be at the event.

“The community has not forgotten all of our men and women who lost their lives on 9/11, 18 years ago," Frustaglio said. "This is the way that the community continues to remember them and honor them by paying it forward."

Wiley will officially receive her new home at a key ceremony on Saturday. To learn more about her story, click here.