Winter shelter offers help to the homeless in New Braunfels

The 60-day shelter is the first of its kind for the city. 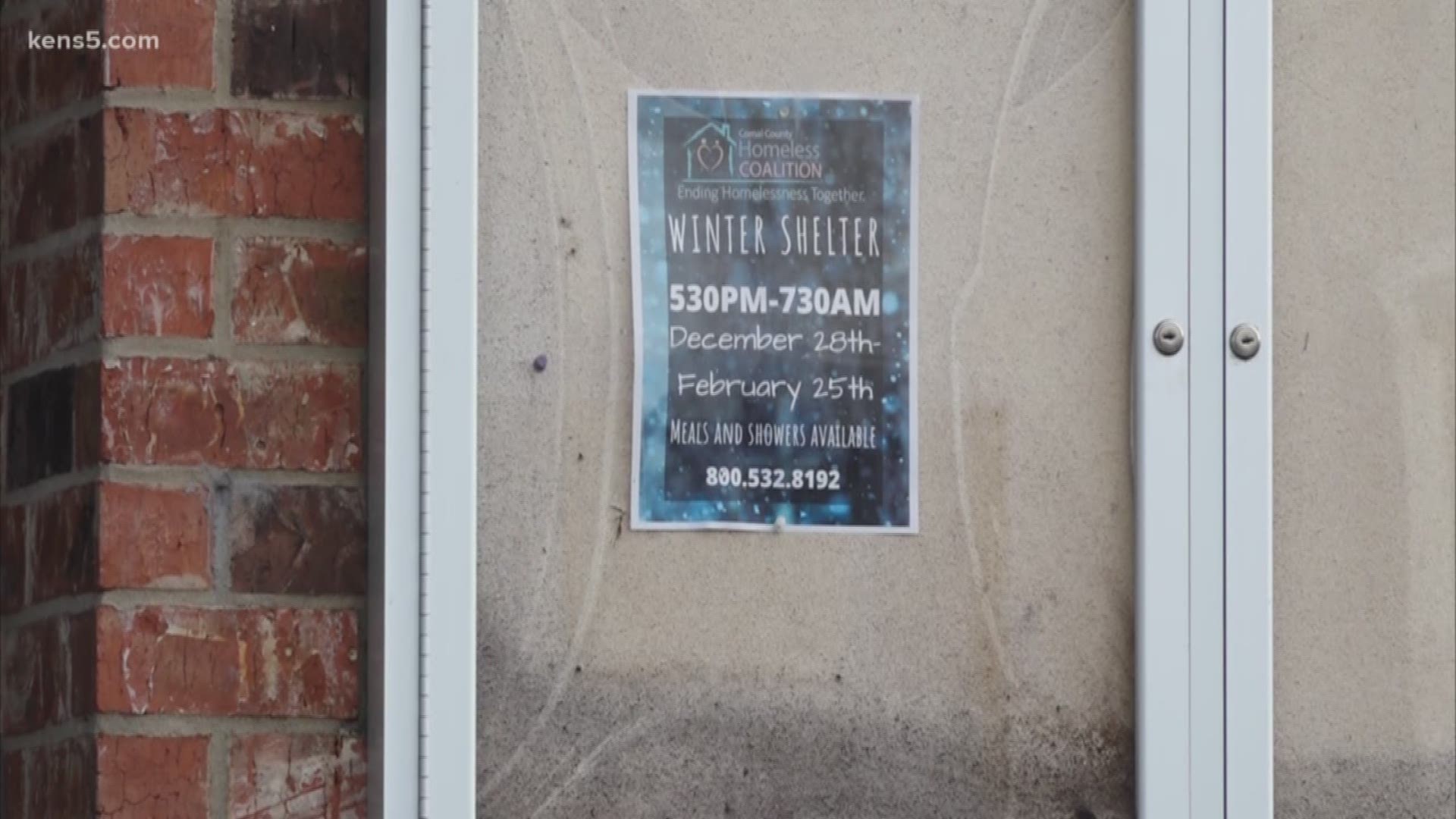 NEW BRAUNFELS, Texas — A winter shelter for the homeless in New Braunfels is the first of its kind for the city. The 60-day shelter welcomes about 14 people per night.

Before the doors opened late last month, the homeless population could find a warm place to sleep at Gruene United Methodist Church. The cold-weather shelter would open on nights where the temperature hit 35 degrees or colder. Groups who work with the homeless and other community members in need saw that a shelter could help on warmer days as well.

“Having that uncertainty was confusing for the homeless that we’ve talked to and we thought this is a good time for us to really study what are the main issues that our homeless residents are facing and how can we better help them get on their feet,” said Kelly Stallings, the executive director of Connections.

Her organization teamed up with the Comal County Homeless Coalition and the McKenna Foundation to open the winter shelter. The space offers a safe place to sleep from 5:30 p.m. to 7:30 a.m. A meal, snacks and showers are also available.

The Salvation Army, the New Braunfels Food Bank, the City of New Braunfels Housing Authority and the Hill Country Mental Health Center have also been important partners in the project.

Since opening, the winter shelter has helped 40 people. On average, 14 people spend the night. There are separate spaces for men and women, and guests can also bring their pets.

According to the results of a point-in-time count of the homeless in Comal County, 49% became homeless in New Braunfels. Stallings believes that percentage could be even higher now.

The data also shows that 44% have been homeless at another time in the past 12 months.

“When you have a growing population that is moving towards big-city population, then you also have big-city issues," she said. "So people who are from here are also becoming homeless here, and we need to do something about it.”

The winter shelter will offer services through Feb. 25. Then, the groups involved in the project will see what it will take to create a permanent shelter or if other resources are needed for the area.

Donations and volunteers are needed to help with the shelter. To get involved, contact Connections. You can visit their website or call (830) 629-6571.

OTHER STORIES FROM KENS5: