New Braunfels firefighters were able to test everyone at local nursing homes in just one week. 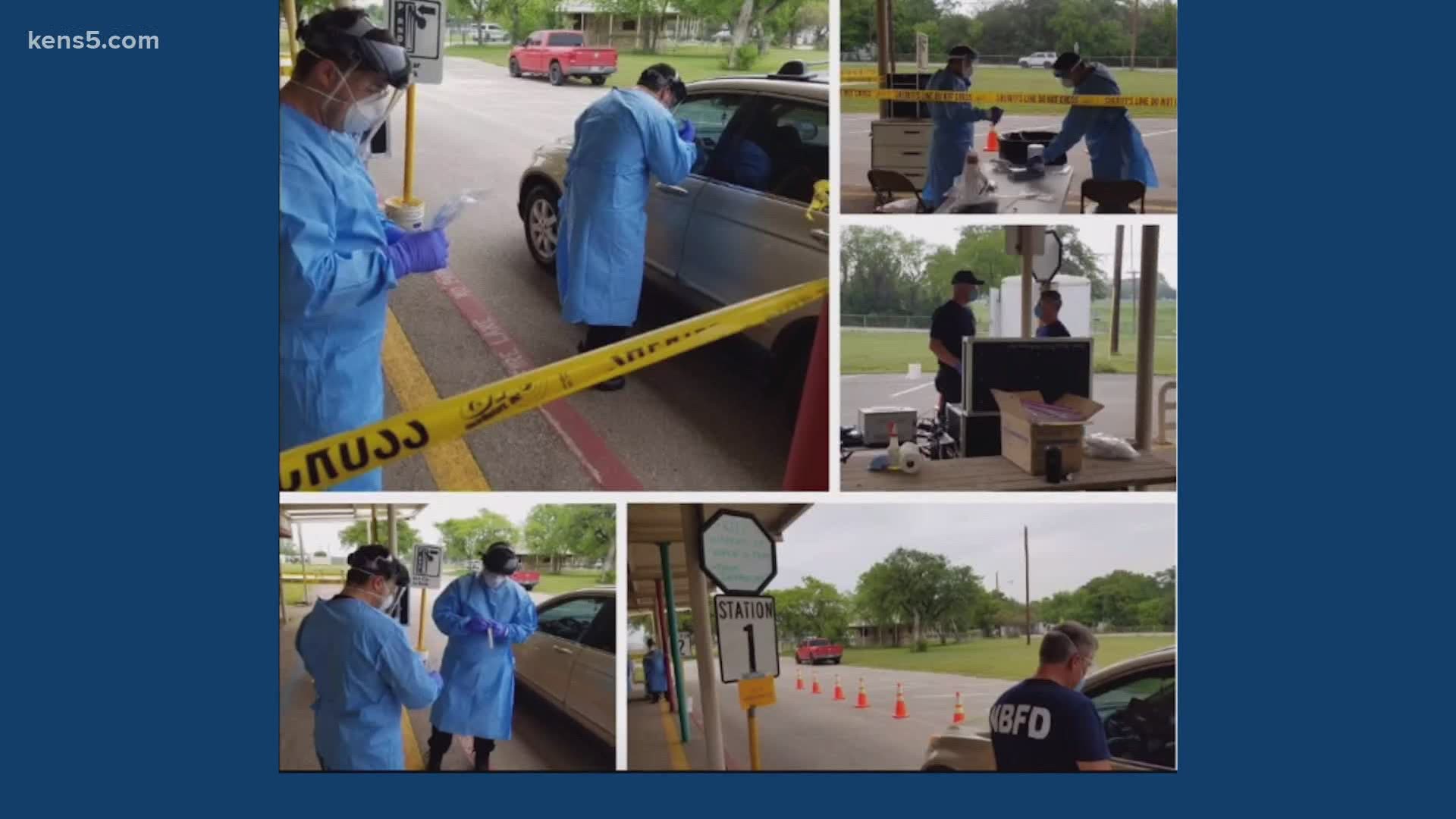 COMAL COUNTY, Texas — On May 11, Gov. Greg Abbott ordered that all Texas nursing home residents and staff to be tested for the virus. A few weeks later, New Braunfels firefighters are done swabbing and results are being posted.

NBFD firefighters were able to test everyone at local nursing facilities in just one week. So far, no nursing home residents have tested positive for the novel coronavirus in Comal County.

There are still 50 test results pending, but more than 1,400 tests that came back were negative.

Most were carried out by the fire department, but one area nursing home called in a contractor to do the testing.

Comal County officials also reported that a medical practitioner who provides services to residents at EdenHill Communities has tested positive for the virus. The healthcare worker does not live locally, so their result is not being included in the county’s case count.

This week, NBFD is back to manning a drive-thru testing site in town after it was closed for a few days to complete nursing home-testing efforts.

According to City Manager Robert Camareno, 1,229 tests were carried out between four local facilities by two teams made up of three firefighters each, with a supervisor overlooking the initiative.

“Very proud of the work that they did," Camareno said.

Abbott on Wednesday announced that millions of dollars in funding would be funneled to nursing facilities to buy tablets, webcams and headphones. The technology would connect residents with their loved ones who can’t visit during the ongoing pandemic.

RELATED: Comal River reopens for recreation after it was closed due to weekend storms