The men hope Texas considers giving veteran groups more exemptions that would allow other posts to reopen without taking a hit to their already strained finances. 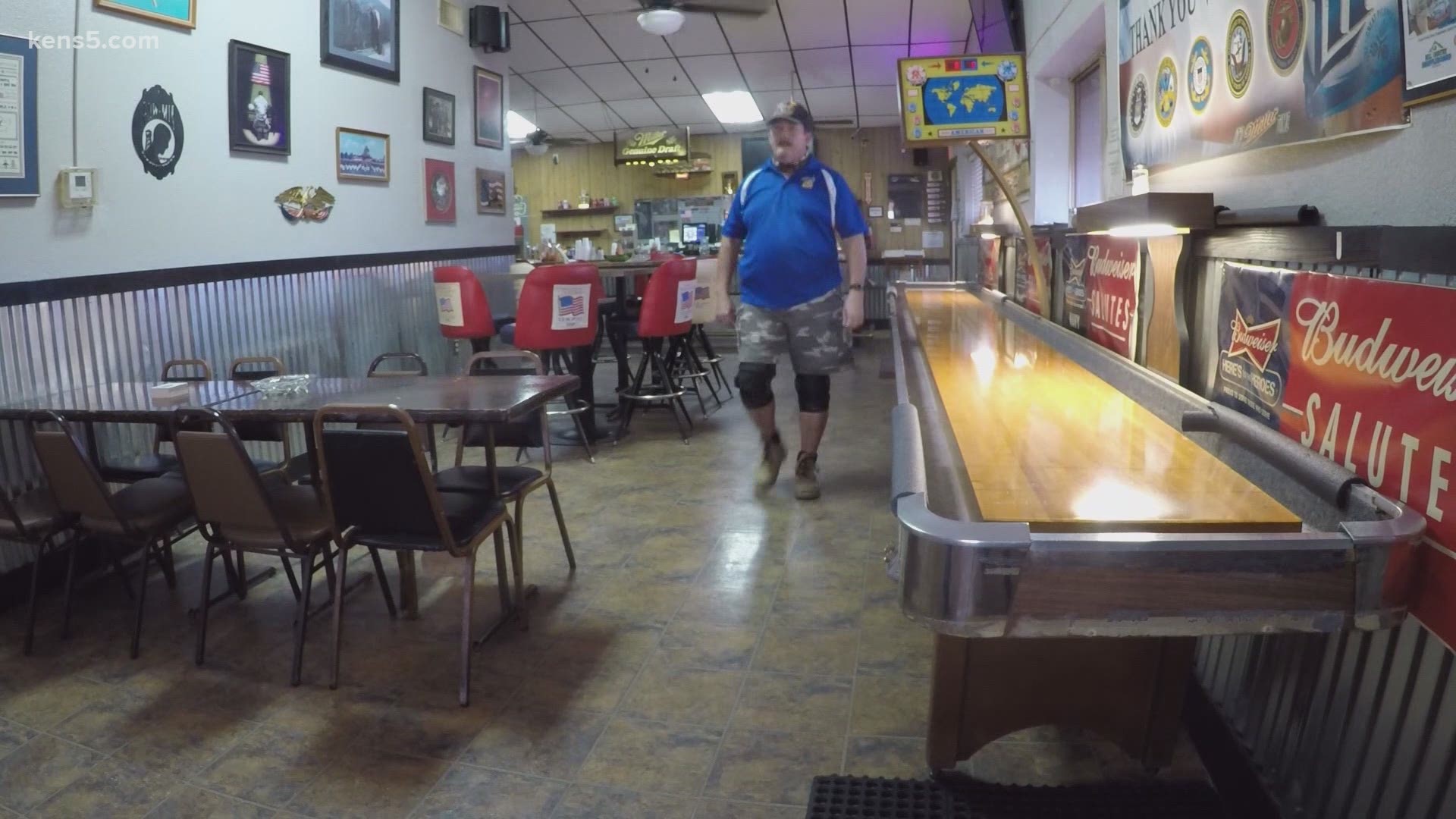 COMAL COUNTY, Texas — A VFW post in Startzville, near Canyon Lake, is welcoming the public and veterans back this week.

The reopening (with restrictions) comes nearly two weeks after the Texas Alcoholic Beverage Commission (TABC) rolled out a plan for VFW posts wanting to reopen.

Other posts in the Hill Country, however, have not been able to implement the plan at this point.

He says service is at the heart of the group’s mission.

These men are also passionate about combating the veteran suicide statistics of 20 per day in the U.S.

He believes VFW posts help prevent the isolation that may lead to suicidal behavior.

“A lot of veterans view this as a place to come to, to get to help and get the assistance they need,” Brannan said. “This is one of those places that the veterans can go to and feel comfortable and not be embarrassed or feel ashamed of what's going on with their life.”

Like all groups in the area, the coronavirus pandemic has their work on hold.

“For many of us, finding ways to assist our fellow veterans is part of daily life,” said TABC Chairman Kevin Lilly in a statement about the plan. “This program exemplifies our agency’s dedication to supporting those who have served our nation.”

Post 8800 decided to suspend their alcohol license in order to reopen.

“(They) opened up on Saturday. They went ahead and suspended their license and worked with TABC, although not the preferred method,” said Brannan. “They put the mission of the VFW before anything else and they opened."

The hall is open to veterans and the public seven days a week from 2 p.m. to midnight. Bingo is held on Thursdays and burger night on Fridays. Post 8800 is allowing BYOB since they won’t be selling any beer. Capacity restrictions are in place and health protecting safety measures will be enforced.

“Cleanliness is very important to us because we are having the veterans (in the) more experienced population; they're more concerned. So we take that extra step to protect them,” Brannan said. “We still follow the governor’s guidance, the national and the state and the local guidance of wearing the face coverings, six feet distancing, 50% capacity.”

District 5 includes 13 VFW posts in the area, totaling over 2,300 members. Brannan says so far, the Startzville post is the only one that’s been able to reopen.

“Other posts, they're not able to do it because of the financial strain of their costs. The requirement is not just a couple of clicks on the computer,” he said. “It costs money associated with that, which a lot of the posts don't have because of the pandemic.”

The men are hoping Texas considers giving veteran groups more exemptions that would allow them to reopen without taking a hit in their already strained finances.

“The big push that we're trying to do right now, is to get folks to understand that we're more than just a canteen. We're part of the community. We’re essential,” Brannan said. “We’re the cornerstone in some places because we do have a lot of rural areas.”

TABC said their plan, announced on Sept. 4, was in response to concerns from VFW halls and similar facilities.

"The new plan, which was jointly developed by TABC, the VFW and state elected officials, provides multiple options for veterans’ services groups looking to reopen their doors," a release on the TABC plan explained.