Once complete in 2022, the Apple Seeds Apartments will provide transitional housing for working families who are income constrained. 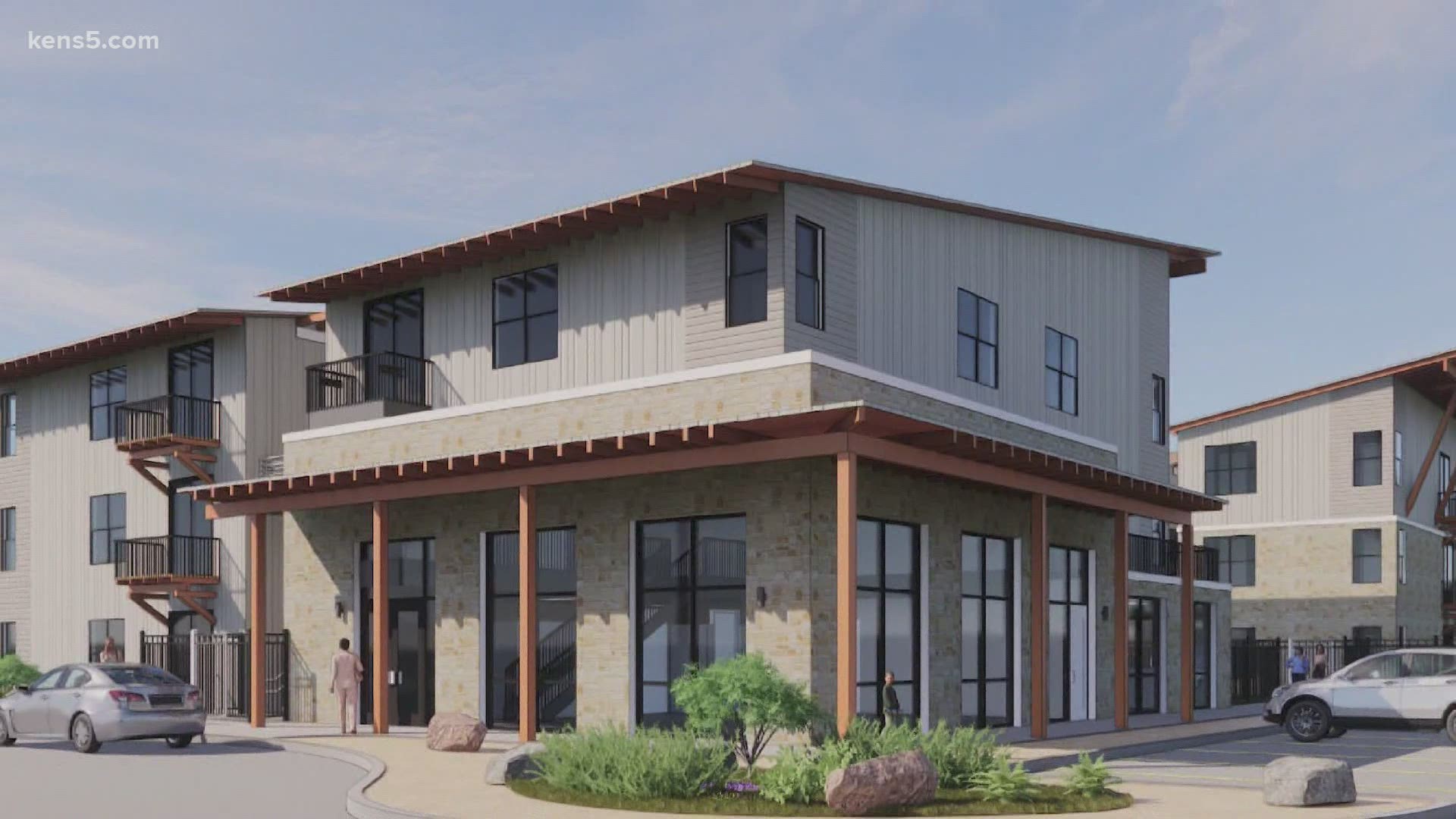 NEW BRAUNFELS, Texas — Taking away hunger and now tackling a need for Housing; the San Antonio Food Bank is starting a new project offering families in New Braunfels a place to stay.

A planned apartment complex will set the families up for a brighter future.

Following the mission of food for today, tomorrow and a lifetime, the San Antonio and New Braunfels Food Banks are known for emergency and mega food distributions.

The facilities also plant seeds for a stable and successful future for the families they serve.

In New Braunfels, a unique need required a special solution.

In a few months, empty acreage next to the New Braunfels Food Bank will turn into a construction zone.

Once complete, the Apple Seeds Apartments will provide transitional housing for working families who are income constrained.

Credit: The San Antonio Food Bank
A rendering shows what the future Apple Seeds Apartments will look like once construction in New Braunfels is completed.

“New Braunfels has been one of the fastest growing cities in the United States. The cost of housing has moved up quickly, which has caused a lot of the residents in those lower-tier jobs to have to move out of the city because they can't afford to live and work in the city,” said the San Antonio Food Bank President and CEO Eric Cooper. “Their kids now are moved out of some of the great schools that New Braunfels has to offer.”

A 2018 housing study shows, on average, a worker would have to make at least $20 an hour to afford rent in New Braunfels. In addition, starting prices for new single-family homes in the city excluded incomes less than $60,000. At the time, about 35% of New Braunfels households could not meet those income requirements.

The planned 51-unit complex on South Seguin Avenue will give working families two to three years to finish school or train for a promotion while saving money.

Tenants will pay a reduced rent, part of which goes into a savings account that can be used for a house down payment or tuition expenses when they move out.

A variety of self-improvement and career-bolstering programs will also be offered to families.

“It's an opportunity to see maybe a totally different destiny and the families to be given a ‘hand up’ in this approach,” said Cooper.

The project comes with a $9 million price tag. Funding from the McKenna Foundation and the Kronkosky Foundation got the ball rolling, but the Food Bank still needs donations to get across the goal line.

“It starts with the seed but it hopefully grows into a tree that ultimately bears fruit for their loved ones,” said Cooper.

Plans for the complex have been finalized. Cooper says the next step is to take bids on the project to secure a general contractor.

The complex is expected to open during the summer of 2022.

The New Braunfels Food Bank will review their client list and confer with nonprofits in Comal County to determine eligible, working families who will be approved for the temporary housing program.