A reward up to $4,000 is up for grabs for information that leads authorities to the suspect. 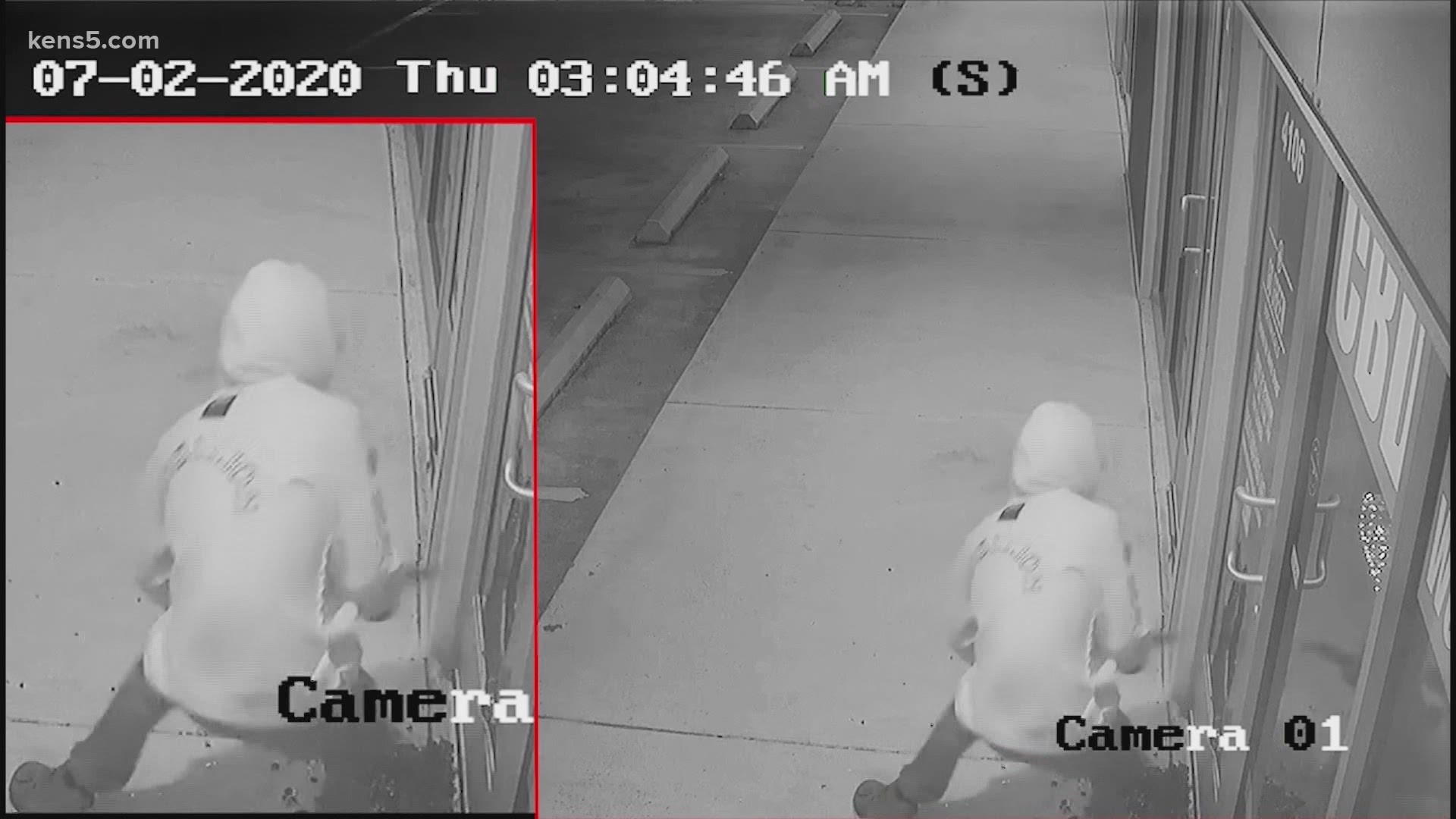 NEW BRAUNFELS, Texas — New Braunfels Police are looking for a man who was caught on surveillance video breaking into a CBD store.

The crime happened two months ago, but investigators are hoping for new leads.

Surveillance video captured the burglary unfolding at around 3 a.m. on July 2.

Do You Know This Burglary Suspect? On July 2nd, 2020, at approximately 3:00am, the suspect seen in this surveillance...

In the video, a man can be seen breaking glass near the front of Go Green Botanicals, located along I-35 North, just down the street from Buc-ees.

Police pointed out his hoodie, saying it is a distinctive Hollister-brand sweatshirt. They think he could be in his early-20s or possibly a teenager.

The video shows him taking cash from the register before running away.

A reward of up to $4,000 is up for grabs for anyone who provides authorities with information that leads to an arrest of the suspect. Contact Comal County Crime Stoppers at (830) 620-TIPS (8477), leave a tip online at: comalcrimestoppers.org or use the P3 Tips app on your phone.