The Governor’s orders allow bars to serve customers starting Friday, May 22nd. Indoor spaces are limited to 25 percent of the bar’s capacity. 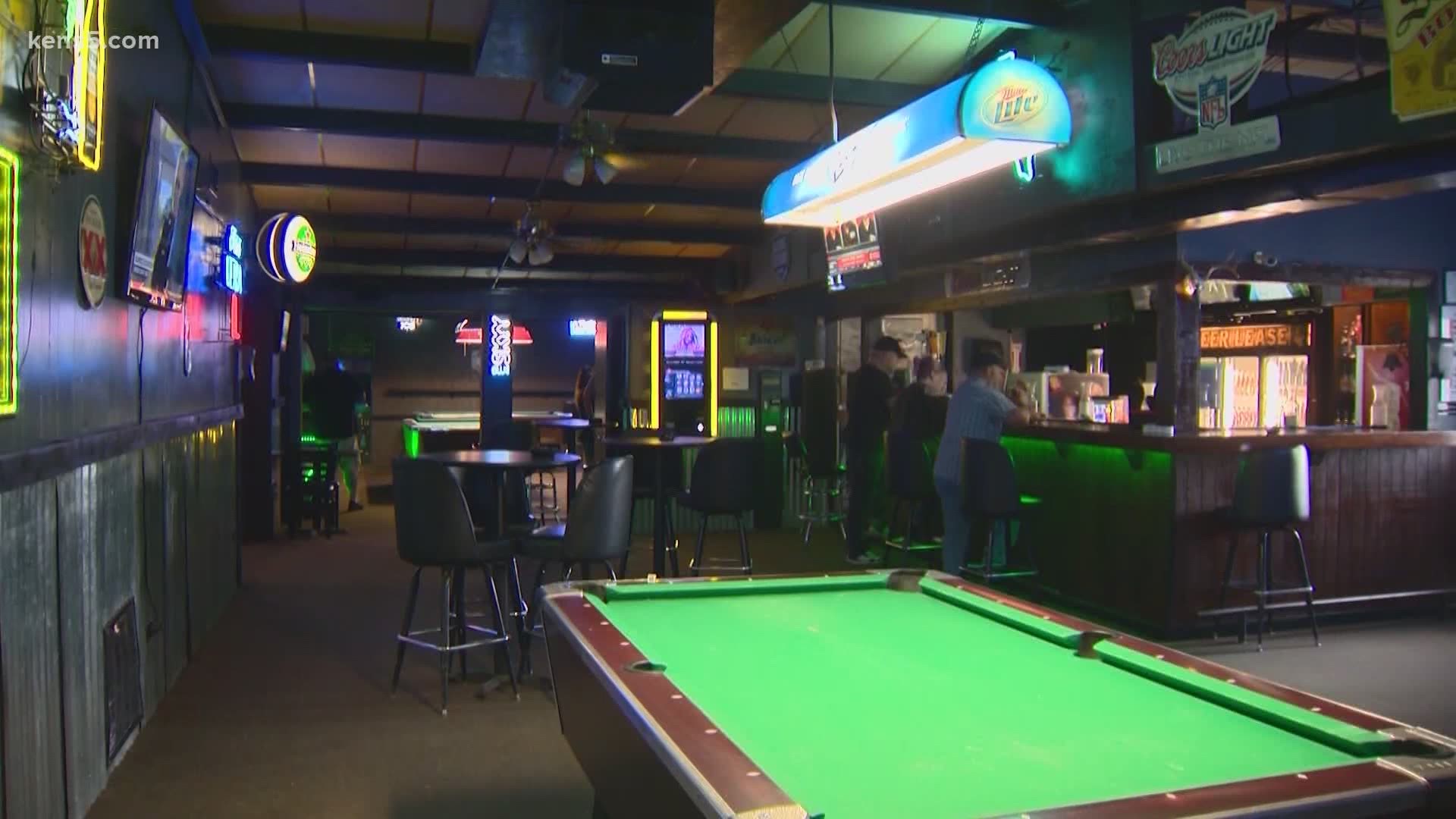 A bar owner in Guadalupe County says the news is a reason to raise a glass.

“Everybody has families to feed,” said Kenny Doerr, the owner of Beer Lease in McQueeney.

He has been serving customers over the past few days. While he and a nearby bar opened before state orders were issued, the news means they can breathe easier and the industry can try to recover.

‪As bar owners wait for Governor Abbott’s decision on whether or not they are going to allow bars to re-open in Texas, these two Guadalupe County bar owners opened Friday against the Governor’s orders. ‬ ‪They say at this point they had no other choice.‬ ‪#kens5eyewitness ‬

RELATED: Child care services, bars and camps can begin to reopen with restrictions

TABC records show at least 48 establishments with a late night, mixed beverage license in Guadalupe County. In neighboring Comal County, there are 114 businesses with the license.

Doerr says the crisis impacted thousands of local families working at these bars who need to pay bills.

“We have our home bills, we have our bar bills and then we have what we call our bar family, which is our bartenders, bar backs and so on,” said Doerr. “They have families also. We have to open up to where everybody can provide for themselves.”

Indoor spaces are limited to 25 percent of the bar’s capacity.

In New Braunfels, one spot where river recreation is bringing visitors back to the Hill Country, Mayor Barron Casteel says many in the community have been waiting for this moment.

“We received that call regularly from local businesses,” said Casteel at a press conference Thursday. “I don't get as many calls as the hotline, but I had four this morning about that that question. ‘What's next? When will I be able to open?’”

City leaders say they prepared for the announcement.

“We don't want to be surprised when it happens, we fight to get the information … because we want them to be able to open at the earliest opportunity that they can,” said Casteel.

Doerr says the update makes for a sweeter happy hour.

“We've got to get this economy back,” said Doerr. “The only way to do that is to open up.”

RELATED: Child care services, bars and camps can begin to reopen with restrictions