The transition comes at a time when the city is still combating the coronavirus crisis and its impact on the community. 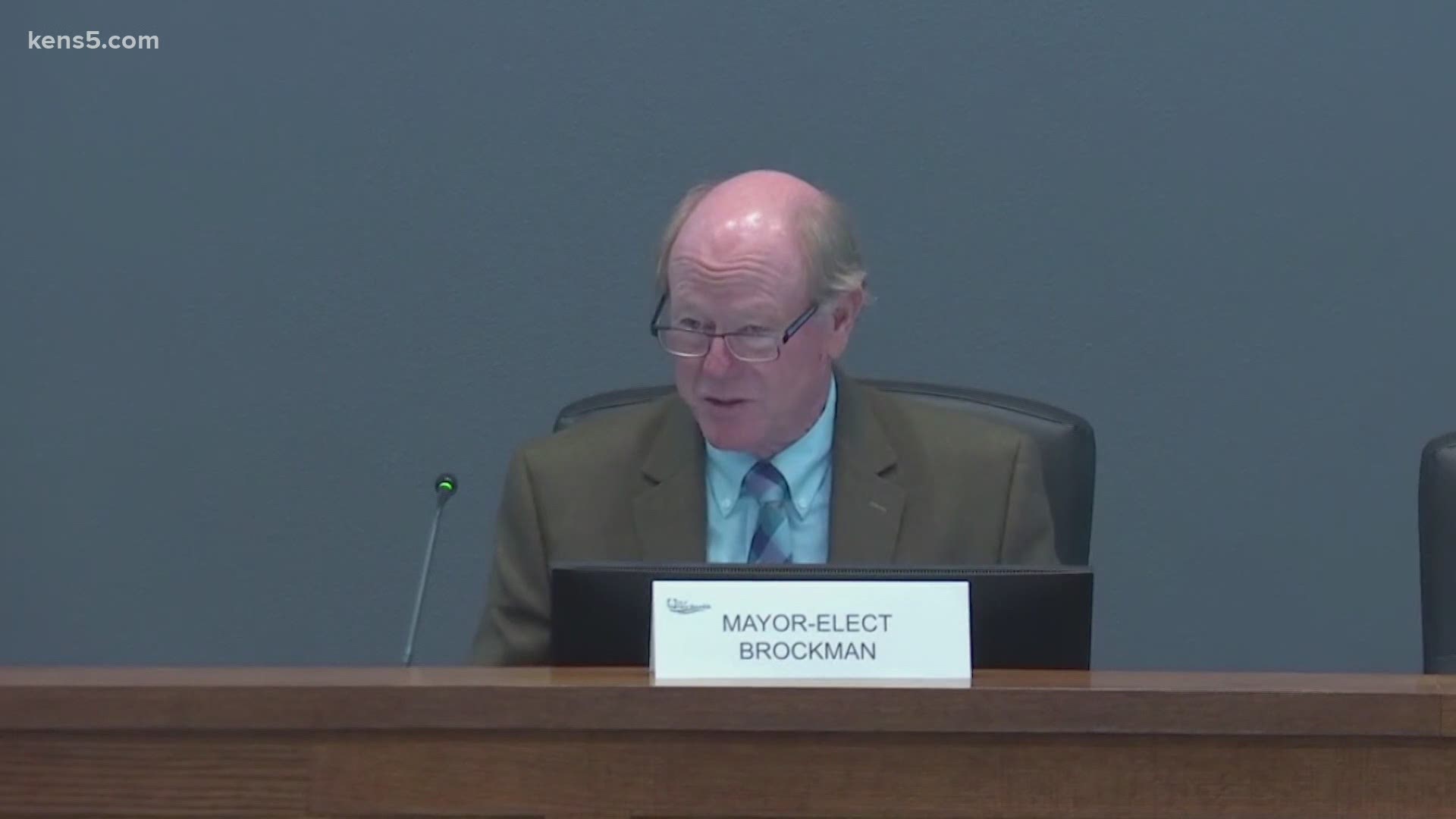 NEW BRAUNFELS, Texas — A change in leadership for New Braunfels this week. A new Mayor will take the oath of office Tuesday evening.

The transition comes at a time when the city is still combating the coronavirus crisis and its impact on the community.

“I'm very proud of the council and all of our partners and what we've done over the last six years,” said Casteel.

Casteel says his time in office included a focus on local infrastructure and government transparency. Reaching his term limit during the coronavirus crisis proved to be one final challenge.

“The last three months have obviously required us to do different things,” said Casteel. “How lucky are we that we have an economic professional that is going to be volunteering as mayor during the recovery within our community?”

Rusty Brockman is picking up the torch.

“I’m doing it because I love this community and I feel like I want to give back,” said Brockman. “Coming into it at this point, it's a whole different ballgame than what I’d anticipated.”

Brockman is a Community Relations Coordinator for Cemex. In years past he’s served as an Economic Development Director with the New Braunfels Chamber of Commerce, a school principal with other roles in the education industry spanning three decades and even a Wurstfest Opa. His varied experience will lead New Braunfels into its next chapter.

“Barron and the city staff have been extremely kind to me and getting me involved early, so that I am prepared for tonight and moving forward for the next three years,” said Brockman.

His goals for office include response and recovery efforts in the current crisis, continued transparency and communication with the public, preserving and celebrating the natural environment and resources in New Braunfels, cherishing the rich history and culture of this area and maintaining a robust financial structure of the local government.

He also anticipates transportation and infrastructure to be common agenda items following the 2019 bond election.

New Braunfels is home to festivals, water parks and river recreation. The tourism-dependent economy is working to recover from shut downs during the coronavirus crisis. In order to thrive, Brockman says New Braunfels has to remain a favorite place for visitors to relax. Both Brockman and Casteel agree the city’s success will take teamwork.

“That's what makes New Braunfels great,” said Casteel. “No one person can make it happen. You have to work with each other to make things succeed.”

“New Braunfels has got so much to look forward to, even though it's a struggle right now, and it seems like that road is way down there before we can get back to any normalcy of where we were before,” said Brockman. “But working together, we will do that. “

Casteel will continue his work as a family law attorney, volunteering and membership duties with the Rotary Club. He looks forward to spending more time with family and enjoying his city.

Jason Hurta is taking the oath of office for New Braunfels City Council district five. The seat was previously held by Wayne Peters.

James Blakey will serve as councilman for district six. The seat was formerly held by Leah Garcia.

RELATED: Comal River reopens for recreation after it was closed due to weekend storms

RELATED: Hill Country hotels welcome guests for Memorial Day Weekend, but rooms aren't as full as they usually are