River outfitters plan ahead as wait to reopen continues 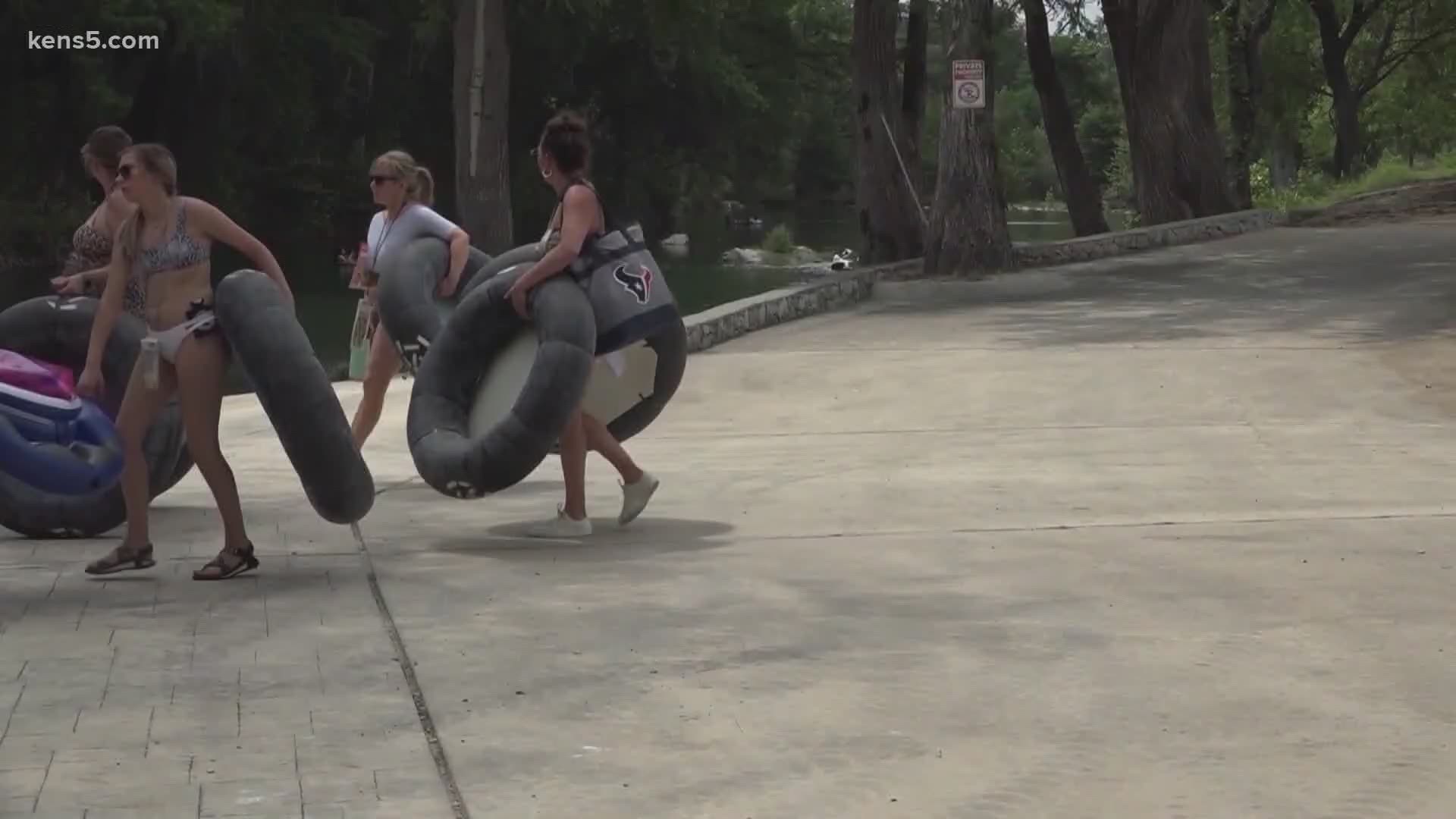 New Braunfels businesses are pledging strict health and safety measures if given the green light to reopen.

Ten river outfitters within New Braunfels city limits have agreed on a detailed health and safety plan, in hopes they can salvage some of tubing season.

“The financial impact is very important. The health and safety impact is even more,” Biedermann said. “It's a free-for-all. People are showing up at the river, getting on how they can. (There is) no regulation, no education of the risks and it's a bad situation. It shouldn't be this way, it doesn't have to be this way and that's why I've gotten involved.”

The plan includes capping tubers to 500 per outfitter, enforces one float trip per guest and requires masks. Enforcing social distancing on shuttles and sanitizing the buses between trips would also be priorities.

“We want to take control of the situation and stay in compliance with the governor's laws, especially when water parks and other businesses that are potentially less safe are open,” Biedermann said.

In a statement issued by Mayor Rusty Brockman, he explained how the city has been in communication with the governor’s office and asked for clarification. The city is also working with outfitters to have a plan in place, ready to go once the governor lifts restrictions.

The main holdup seems to be due to coronavirus case trends in the community.

Taking executive action to contain the spread of #COVID19.

“Also, our concern is our ability to enforce social distancing on, and getting out of, the river,” Brockman said. “Regulating social distancing through the outfitters and entering the river is one aspect. However, keeping tubers distanced on the river is challenging. Keeping tubers distanced while getting out of the river is impossible without intense assistance of our parks and public safety personnel. However, doing so puts those personnel at a higher risk of being infected themselves. We cannot responsibly place an undue risk of contracting COVID on our police, fire and parks personnel.”

With tubing a seasonal business, Biedermann hopes a solution can be reached soon, to help keep the outfitters, and their employees,  afloat.

The plan outfitters signed off on reads:

Inside the City limits of New Braunfels:

Each outfitter, as well as the City river booths, would have 500 specific colored wristbands per weekend day. One wristband allocated per person which will be the limit per outfitter per that day. Each outfitter will have an additional 10 (color specific) complimentary bands that can be used for residents WITH a resident card.'

To further space people out:

Rockin R River Rides, Texas Tubes, Corner Tubes, Landa Falls, Comal Tubes, Float in, Felgers, Landa River Trips, NB Tubes and Tejas Tubes all signed off on the plan. 444 Tubes indicated they would not open and the City of New Braunfels did not sign the policy.