For the New Braunfels chapter, guidelines from the state and little league organization were the third strike. 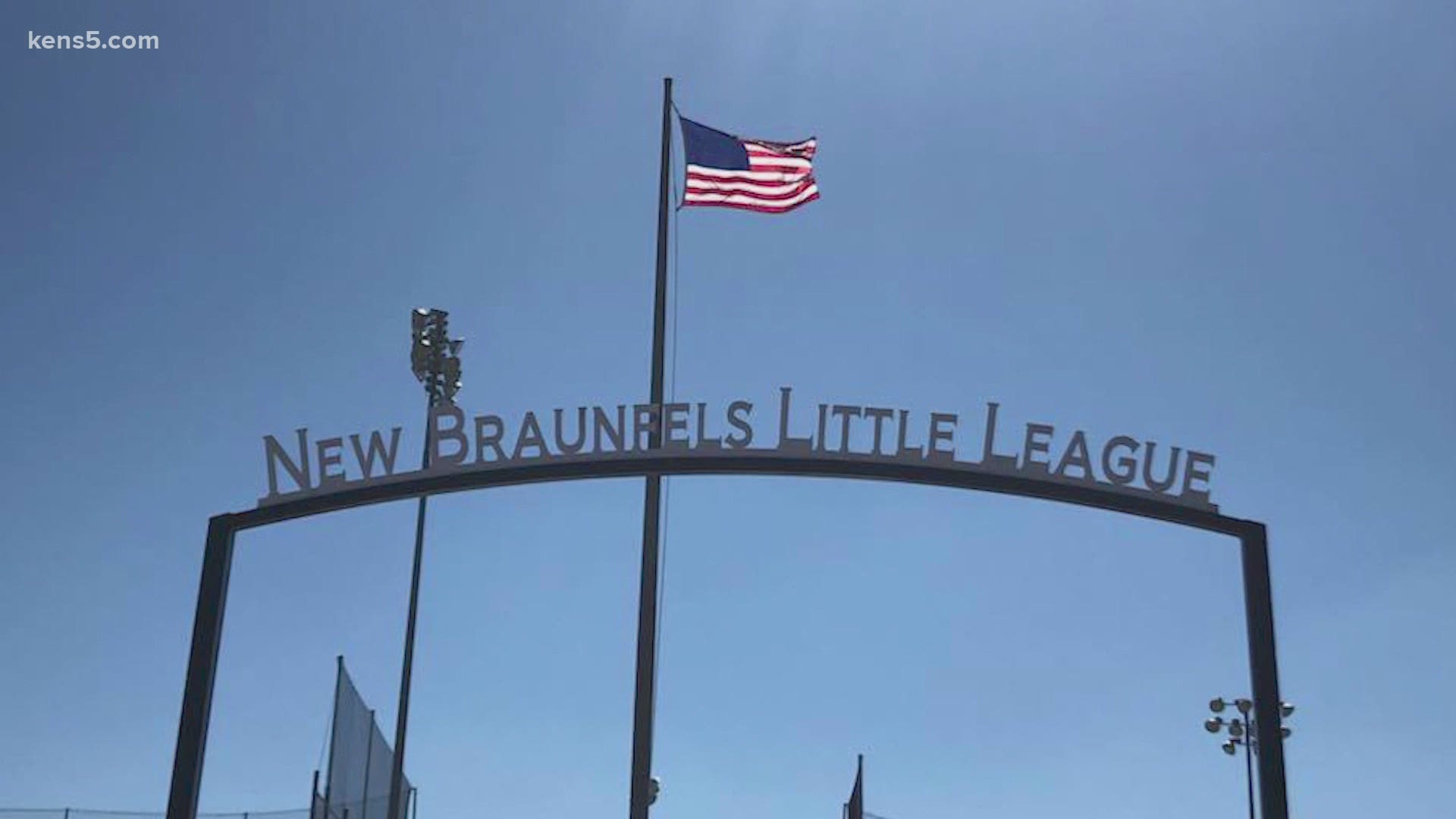 NEW BRAUNFELS, Texas — Children and adults alike can step back into the batter’s box this weekend.

As part of phase two in Governor Abbott’s plan to reopen Texas, sports and youth camps can resume Sunday, but you won’t hear “play ball” at the New Braunfels Little League fields just yet.

For the last few weeks, little leaguers in New Braunfels have been getting their fix with backyard batting practice.

The coronavirus crisis halted their spring season in March.

“Our goal was to play no matter what and we were being proactive,” said Naizer. “We didn't think we were capable of providing a safe enough atmosphere for the 1,600-1,700 kids we would have there.”

Governor Greg Abbott is allowing youth sports to pick back up this weekend with some restrictions.

For the New Braunfels chapter, guidelines from the state and little league organization were the third strike.

“We had been ready to play and wanting to play,” said Naizer. “We just didn't have enough volunteers or enough manpower to watch everything… and how we were going to have kids with gloves and masks play in the heat of the summer.”

Naizer says the board of directors looked at parent survey responses and took a vote. Both results were split.

“Ultimately, we decided that was in the best interest to cancel the spring season and regroup and try and hope that we'd have a better handle on it in the fall and have a stronger fall season,” said Naizer.

The New Braunfels Little League includes roughly 140 teams made up of 4 to 16-year-old players. Angels and ARC Angels teams are designated for players with special needs.

While the crisis was a curveball the little league didn’t expect, the sports community in New Braunfels will keep their cleats clean for the next season.

“The things you learn from youth sports about leadership, winning and losing, teamwork… they'll be able to carry on to their future careers, their marriage, their kids and everything else in life,” said Naizer.

The New Braunfels Little League is also preparing to run a booth at Wurstfest in November. The crucial fundraiser keeps registration costs low and covers some grounds maintenance costs.