Police tracked down five suspects accused of taking items from 12 cars Wednesday morning. The police department’s drone was one tool used to find the men. 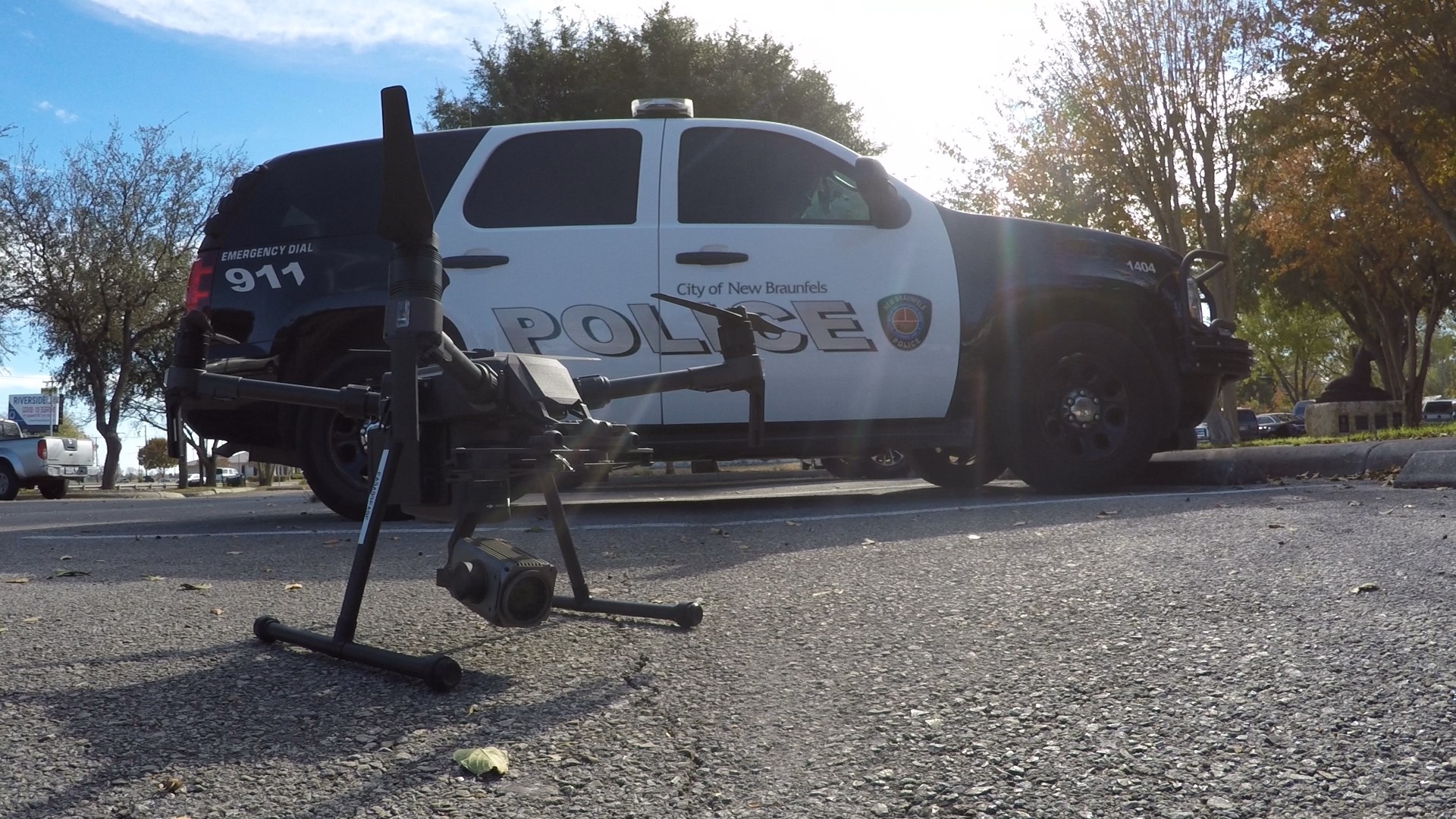 NEW BRAUNFELS, Texas — Handguns, cellphones and jewelry taken out of unlocked cars in New Braunfels this week have all been returned to their rightful owners.

Police were able to track down five suspects accused of taking the items from 12 cars early Wednesday morning.

The police department’s drone was one tool used to find the men.

“We purchased our first drones back in 2018,” said NBPD Lt. James Bell. “The advent of drones into law enforcement, that helps us to locate bad guys while keeping our officers safe.”

The eye in the sky is one piece of tech officers with the New Braunfels Police Department use on the job.

Officers launched the drone this week as they searched for suspects accused of taking valuables from unlocked cars.

Just before 3:00 Wednesday morning, a video doorbell alerted one homeowner of activity outside. He saw someone trying to open his car and called 911.

The suspects tried to hide throughout the neighborhood but New Braunfels police used footage from area cameras, a K9 officer and the drone to find all five men.

Ranging in age from 17 to 20 years old, the suspects were all from San Antonio. The group was booked into the Guadalupe County Jail on various charges.

“Please ensure that your vehicle is at least locked,” said Lt. Bell. “Many times folks feel comfortable in their own home, or their own driveway, leaving their vehicle unlocked and that's sometimes what the bad guys count on.”

“We actually have the capability to drop a life vest or a med-pack to someone where an officer can't walk out to them,” said Lt. Bell.

From teamwork to tech, New Braunfels police say their officers use the tools necessary to keep their community safe.