Continental plans to break ground on a new plant in New Braunfels in a few months. Production of radar sensors is anticipated to start in 2021. 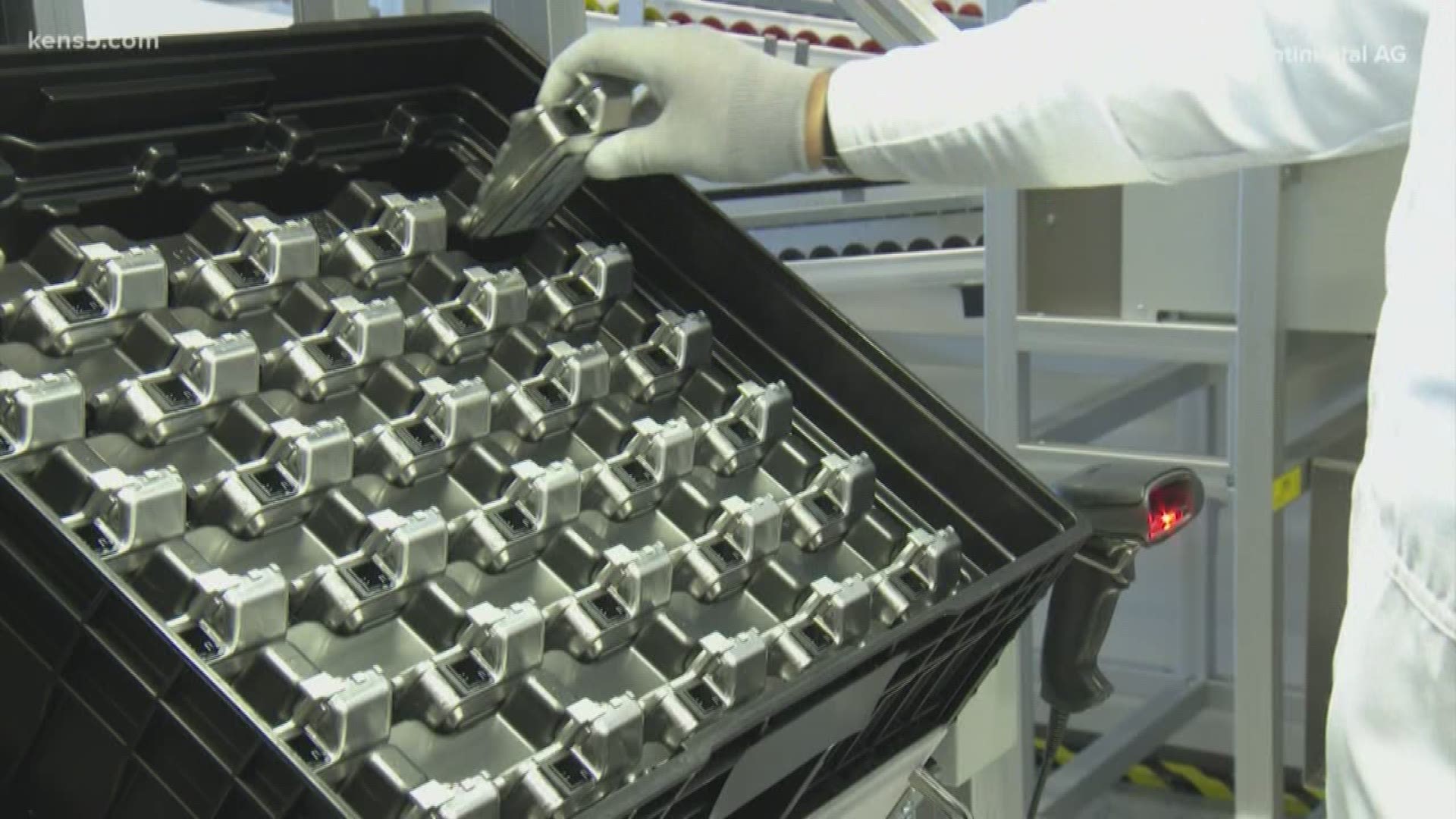 NEW BRAUNFELS, Texas — More jobs are coming to our area.

A globally recognized manufacturer is putting down roots in New Braunfels.

Continental will pour more than $100 million into a new plant that will retain more than 400 jobs and create at least 130.

The company makes tires, car parts and is a major player in the tech world.

Radar sensors will be produced at the new plant in New Braunfels.

"Advanced driver assistance systems save lives. Continental is one of the world’s market leaders in this area,” said Frank Jourdan, Member of the Continental Executive Board and Head of the Business Area Autonomous Mobility and Safety.

Continental produces similar technology at a plant in Seguin and in Ingolstadt, Germany.

New Braunfels will benefit from the plant being built in several ways.

“There's 500 some-odd jobs. The wages are good but we know that they're going to be here into the years ahead. It'll be a sustainable technology and we're at the onset of it,” said City of New Braunfels Mayor Barron Casteel. “We're real excited about their investment.”

The next generation entering the workforce could also cash in.

“[Continental has] also been speaking to one of our local school districts and I'm sure they'll be speaking with the other, about how to incorporate the high schools,” said Casteel.  “Maybe training and other opportunities for students so as they roll out of high school, they can go right into a … high paying manufacturing job.”

Continental bought 48 acres along Kohlenberg Road between I-35 and FM 1101.

They plan to break ground and begin construction on the plant building in a few months. Production of the sensors is anticipated to start in 2021.

Incentives for the project were kept under $5.5 million. The money was provided by the New Braunfels Economic Development Corporation for infrastructure, land acquisition and sewer improvements. The New Braunfels EDC is funded by a designated sales tax.

The city also agreed to a 15% tax rebate for 10 years if Continental meets a minimum taxable value.

“Those investments create a tax revenue without the corresponding demand of city services, like a residential property owner,” said Casteel. “Our residents are able to reap the rewards of that quality of life without having to pay for the full burden of police, fire and road investments when they share that with a manufacturing base … in our community.”