Hill Country hotels welcome guests for Memorial Day Weekend, but rooms aren't as full as they usually are

A Texas innkeeper of 20 years has seen his community bounce back after floods and other hardships. He says the coronavirus crisis has been the toughest test. 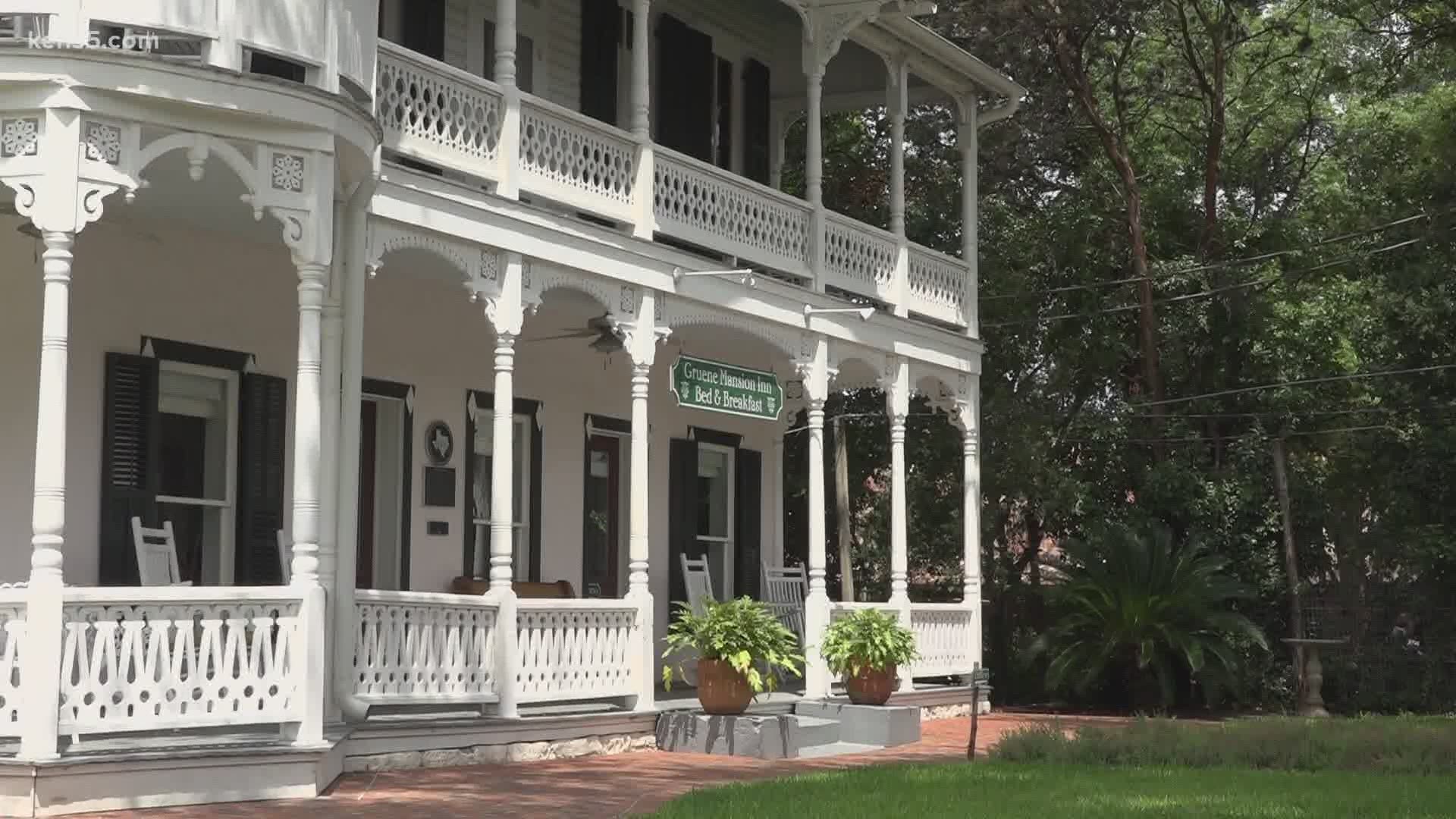 Lodging in the Hill Country, which normally prepares for a bustling weekend this time of year, is instead seeing lots of empty rooms and reservations that haven't been made.

Nonetheless, activity is picking up in historic Gruene this week as businesses there prepare for customers to come by this weekend. Locals and visitors alike are bound to stroll past the Gruene Mansion Inn.

The lodging complex with several suites, cabins and cottages is open, but staff say they're checking in half the number of guests they’d usually welcome.

“This time of year, we would normally be running a really high occupancy. We're running about 30% or 40% right now,” Owner Cecil Eager said. “Things are picking up. April was obviously 1% occupancy, but since then, (over) the last two weeks, reservations have continued to come in.”

Eager says some of the changes at the inn include checking in via text and the cancellation of buffet breakfasts.

“Almost every room we have has an outside entrances. There's plenty of space. All of our seating areas are well positioned around the property so people can be around other people, but not in a crowded situation,” Eager said. “We’re cleaning at phenomenal measures and it's just a good place to come and enjoy something a little bit different than home for a while.”

An innkeeper for 20 years, Eager has seen his community bounce back after floods and other hardships. He says the coronavirus crisis has been the toughest test.

“Nationwide data suggests that hotels are at 80% vacancy and 70% of employees have been furloughed. Recovery will be tied to business and leisure consumers feeling safe, traveling again and feeling that hotels are doing everything they can to protect their safety," Camareno said. "The dynamics of a psychological recovery make it difficult to predict, but hotels are taking steps to begin reassuring consumers that they have their safety top of mind. However, their recovery will be dependent upon whether the attractions, events and facilities behind why people need hotel rooms are doing what they can to encourage consumer safety.”

A committee called the 4B board, made up of city staff and economic development members, will meet Thursday night via Zoom to discuss opportunities for state or federal funding.

“We will not have an accurate picture of impact to this industry until well after the summer is over,” Camareno said.

Eager says he has had to lay off his employees for a few weeks, but was able to bring them back after receiving a payroll protection loan.

He said he believes the magic of Gruene will eventually draw guests back to the area.

“It's just going to take time," Eager said. "Time for the pandemic to run its course, time for people to become used to the new normal, the new way of doing business."

RELATED: 'Not like anything we've ever seen': SA's hotel industry taking a hit from coronavirus