“Within two hours, over 3,800 phone calls had come in,” said Mayor Handren. “There's a much higher demand than we have supply.” 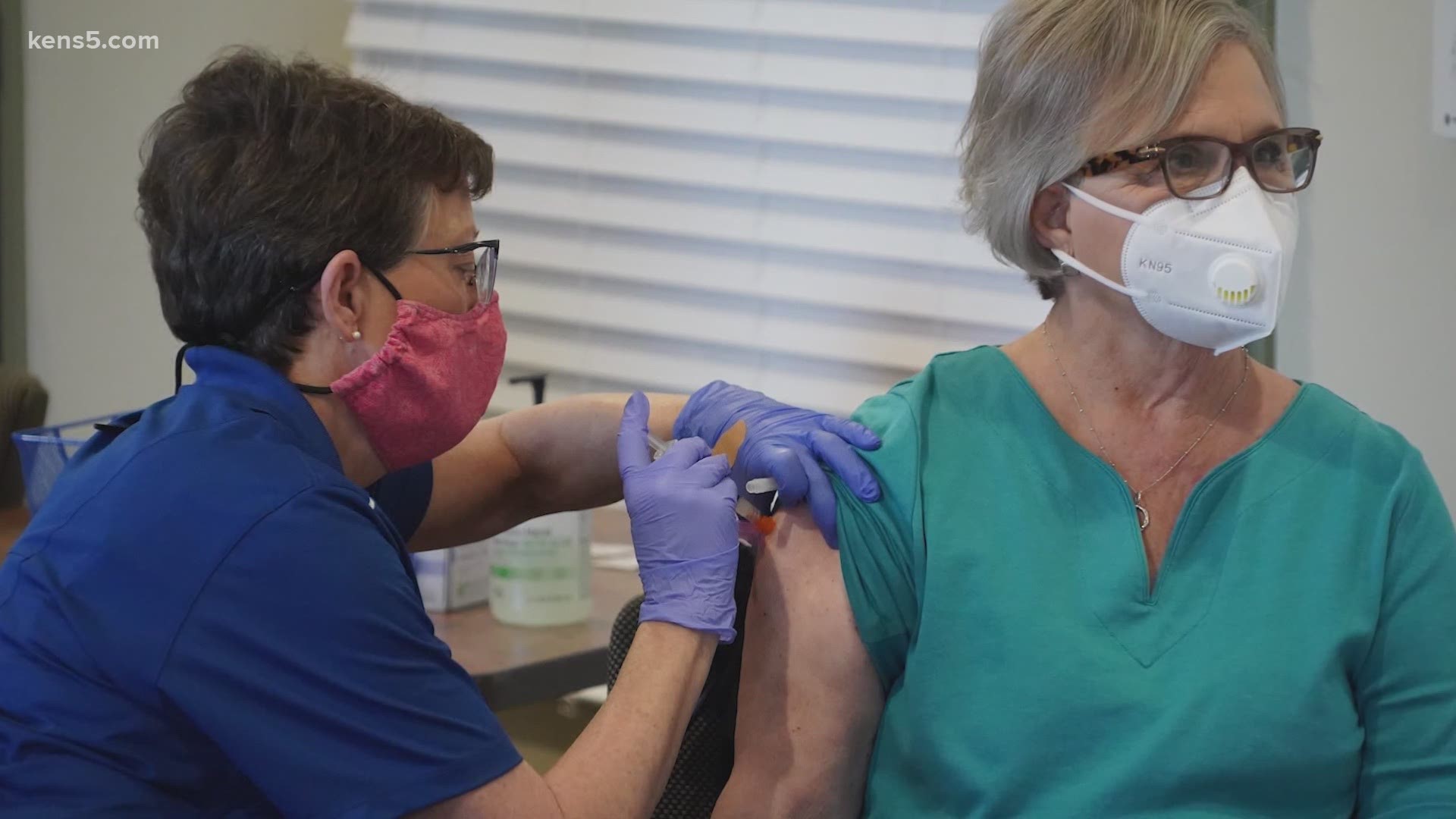 BOERNE, Texas — As of Tuesday, officials report 1% of people in Kendall County have received the coronavirus vaccine.

The rest have to wait on more shipments of the shot.

Those shipments have been slow to arrive in smaller Texas communities; Kendall County received its first doses last week.

“Two places that got the vaccine,” said Mayor Tim Handren in an update posted to the City of Boerne Facebook page. “They didn't know they were going to get it until the very last minute.”

The facilities included the H-E-B on West Bandera and My Urgent Clinic on River Road.

Then, this week, Boerne started offering doses to people in Tier 1B, which includes residents over the age of 65.

“Within two hours, over 3,800 phone calls had come in,” Handren said. “There's a much higher demand than we have supply.”

Leann Julian was one of the callers on the line.

She and her husband were able to get their vaccines with an appointment Monday.

“My husband and I both had thought, well, we'll be lucky if we get a vaccine by June,” Julian said. “When I saw that announcement and tried that phone number, I was just persistent with it and kept trying. When we finally got in and got the appointment, it was overwhelming. We were both very, very happy.”

While all of the available doses have been administered, the mayor is hopeful more shipments will arrive soon.

But he warns the process will take time.

“In the State of Texas, there’s a little over 9 million people over 65, according to a phone call I participated in last week,” Handren said. “If the state is getting half a million vaccines per week… for the next several weeks, possibly two to three months, we're going to be really just be vaccinating the over-65 crowd.”

There's no word yet as to when Kendall County could receive more doses.

Local leaders say they’ll issue updates as soon as they can.

“Stay tuned to the city's website, the county's website, and we'll just keep you informed as to what's coming.”