A big group of the wild pigs seems to have made a wooded area near the high school their new home. 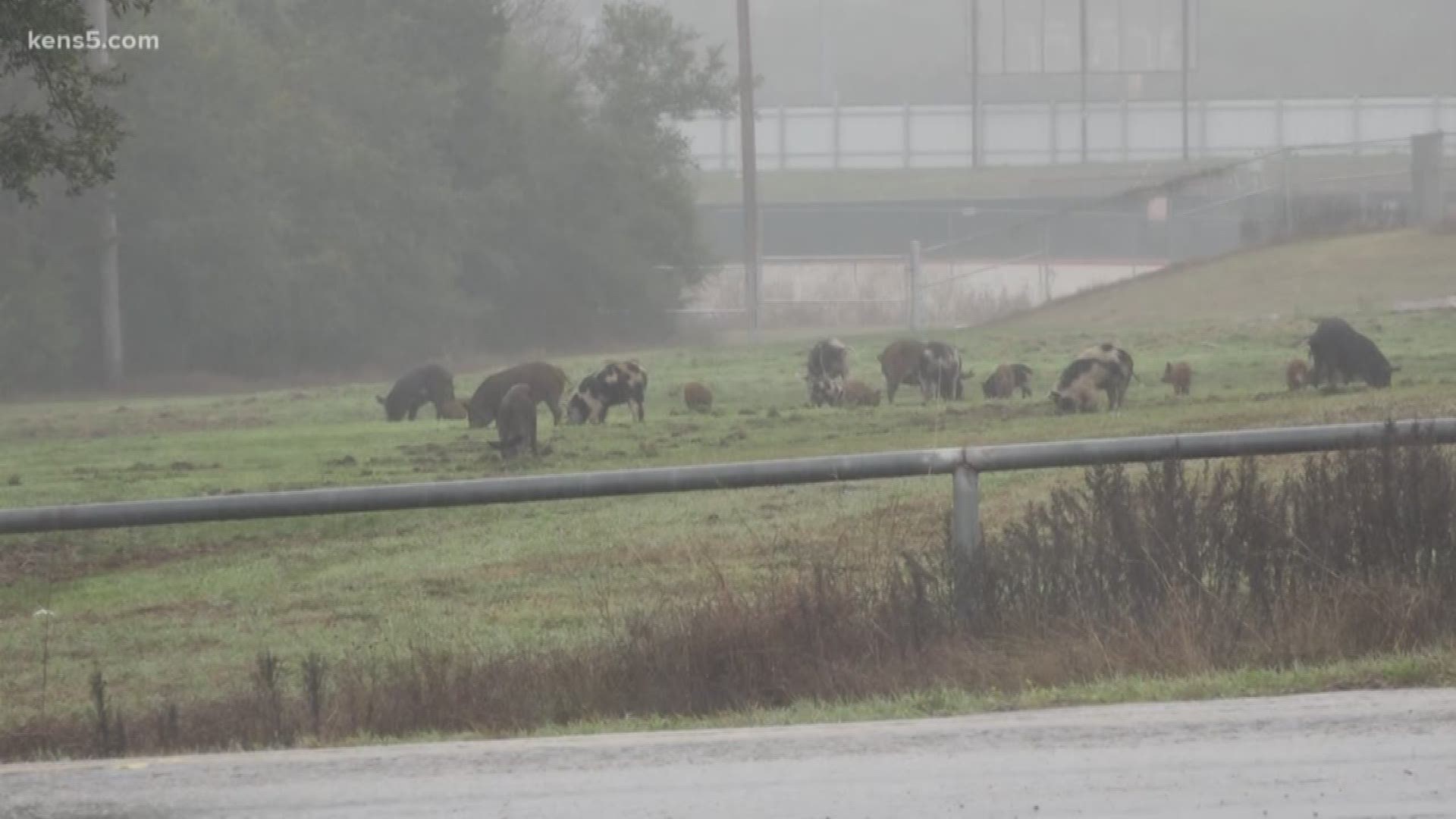 CANYON LAKE, Texas — Feral hogs are causing concern at Canyon Lake. A big group of the wild pigs seems to have made a wooded area near the high school their new home.

The hogs are bold. They’ve been spotted along the road leading up to the high school campus and even in grassy areas connected to the parking lot.”

“I would like them to be gone. It’s a terror,” said Marie Ellensohn. She took video of the hogs while picking up two of her kids from Canyon Lake High School.

She says they are way too close for comfort.

“They’re damaging property and they’re harmful to animals, dogs, the existing population of animals out here and then the children,” said Ellensohn. “I mean it’s scary. There’s a lot of kids who walk home from school.”

Other parents have also taken pictures and videos of the hogs.

Comal ISD released a statement to KENS 5. A spokesperson said: “The district is aware of the feral hog issue at Canyon Lake High School. Last week, we reached out to Texas Parks and Wildlife about possible solutions to address the situation. We continue to work on a plan for removing the hogs from school grounds”

The solution could be complicated. Sometimes the hogs are on school property and sometimes they wander onto land that appears to be for sale.

“I have no complaints against the school district as far as how they’re running the school. This is a safety hazard that is not necessarily in the rule books... but this needs to be addressed before something happens,” said Ellensohn.

KENS 5 reached out to state experts about the pig predicament. Texas Wildlife Services says Comal isn’t the only district to deal with hogs. State Director Michael Bodenchuk says he’s written guidance for schools that will be made available through a Texas A&M AgriLIfe Extension publication in a few weeks. His top recommendation is to put in a secure fence.