A spreadsheet released Monday appears to show how many people from the impacted precincts signed in to vote & how many ballots were cast in those local races. 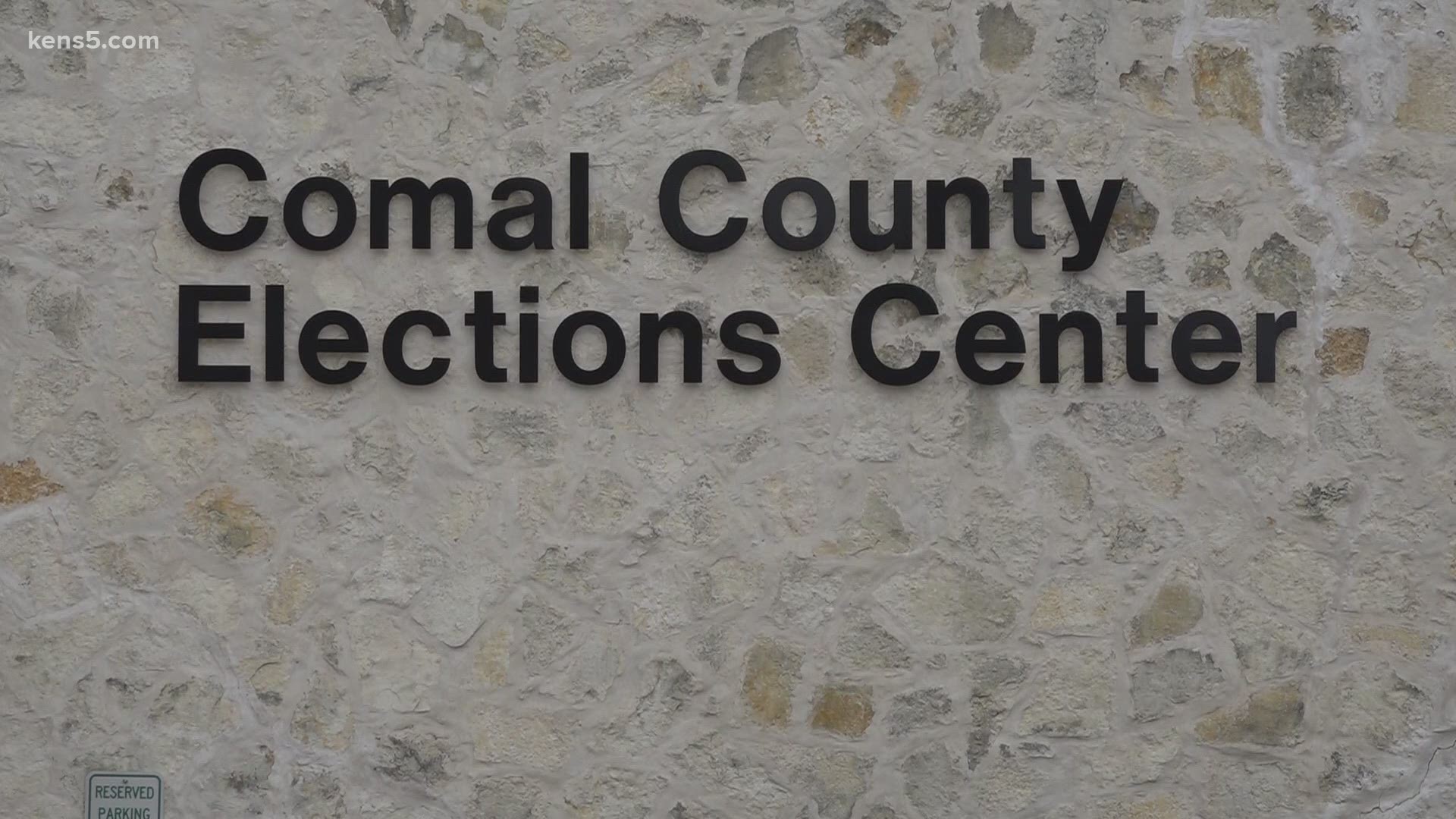 When asked for more context the next day, Elections Coordinator Cynthia Jaqua said she didn’t have time to do so.

A press release sent out by Comal County later that evening reported Jaqua hosted an informational meeting with New Braunfels ISD trustee candidates and administration. The group was shown how voting machines and poll pads were used during the election.

A technical issue is being blamed for leaving more than eight local races off up to 270 ballots on Election Day. The glitch seems to have originated with poll pads made by the company KNOWiNK.

The elections department has been combing through data for the past week.

A spreadsheet released Monday afternoon appears to show how many people from the impacted precincts signed in to vote after the poll pads were rebooted Tuesday.

Then elections staff counted how many ballots were cast, per polling location, in the local races.

Some columns show more ballots were cast than the number of people qualified to vote in the race.

Over the phone Monday, elections coordinator Cynthia Jaqua tried to explain the issue she believes could be tied to the time period when voters were signing in on paper instead of electronically. When KENS 5 reached out Tuesday for more context, Jaqua declined an interview citing her schedule.

Now it is up to the impacted candidates to contest the results.

Matthew Sargent, who lost reelection in a New Braunfels ISD school board race, has started that process.

A spokesperson for the County explained glitches occurred following statewide service issues with poll pads made by the company KNOWiNK.

“Now we know that when the poll pads were brought back up, there was an issue reloading ballot styles, not just in Comal County, but across the State of Texas. The poll pad is used to verify the voter is properly registered. Once the voter checks in and is qualified, a barcode receipt is printed and given to an election worker who prints out a code for the voter to enter into a voting machine to access the appropriate ballot,” said Public Information Officer Cary Zayas. “When the poll pads were brought back up, the print out included a voters precinct but not the bar code.”

The release continued to explain human error could be a factor.

"Without the barcode, elections workers had to manually enter information from the poll pad print out," continued the press release. "If the election worker didn’t enter all numbers on the print out, not just the precinct number, the correct ballot style was not called up for that voter. For example, if the worker entered Precinct 303 and not Precinct 303- NB 4, the school district election was not on the ballot."

Zayas remarked the circumstances posed a unique challenge for the elections department.

“Our election workers go through training and we’re thankful we have so many volunteers work during elections,” said Zayas. “This software issue isn’t something we could have predicted and trained our staff for.”