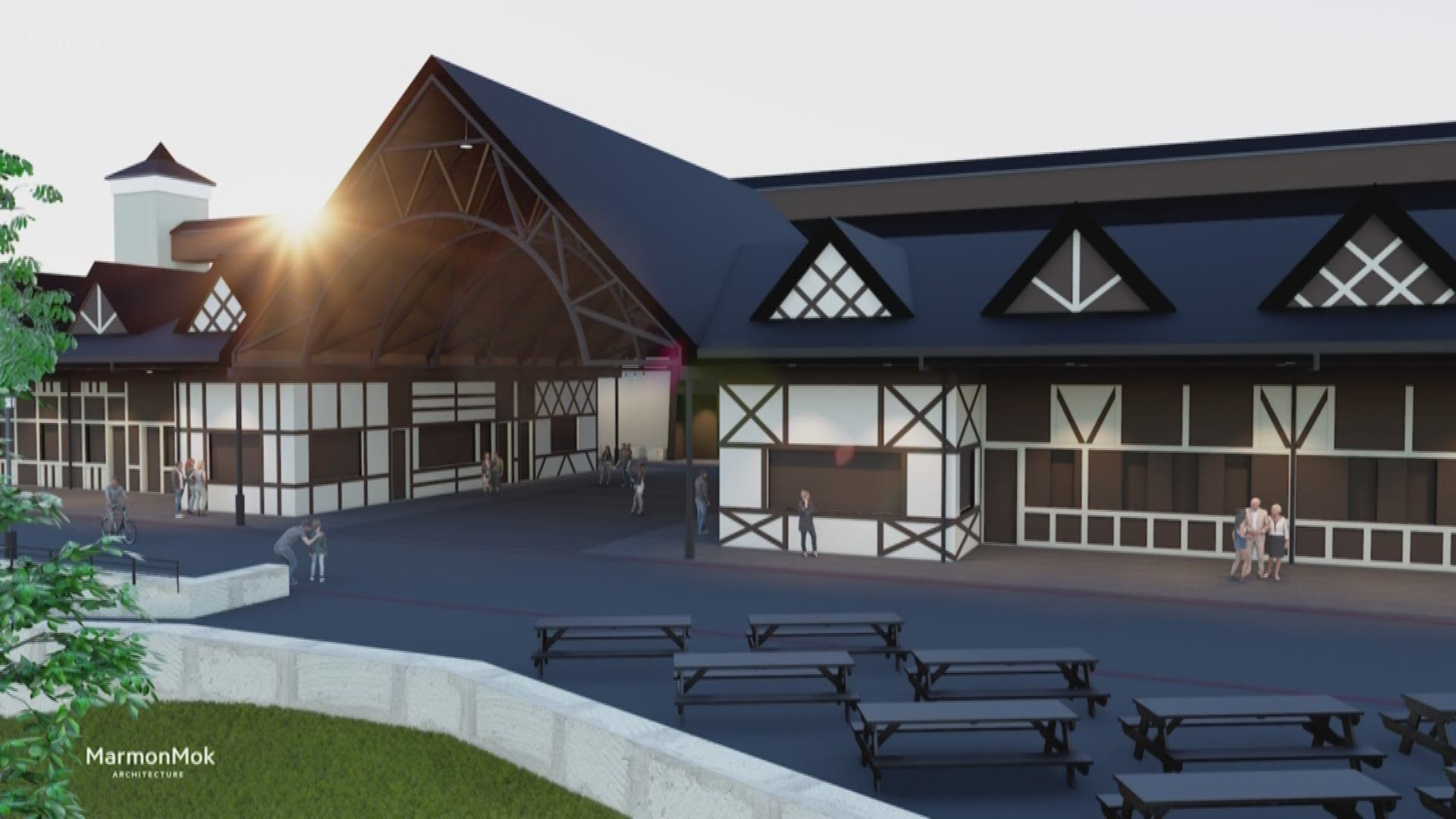 NEW BRAUNFELS, Texas — Construction is expected to start at Wurstfest in just a few weeks.

A new Marktplatz will go up on the festival grounds in New Braunfels – replacing the building that burned down in November. The goal of the new building is for visitors to step into a German village when they come to Wurstfest this fall.

Wurstfest President Randy Rust said the project is “on time, on budget, and we're just rebuilding a great tradition.”

That tradition dates back to the 1960s. Every year, festival-goers pour through the gates in New Braunfels to enjoy sausage, beer, and music.

Wurstfest has evolved over the decades and promises even more improvements when gates open in the fall. When a fire tore through the food booth area in November, the community was determined to make a strong comeback.

(Above video is drone footage of the original Marktplatz, which caught fire in November)

Burned debris from the old Marktplatz was hauled off last month. Next month, construction crews will get to work.

Marmon Mok architecture showed New Braunfels City Council the latest design plan for the project. Marktplatz will become a set of four buildings with a common roof. The food booths will have some separation from Wursthalle to promote circulation and safety.

The project includes wood and stone elements to create a German village atmosphere. Oh, and more restrooms, according to Rust.

“The restrooms will be a big, big plus,” Rust said. “There's going to be a lot more open-air and natural lighting. The lines should be shorter at the beer booths and the food booths.

“it's just going to be a better experience totally at Wurstfest this year than it has been before.”

RELATED: 60th anniversary of Wurstfest will go on next November despite massive fire, organizers promise

View photos of the design plan below: