Officials say additional closures could be made in the future if needed to protect health, safety and natural resources. 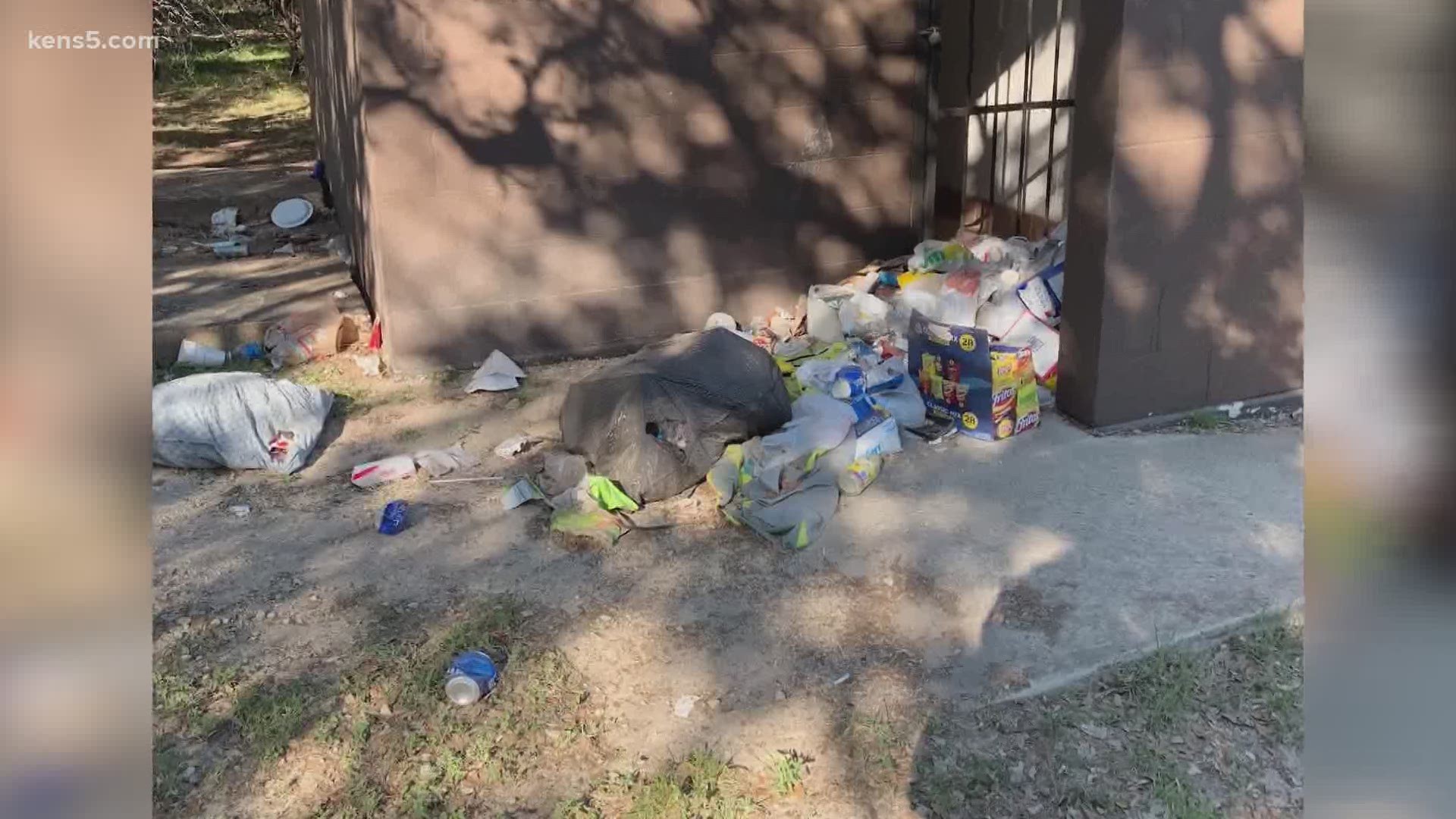 CANYON LAKE, Texas — Canyon Lake visitors will be greeted with tighter restrictions and closed access to parts of the lake this weekend.

The U.S. Army Corps of Engineers says large crowds on the weekends have led to issues on public and private land. Lack of social distancing, off-road parking and damage to property are just some of the issues they're seeing.

But the offense that seems to be the most common is littering. Visitors are supposed to leave no trace, to pack out whatever trash and items are brought in. Trash cans are even located throughout parks in the Canyon Lake area.

Unfortunately, they largely aren't being taken advantage of.

The issues triggered a temporary weekend closure of the Guadalupe Trail Parking Lot. The space located across the street from the dam will be closed on weekends and holidays until further notice.

The Canyon Park Campground and Boat Ramp 18 were shut down a few days ago. North Park has been closed since March.

“Large amounts of garbage and other debris have been left behind by these crowds and vegetation has been damaged due to the number of vehicles being operated and parked off of roads and designated parking lots,” read part of the announcement from the Corps of Engineers. “The Stilling Basin fence located at the Guadalupe parking lot has been vandalized several times recently.”

Piles of trash were spotted by the Madrone Trail Head. Aluminum cans and pieces of debris were also found around Overlook Park.

The popular spot is closed on weekends once the park reaches capacity, but officials are still seeing a mess left behind.

Cynthia Stein lives near the lake and is asking everyone to be respectful.

“Somehow we have to figure out with those crowds how to make a clear point to them: This is their lake just as much as it is our lake,” Stein said. “We need to keep it clean for all of us. How we could do that? Bring along a trash bag. Put your own trash in. But then we have to provide a place for that trash to be dumped.”

Cynthia and her husband see locals picking up trash during the week. She thinks volunteer litter patrol programs, trash can design competitions and other incentives could make a big difference.

“Make things fun, make things colorful, then you'll be able to get a lot of volunteers to help out,” she said. “I think that even some of our guests that are here for fun themselves would make that a day-trip just to have the fun of doing that, just to say, 'I do it.'"

The Corps of Engineers says social distancing and other Centers for Disease Contorl guidelines are not being followed at the Nature Trail or at Overlook Park, which is supposed to be a scenic viewing area.

Officials say additional closures could be made in the future if needed to protect health, safety and natural resources.