Local groups are working with city officials on how to move forward after seeing video of a traffic stop in January. Officials said the incident was not appropriate. 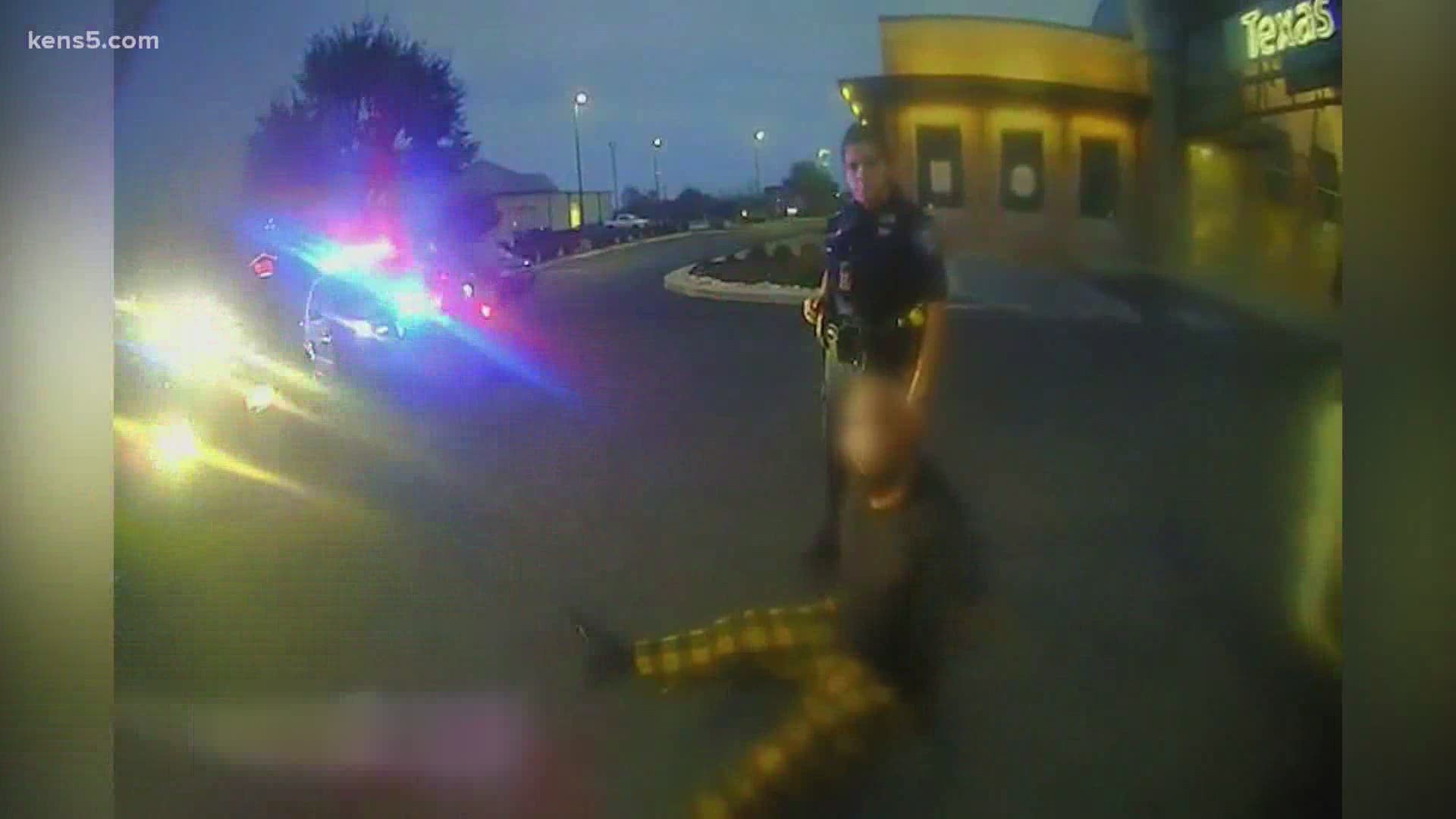 NEW BRAUNFELS, Texas — Local groups are working with the City of New Braunfels on how to move forward, after seeing video of a traffic stop in January.

The body camera footage shows a New Braunfels police officer shocking a Black man with a Taser while he was on the ground.

The driver had been pulled over for a dirty license plate.

The man spoke up to officers at the scene.

“You’re a coward. Only reason you stopped me is because I’m Black,” you hear the driver say in body camera video.

“I can’t even see you,” Officer Meyer replied.

Now a community leader is speaking out.

“I do not want the city to be silent about the things that matter,” said Bishop Michael Franklin. He is president of the New Braunfels MLK Association, Inc. Bishop Franklin says city officials showed him the video Monday, just before they held a press conference about the January traffic stop.

“Come on, was this another event where we can point to stereotyping people of color?” said Bishop Franklin, recounting his initial reaction to the video. “[America is] just having too many incidents where we're having fatalities and individuals losing their lives. Some of it has to do with training and some of it is just simply racial. We have to root out the bad from the good.”

“We're going to be sitting down, going over police procedures,” said Bishop Franklin. “We want to ensure that we be more thorough in our addressing of these type of incidents.”

City Manager Robert Camareno said the actions of the officer in the video do not represent the rest of the force. Officer Kaleb Meyer resigned nine months after the incident.

“If you were to witness [officers’] interaction with our community of color, you need only to attend the Black Lives Matter protests that occurred a few months earlier,” said Camareno. “Our police officers went around handing out water, talking to people, praying with people. That's our New Braunfels Police Department.”

Bishop Franklin says his experience working with NBPD on community programs leads him to believe this is a rare incident.

“You don't hear a whole lot about these incidents in New Braunfels. I'm not saying that there are none happening. If it is, I'm not aware of it. I don't think there's no great cover up in New Braunfels,” said Bishop Franklin. “Overall, New Braunfels has a great police force."

He hopes with police, city and community leaders working together, it will ensure justice in the future.

“I envision that as we continue to move forward, that the City of New Braunfels, we have a bright future, that it will become more unified.”

Charges against the driver were dropped 13 days after Kaleb Meyer resigned from the New Braunfels police department.

The driver filed a lawsuit against the city. We expect a statement from his legal counsel later this week.

Warning: The body camera footage seen below may be disturbing for some viewers.