The Comal County Sheriff’s Office Honor Guard led the freedom walk across the dam. Participants waved flags to pay tribute to the thousands of lives lost. 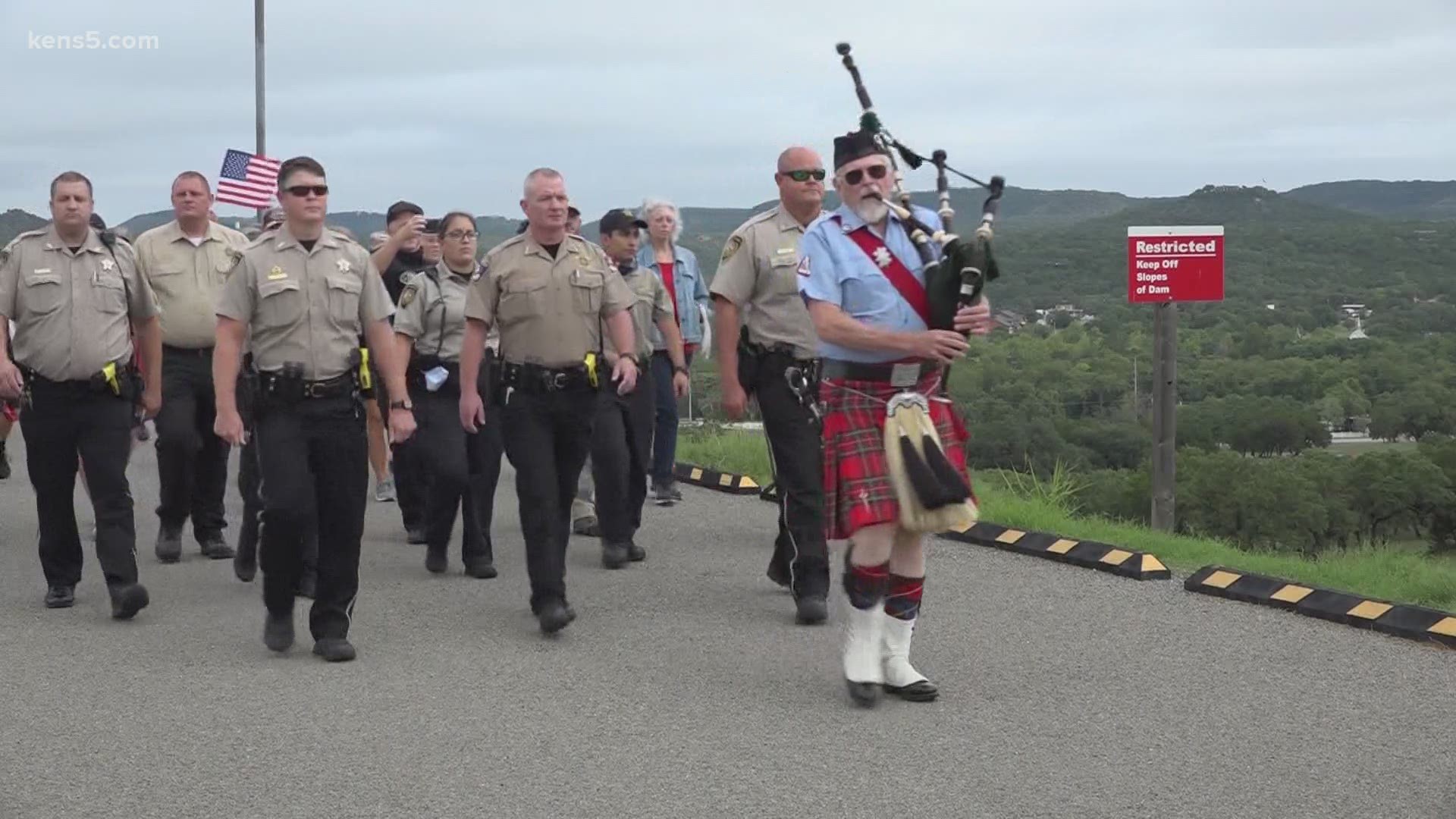 That includes New Braunfels, where firefighters played bagpipes and drums as the flag at main plaza was raised then lowered to half-staff.

A New Braunfels Police Department chaplain also said a prayer at the virtual ceremony. The city streamed the commemoration live on Facebook.

At Canyon Lake, a freedom walk honored the lives lost 19 years ago.

“It's very surreal. You walk across the dam, everybody's quiet, everybody's thinking. I really do think their thoughts are on what happened back in 2001,” said organizer Carolyn Besselman. “I was a school teacher at the time and it's something I'll never forget. It was a moment that just stopped in time. It's something that younger generations now have no idea how it felt and what it was like. I hope they never find out.”

These families in #CanyonLake took time this morning for a freedom walk across the dam to remember the lives lost on 9/11 & honor the sacrifice made by first responders. #Kens5eyewitness @KENS5 #September11 #ComalCounty pic.twitter.com/fcSQGYAdKu

Families in Comal County met at the Canyon Lake dam at 9 a.m. The Canyon Lake Republican Women group sponsors the event every year, but specify it is not a political event and no campaigning is allowed.

“It is a nonpolitical event. It is for everybody. It's for kids, parents, grandparents, first responders, the county, the outlying areas,” said Besselman, president of the group.

Following the U.S. and Texas pledges, the group sang the National Anthem and organizers thanked local first responders, military personnel and their families.

The Comal County Sheriff’s Office Honor Guard led the freedom walk across the dam and back to the starting point at Overlook Park. Many participants waved flags during the walk to pay tribute to the thousands of lives lost on 9/11. A handful of boats followed the procession from the water.

“On the news this morning, when they were calling out their names, it just still brings tears to my eye,” said Canyon Lake homeowner Jesus Rodrigues Jr. “We definitely had to come out today.”

He served in the U.S. Army for 24 years and moved to Canyon Lake about a year ago. Rodriguez knows the pain of losing brothers while serving overseas and made a point to recognize the first responders who laid down their lives at the Twin Towers.

“It's good to live in a community like this that supports our first responders and to remember everybody from 9/11,”  Rodriguez said. “It's great to see everybody out there like that this morning.”

The freedom walk has been a yearly tradition in Canyon Lake. Participants in all walks of life made use of the spacious dam to distance during the trek across.

A bugler played taps at the end of the procession.

“I don't believe it's something we should ever forget,” Besselman said.