The school board trustee wants the state to review facts, then act. He said if the state believes an action violated a law, the Attorney General could investigate. 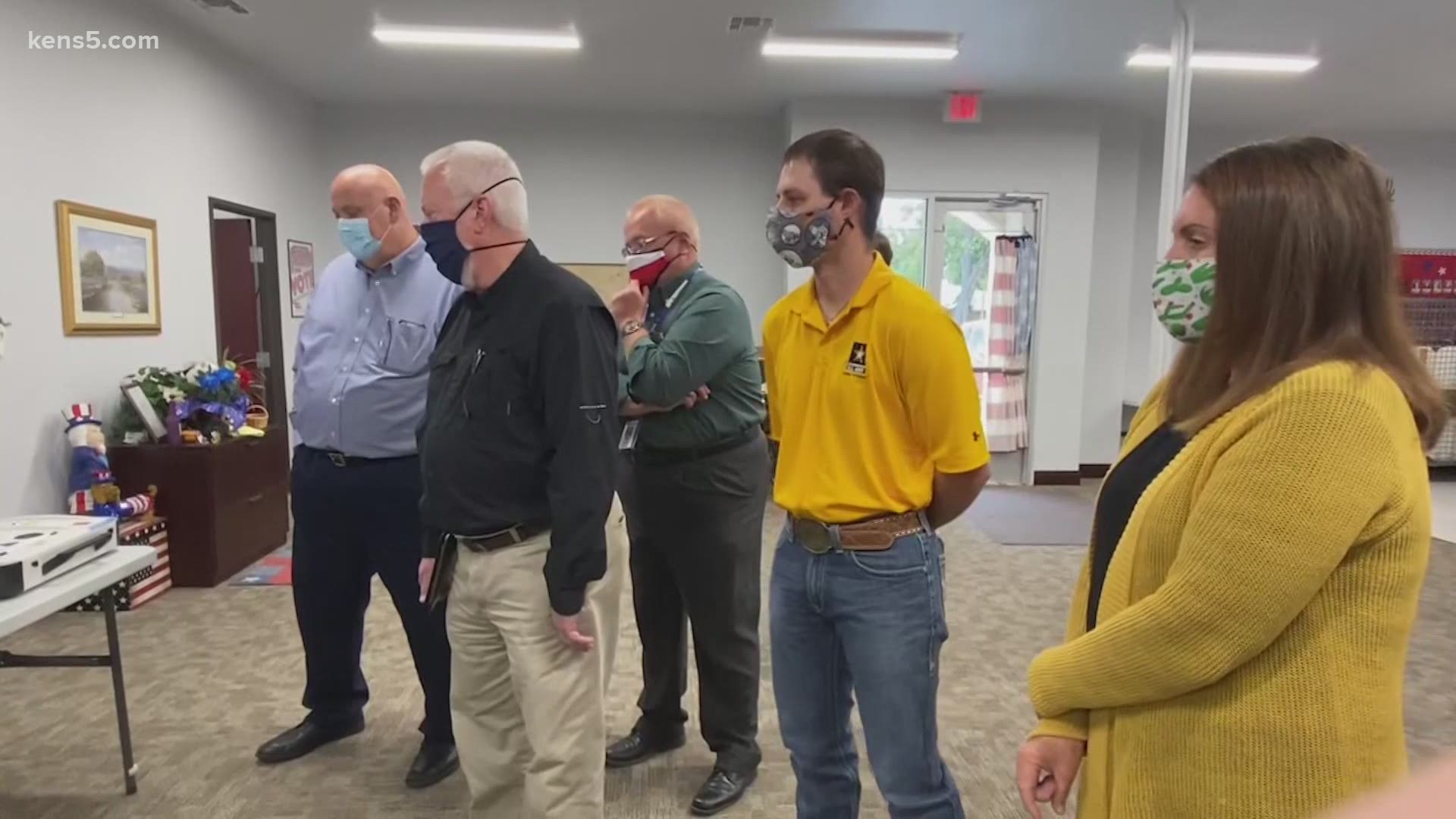 COMAL COUNTY, Texas — A candidate in Comal County, who was impacted by a glitch at the polls on Election Day, is learning more about what happened with his ballot and more than 200 others.

He believes a “do-over” with a special election is unlikely at this point.

Matthew Sargent wasn’t able to vote in his own school board race on election day.

At the polls, his race didn’t come up on the screen.

As the current trustee for New Braunfels ISD district 4, he lost reelection by 251 votes.

This week, Sargent met with Comal County elections officials who explained what happened.

“I felt more frustrated than when I got there,” said Sargent.

He said there is not much anyone can do locally, except be better prepared for the next election.

The meeting included a demonstration of the machines Comal County uses in elections.

Once rebooted, the equipment wasn’t printing out barcodes poll workers use to pull up ballot styles.

The workers were having to manually select which ballot style voters would use.

KENS 5 is scheduled to see for ourselves with a similar demonstration next week.

“This software issue isn’t something we could have predicted and trained our staff for,” a Comal County spokesperson said in a press release.

Sargent sent a complaint to the Secretary of State’s office, but says it won’t change the outcome of the election.

“The only way I can get a new election… is I have to sue - Mr. Tucker, the winner of the election,” said Sargent. “To me, it's not fair for a candidate to bear the burden of a mistake by the county.”

He wants the state to look at the facts and then act, but he doesn’t know if that will happen.

“We're supposed to trust this voting system,” Sargent said. “When you come down and find out, 'Oh, the voting system is not fair and equitable… and there's nothing anybody can do except legal action' - it’s just mind blowing to me that the county or the state can't step in and say, ‘Hey, guys, this is not right. We need to fix it.’”

He said if the state believes an action violated a law, then the Attorney General could investigate.

At this point, Sargent does not plan to sue his opponent over the election results.

Comal County Elections Coordinator Cynthia Jaqua released a spreadsheet this week showing how many voters could have had the wrong ballot style.

It appeared to show 270 voters could have been impacted by the technical issues.

Thursday, a county spokesperson confirmed the data is incomplete since staff is still looking through election information.

Once the data is updated, we will publish a copy of the new spreadsheet.

"Races were never left off the ballot. The problem was some voters didn’t receive the correct ballot style for their precinct," Jaqua said in an email.

The former description of what happened was first used in the headline of a Comal County press release when the issue was announced on November 4.