The artifacts were from a 2008 excavation conducted just outside the north wall of the Alamo with funding from rock star Phil Collins, according to the auctioneer. 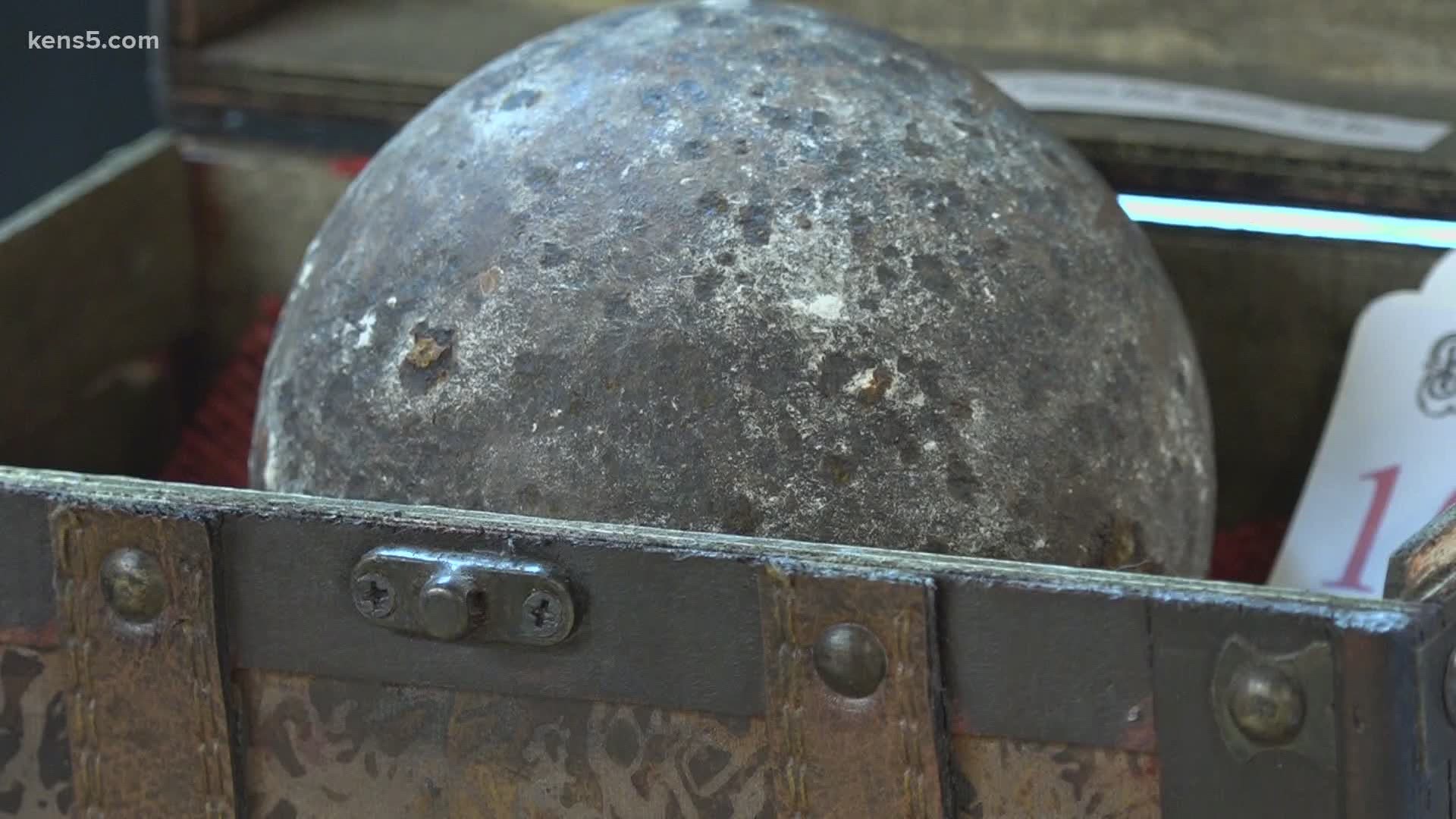 NEW BRAUNFELS, Texas — Cannonballs from the Alamo were the hot items at an auction in New Braunfels, Saturday.

The relics were from a 2008 excavation conducted just outside the north wall with funding from rock star Phil Collins, according to the auctioneer.

The sale took place at the Burley Auction Gallery in New Braunfels.

The hall was silent for months due to Coronavirus concerns. Saturday, for the first time since January, Robb Burley was back on the mic.

He says this auction was particularly special.

RELATED: Alamo artifacts up for auction in New Braunfels this weekend

“The sale was supposed to go down on March 21st, pandemic hit,” said Burley. After being postponed twice, the auction finally took place June 6th. “It's had a lot of time to gather a lot of interest, and it's been really strong.”

Each item has a story. Several of the pieces boast deep Texas roots.

“It doesn't get any better as a Texas auctioneer than selling Alamo relics. I mean, touching a piece of history that, you know, was used in that battle,” said Burley. “Those cannonballs were fired at each other and they can tell which cannonballs came from the Mexican side and which ones were, the 10 pounders here, they actually came from the Alamo Cannon.”

Artifacts from the Alamo caught a lot of bidders’ attention. Many participated by the phone or online.

Texas Country Singer Wade Bowen and his son, Brock, were among the crowd bidding in person.

“My son is a history buff,” said Bowen. “He loves Civil War era stuff, he loves Alamo stuff, so that's why we decide to come out here.”

Bowen was able to see the Alamo items up close during a preview of the auction.

“It's pretty crazy. It almost hard to believe at times that you're actually sitting there seeing this stuff right here in the same room,” said Bowen.

His son was interested in a Civil War rifle.

Other items from the time period were popular as well.

The lots with the most buzz seemed to be the cannonballs.

Another sale with a group of smaller cannon balls, musket balls and buttons went for $27,000.

Each winner is now the proud owner of a piece of Texas history.

“[They’re] going to be the only person on their block with an Alamo cannonball, guarantee it,” said Burley.