A hero's welcome back: Previously hospitalized Comal County deputy happy to be home

After 26 days at University Hospital, Deputy Eddy Luna is finally home. He received a law enforcement escort from San Antonio to his home in Comal County. 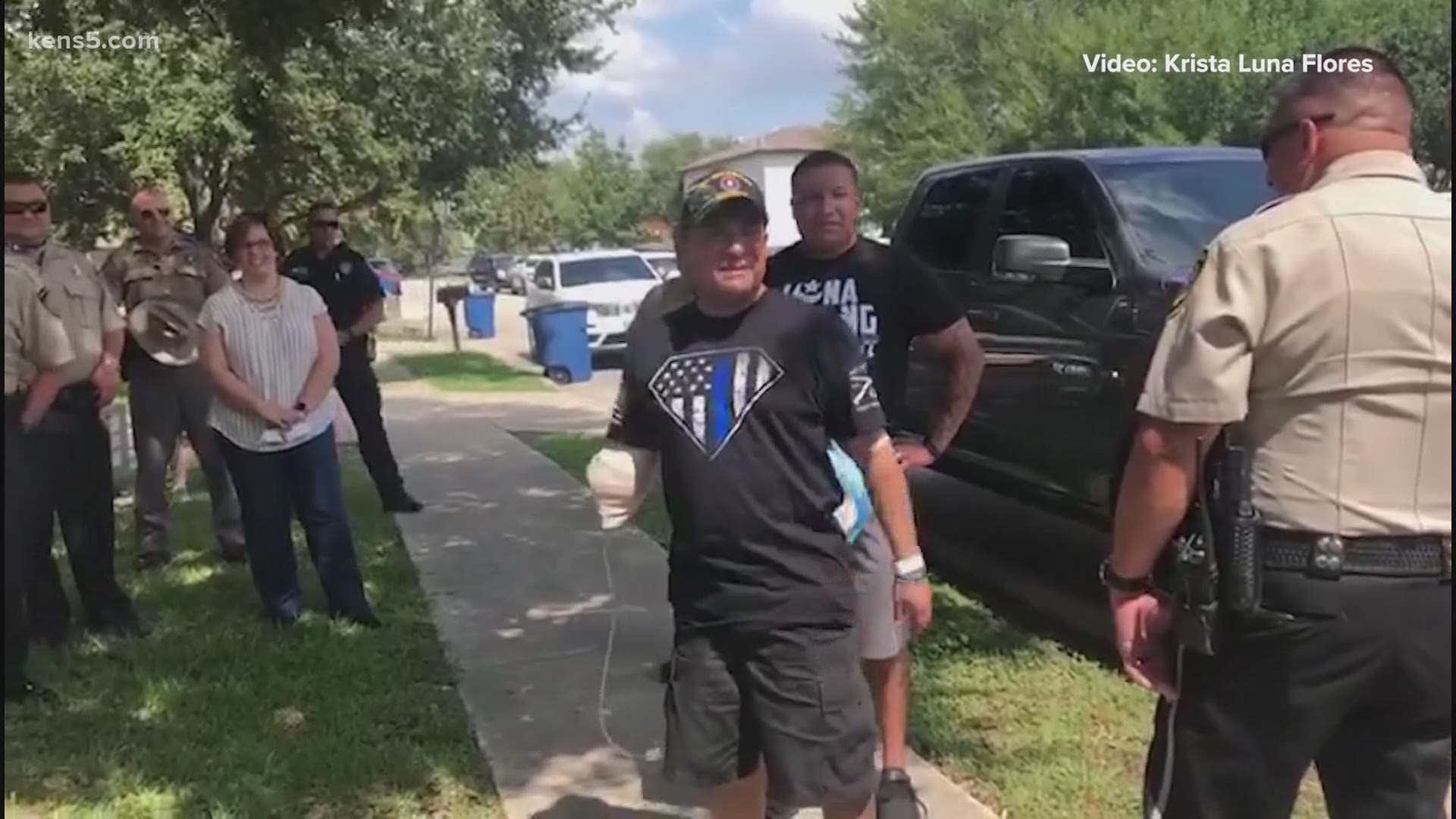 After being shot while on duty, Luna needed weeks of medical care.

Upon discharge from University Hospital, he received a law enforcement escort from San Antonio to his home in Comal County.

“I’m in good spirits and I’m alive. I’ll get myself better,” said Luna in a video recorded by his sister Krista Luna Flores, as the deputy arrived home for the first time in weeks.

The community also helped welcome him back.

The group made sure to give Luna a proper welcome into the New Braunfels city limits. Price and other Jeep drivers parked their vehicles near the Engel road exit to wave as Luna passed by.

“Thank you to … Luna,” said Felecia Feller, another NB Trail Team 6 member. “You’ve done so much for the City of Spring Branch and every surrounding area. We support you 100%, we’re welcoming you back.”

Along with the Jeep drivers, citizens and law enforcement officers also lined the access road of I-35 to show Deputy Luna their support.

“Thanks for your service, thank for putting your life on the line,” said Price. “I know a lot of our first responders do that on a daily basis.”

Her husband Jason, added, “We greatly appreciate all you do for the community, we’re here to back you up 100%.”

Comal County! We have incredible news to share with you!! Check back here very soon! #goodnews #comalcountystrong

Deputy Luna spent 26 nights in the hospital after being shot while serving a warrant in Spring Branch.

The wound led to part of his right arm being amputated.

“I was in the car the day that the call came over the radio,” said Comal County Sheriff Mark Reynolds. “Of course, you're already on a high alert because we heard the shots fired, that was the first thing that went out.  Then to have a badge number affixed, because you know who that badge number belongs to. It's not just the deputy, it's a friend and a family member.”

Rene Luna, Eddy Luna and Nick Nolte were all at the scene in Spring Branch when a gunman is accused of opening fire on the @CCSOTX deputies. Deputy Eddy Luna lost part of his arm after taking a bullet. They reunited today when Luna returned home. @KENS5 📸: Krista Luna Flores pic.twitter.com/N50xeBcvVh

Several other members of Luna's family also wear the badge. Krista Luna Flores says their brother, Rene Luna, is credited with saving Eddy’s life at the scene while Deputy Nick Nolte turned his attention to the suspect. His son, Daniel Luna, is also a deputy and has been giving the community updates as his dad recovers.

“Deputy Luna's got the biggest heart, the strongest resolve, just steadfast determination,” said Sheriff Reynolds. “[He] swears up and down he's coming back to work. I said, you're always going to have a space here.”

Along with the big welcome home, the community continues to hold fundraisers and share messages of encouragement with the entire Luna family.

“We love you and we're here for you,” said Sheriff Reynolds.

The Luna Family was presented with a donation from the Peace Officers' Angels Foundation. The foundation provides...