WATCH: Woman and dog rescued as high water overtakes lower levels of I-35

That stretch of roadway in downtown San Antonio turns into a problem area for drivers when heavy rain arrives. 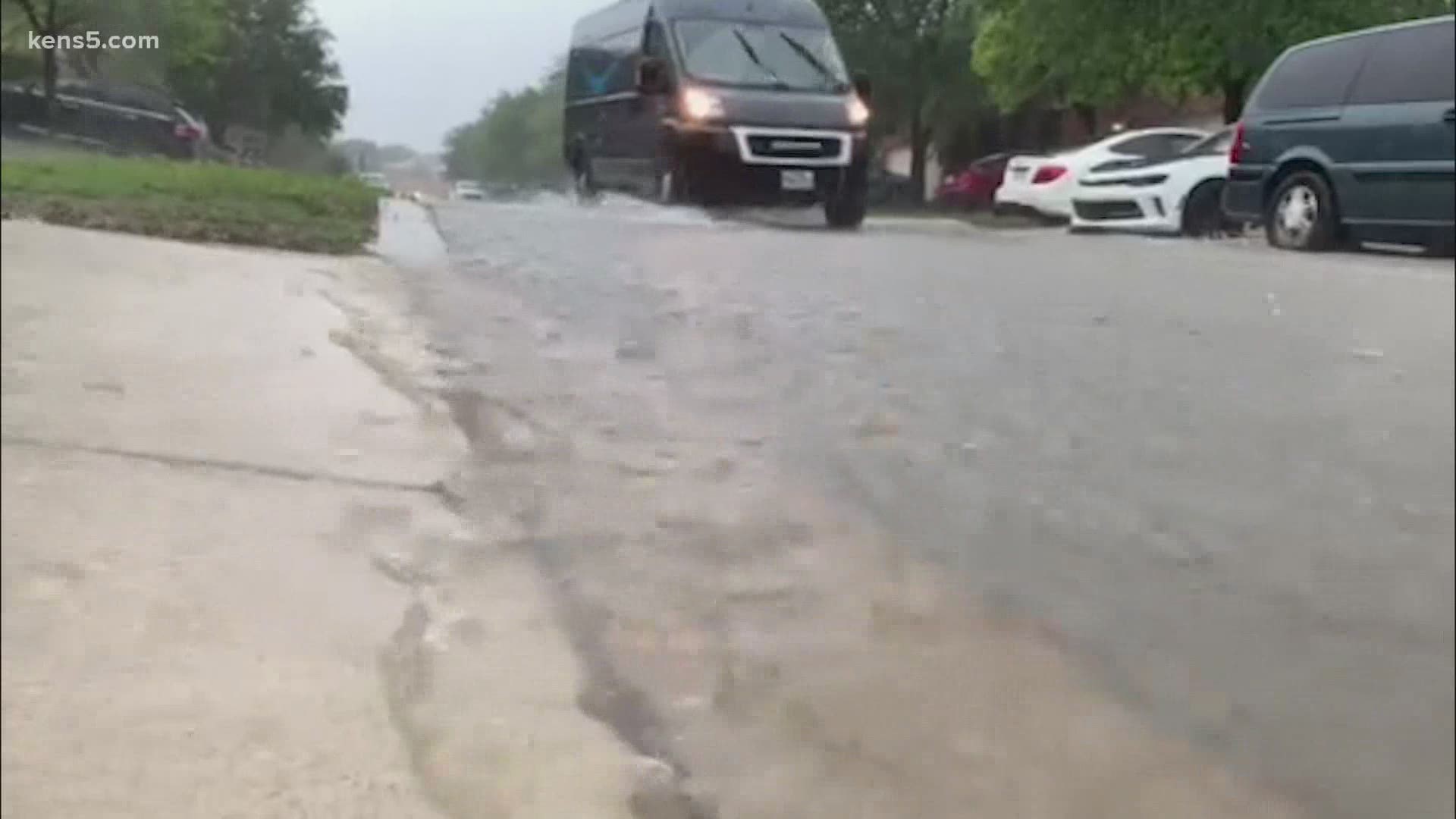 SAN ANTONIO — In downtown San Antonio, the lower level of I-35 has been a problem spot for years when heavy rain moves through town. Saturday was no exception.

One woman's car was overwhelmed by fast-rising water. With the help of a Texas Department of Transportation worker, she was able to save herself and her dog from the highway median.

Eyewitness Brandon Rosier shared that video; he said he often goes to the San Pedro overpass downtown when there's a downpour.

"There were multiple cars stuck down there on either side. It definitely seemed like the rain came down so fast, so quick, that it took a lot of drivers by shock," Rosier told KENS 5. "Thankfully there was already a TxDOT HERO unit on that specific lower level that was able to run down the median and get her and her dog, so it was a really good job by him."

Rosier says he often tells people to follow the advice of experts when storms strike: Turn around, don't drown.