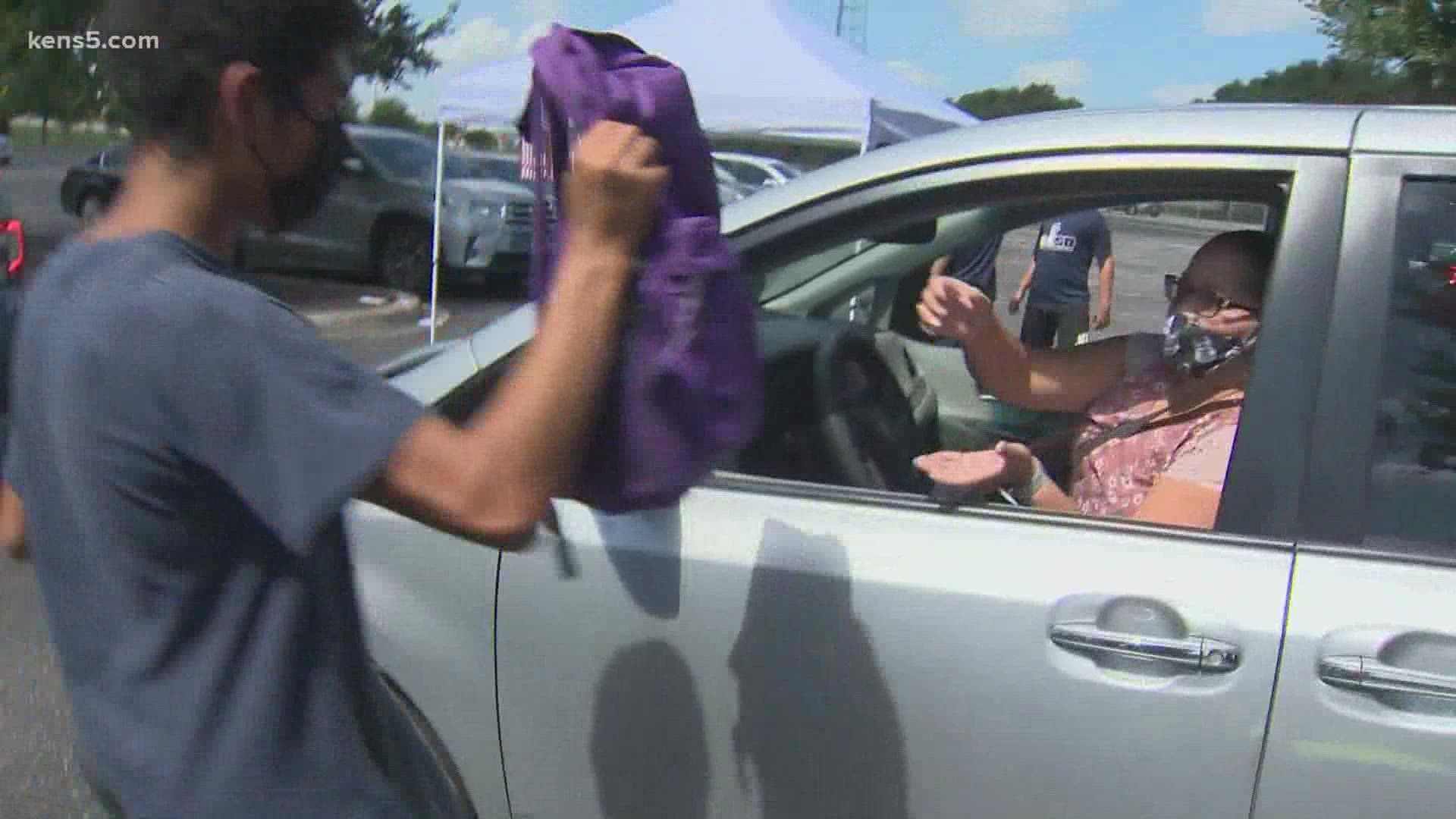 SAN ANTONIO — Smiling from behind her mask, Maurjon Alston stood in a parking lot outside UTSA’s downtown campus Saturday tapping her toes, singing to herself and waving to the cars pulling in and out for the backpacks distributed by Operation Homefront.

“I love being a greeter. I was a greeter last year.” Alston said.

Those backpacks were filled with supplies for children in military families, which the nonprofit is in the process of helping out with the school year preparing to get underway.

“I love just being bubbly, you know, being outgoing as they come in because I'm the first person that they see," Alston said. "And I want this to be a joyous occasion."

A self-described military brat, Alston said she understands all too well the struggles military families face, especially when they have to pick up their lives and move every few years.

“If I can lighten their day by smiling through the mask or waving or dancing or whatever the case may be, then I'm all for (it) just to be able to give back to our military families,” she said.

When it comes to having a personal connection to the families she came out to serve, Alston isn't alone among the volunteers at the distribution event. Team captain volunteer Marisol Escobar reminisced about receiving school supplies at a previous event.

“I was one of those families,” Escobar said. “So now that I saw the impact it had on me and my family, now I give back.”

The distribution was part of Operation Homefront’s Back-to-School Brigade program. Mike Lahrman, the nonprofit's public relations mangers, said they are holding  events in 130 different locations over the course of six weeks in July and August.

“We deliver programs to help strong, stable and secure military families so they can thrive – not just struggle to get by, but thrive – in the communities that they work so hard to protect,” Lahrman said.

Lahrman said summer can be a particularly difficult time for the families of service members, seeing as that's when they tend to relocate.

“They're moving to new locations, new communities, new jobs in some cases. For the kids it’s a new school,” he said. “So, this Back-to-School Brigade is just one way that Operation Homefront can give back and help these military families start strong and stay strong in their new communities.”