KENS 5 viewers helped make his dream come true of racing in Las Vegas, and since then, we've kept up with the little man. 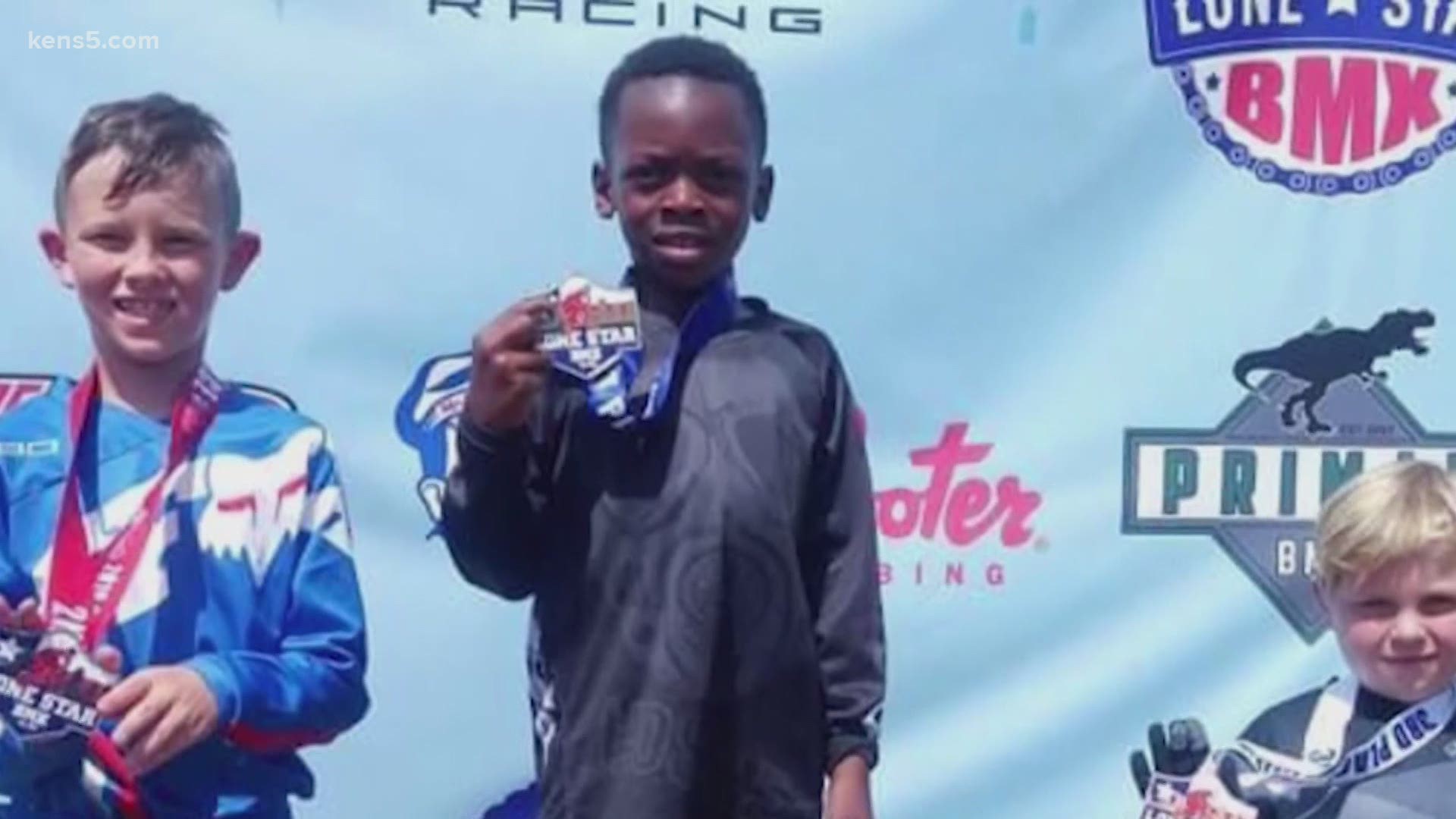 SAN ANTONIO — The number one Texas BMX bike racer in his age group happens to live right here in the Alamo City.

His name is Michael Terry. He's a 9-year-old champion who KENS 5 met last year. KENS 5 viewers helped make his dream come true of racing in Las Vegas, and since then, we've kept up with the little man.

This year, a couple of San Antonio saints set him up for another dream lap around the Nationals Track, but this time, with some brand-new wheels.

"We just tried to fulfill the need to help make his dream come true," said Michele Hoskins. She and Paul Hoskins own Urban Air at Park North.

The pandemic hit their business hard this year. Michele has also battled through some personal health challenges for the past several months, but they say they’re committed to their mission of helping young people soar.

"Despite what’s going on, with the pandemic, we believe we can continue to support our community," said Hoskins.

They surprised Terry with a new BMX racing bike in late October, just in time for his tournaments over the Thanksgiving break. And thanks to their kindness, Terry was able to spend his 9th birthday in his favorite place — the racetrack.

"Thanks to Urban Air for giving me the bike because I really needed that. I was happy. I was excited," said Terry.

A fall in his last lap cost Terry the gold, but he says knowing that his city is behind him is a big win!

When you see someone doing good in your neighborhood, be sure to share it with KENS 5 by using the hashtag #BeTheGoodSA or email us at GoodThingsHappen@kens5.com.