Homeowners with property along the Guadalupe Valley Lakes accused the river association of frivolous spending. 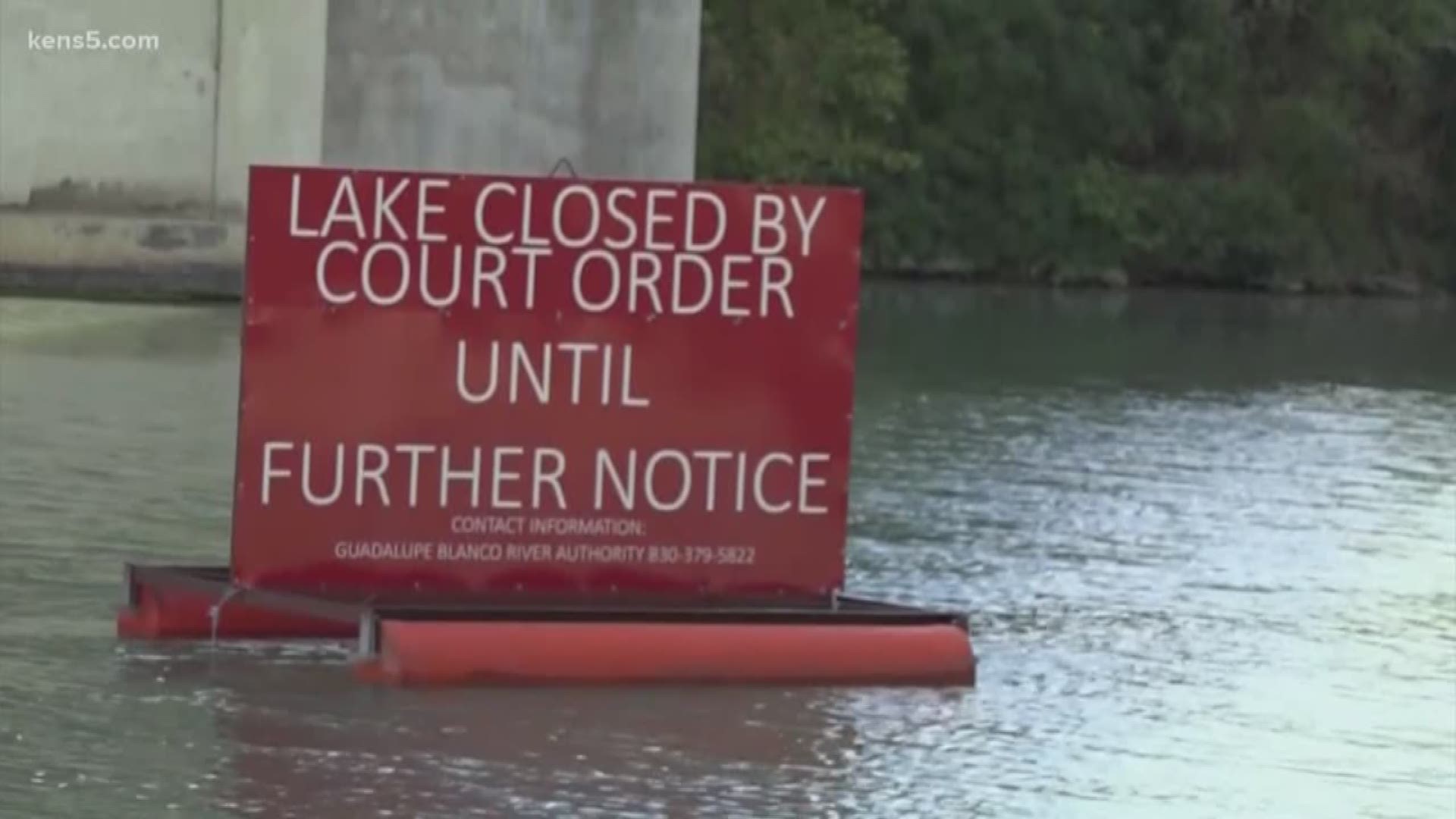 SEGUIN, Texas — A judge denied a request for a temporary injunction against the Guadalupe-Blanco River Authority on Tuesday.

Property owners along the Guadalupe Valley Lakes accused the GBRA of “frivolous spending,” and were hoping to prevent the river authority from using funds for other interests, instead of using the money to fix the aging dams.

This comes after two days in a courtroom in a hearing set by visiting Judge Stephen Ables from Kerrville.

The attorneys for the plaintiffs said one of the reasons for filing the temporary injunction was in hopes of stopping the GBRA from funding nonprofits that they say have nothing to do with fixing the dams.

Douglas Sutter, the attorney for the plaintiffs, referred to 2018 investigation by the Texas Sunset Advisory Commission, the organization recommended in their report that the GBRA “create clear boundaries and reporting structures between its staff and associated nonprofits.”

Sutter argued the GBRA was utilizing river authority employees to do the work for the nonprofits like the Guadalupe Blanco River Trust.

However, GBRA GM and CEO Kevin Patteson testified that after the Sunset report’s recommendation they have distanced themselves from the nonprofits.

Deputy GM Johnathan Stinson said on Tuesday when he took the stand that the GBRA created a Memorandum of Understanding that would put the GBRT on a “path of sustainability by 2023.”

The plaintiffs were also asking the judge to stop the GBRA from selling water at discounted rates, citing a recent deal with New Braunfels utilities.

Another element of the injunction request involved halting the GBRA’s plans to move forward with their new facility in New Braunfels at a $6 million price tag.

GBRA leaders testified that they have already requested a 120-day hold on the plans to focus on issues related to the Lake Dunlap Dam failure, and the severity of the situation with the hydro-lakes.

Both Stinson and Patteson pointed out the need for more space as a reason to build a new facility, in addition to a close proximity to most of the employees.

Sutter also called board member Don Meador to testify about a conservation easement on his property in San Marcos, accusing him of making an insider deal through the GBRT.

Two former GBRA employees were called to the stand, stating they felt the deal was a conflict of interest, even though the easement was approved.

GBRA attorneys said the river association provided no funds for the purchase of the easement, but the deal was unfair to the general public who didn’t have insider knowledge of such deals.

In a heated exchange on the stand Monday, Patteson responded to Sutter’s questions saying, “we don’t believe it’s your right to come into our business and tell us how to operate.”

However, that was one of the main points of contention during the two day hearing. Plaintiffs alleging the GBRA is “mismanaging” their funds, and asked the judge for the temporary injunction to use some of those funds to replace the dams.

Sutter referred to the GBRA’s statutory requirement to replace and maintain the dams, referring to TCEQ guidelines, and the Texas Administrative Code.

“TCEQ and the Sunset Commission both have regulatory authority over GBRA and they can assess whether policy is being violated and what needs to be done to correct policy, and if they see that or believe that something untoward is happening, they won't hesitate to say, ‘Hey, you're going down the wrong path here, you need to fix it’,” said Lamont Jefferson, attorney for the GBRA. “And they have the enforcement mechanisms to require GBRA to do that. So if there were policy violations, as the plaintiffs allege, that would have come out either in the Sunset Commission investigation, the TCEQ reports or the legislature.”

Finally, it came down to the burden of the plaintiffs to show imminent and irreparable harm, and Ables said he didn’t think the GBRA posed an immediate harm to the property owners.

Even after Ables denied the request, Sutter said it’s still a victory for the plaintiffs because, without the hearing, the public wouldn’t be aware of what’s going on behind closed doors with the GBRA.

“The thing we established today is the arrogance of this organization. You heard testimony of the general manager, saying, ‘You don’t have any right to tell us how to do our business,’ and we do have a right because I represent property owners and we’re citizens of the State of Texas,” Sutter said. “They work for us, not vice-versa.”

And, also a victory for the GBRA.

Jefferson saying if the temporary injunction would have been approved it would have had “a significant impact on how the GBRA does business.”

“That’s one of the things the court was considering, is could the court require the GBRA to use its assets in any particular way and the court determined that it could not and left discretion about how GBRA operates its business to the GBRA,” Jefferson said.

GBRA leaders said they will continue working with the lake associations to find solutions to fixing the dams.

Patteson released this statement Wednesday after the judge's decision:

"We are pleased with the outcome of today’s court decision. We can now get this behind us and continue moving ahead on the progress made with lake associations and stakeholders to find long-term funding solutions to replace the aging dams along the Guadalupe Valley Lakes. We remain steadfast in our commitment to collaboratively work together to find viable options. The recent agreement with the Preserve Lake Dunlap Association is a great example, and can be used as a framework for the other lakes. Additionally, with today’s court decision, GBRA can get back to its important mission of providing water and reclamation service to our 350,000 utility customers.”

The trial is set to take place in October of 2020.

“What we're claiming with regard to the irreparable harm is the fact that if they say the damage or the failures are eminent, they're not going to repair the dams; that affects the property owners," Sutter said. "The judge just said that's not enough for me to act early. I'm going to listen to it later on in the trial of the case."