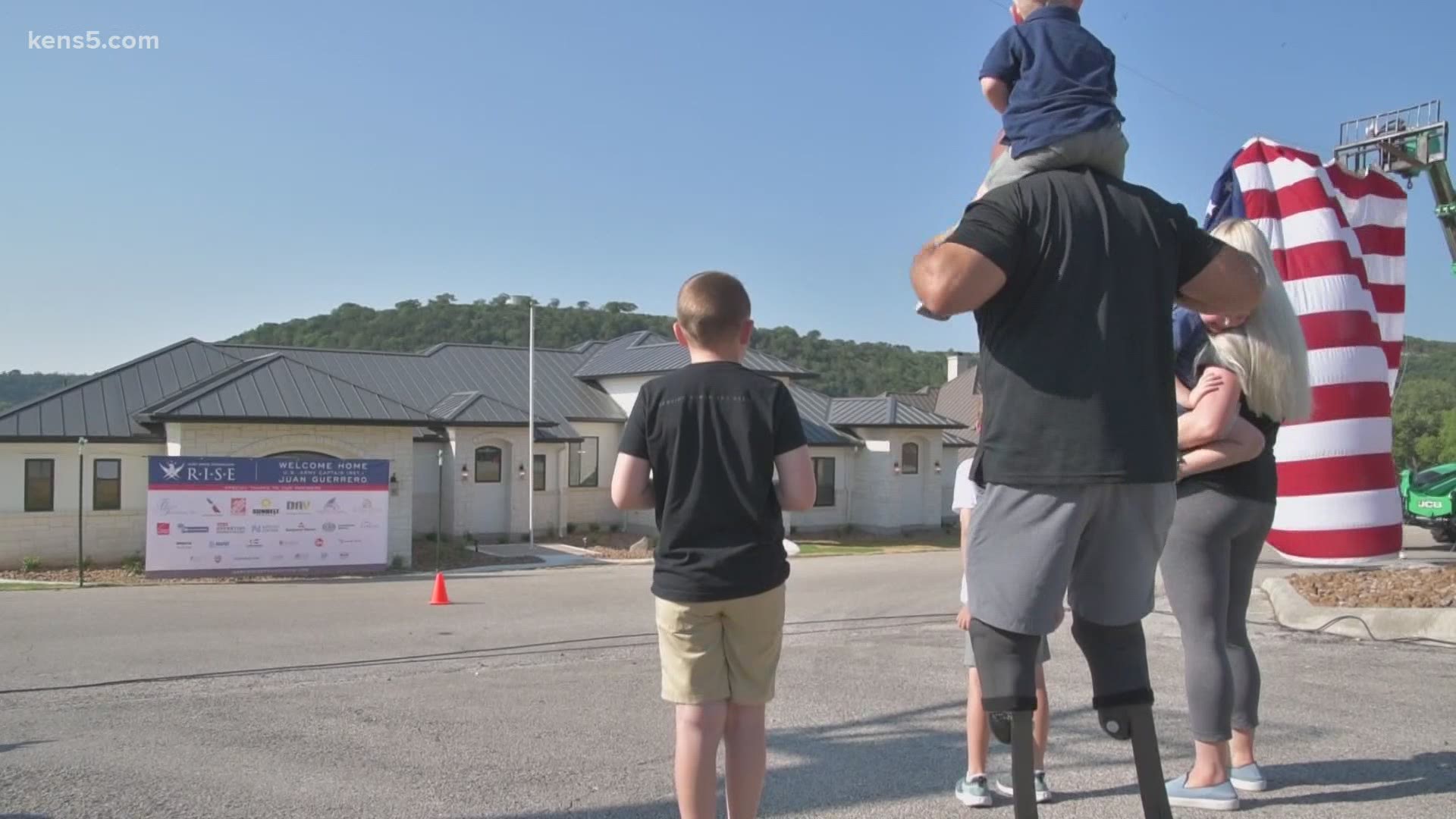 SAN ANTONIO — A wounded veteran with over 20 years of service moved into his new adaptive house Thursday with the help of a well-known benefactor.

The family's new accommodating home was built courtesy of the Gary Sinise Foundation, run by the Oscar-nominated actor known for his roles in "Forrest Gump" and "Apollo 13," among other films.

“Gary is the one that told us that we had been accepted into the program," Guerrero said. "He actually asked us, ‘Would you be OK if we built you a home?’ And we were like, 'Absolutely.’”

“Today is bound to be filled with endless amounts of feelings, so let it be,” Andrew Jahnsen, project manager for Gary Sinise Foundation, told the family.

Guerrero joined the Marines after immigrating to the U.S. from Lima, Peru. After 23 years in the military and 350 missions between the Marines and the Army, he was injured when his convoy in Iraq was hit by an explosively formed penetrator, or EFP, on July 26, 2007.

“My medic saved my life. My soldiers saved my life,” Guererro said. “I wouldn’t be here if it wasn’t for them.”

Guerrero’s legs survived the attack, but after 22 surgeries and unrelenting pain, he decided to have his right leg amputated below the knee.

“As you know, if you have a Lamborghini with a flat tire, you gotta change the tire,” he said.

He would later lose his other leg after one of his wounds developed a cancerous tumor.

His wife, Shannon, worked with the foundation to design the house to meet her husband’s needs.

“JJ likes to, you know, always pretend like he’ll be fine, he’s good. Don’t worry about me,” Shannon Guerrero said. “He’s worried about us, and it’s him that we worry about.”

Although the foundation bears the Hollywood actor's name, the home, and others like it, also owe their creation from donations from corporations and everyday Americans.

“It was very tough for me to come up with words that can describe how Shannon and I feel about receiving such a wonderful gift from the American people," JJ Guerrero said.