Officials say the teenagers left the Freeman grounds without permission earlier this month. 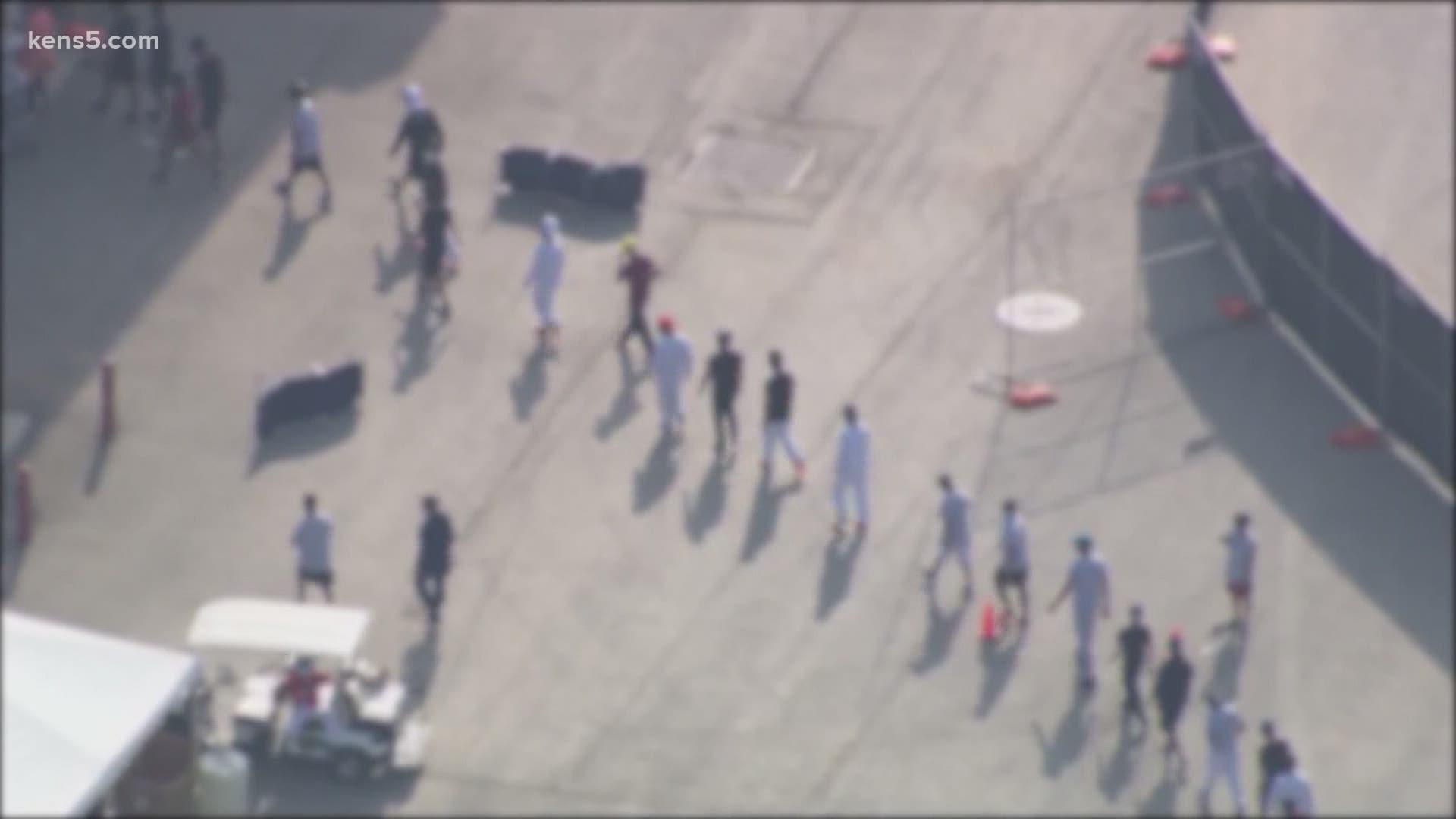 SAN ANTONIO — Three asylum-seeking teenagers brought to San Antonio's Freeman intake site to be temporarily housed alongside thousands of others are unaccounted for, and have been for two weeks.

A federal employee temporarily serving as a spokesperson for the U.S. Dept. of Health and Human Services confirmed the development to KENS 5, saying the teens "remain outside of our care" as of Tuesday afternoon. The spokesperson added another teenager was briefly reported missing on April 16 before they were soon found elsewhere on Freeman grounds.

HHS said "improvements have been made to ensure the safety and security" of the unaccompanied minors at the intake site in light of the incidents, though it's unclear what efforts are being taken to find the three teens who left the shelter without permission.

The first migrant children arrived at the Freeman intake site on March 29. As of this week, according to Wolff, there were 1,802 minors being housed there. Sponsors have been found for only a small percentage of minors so far.