“Every one of these girls that we've been hearing about in Floresville? They felt safe. They didn't think it could be them." 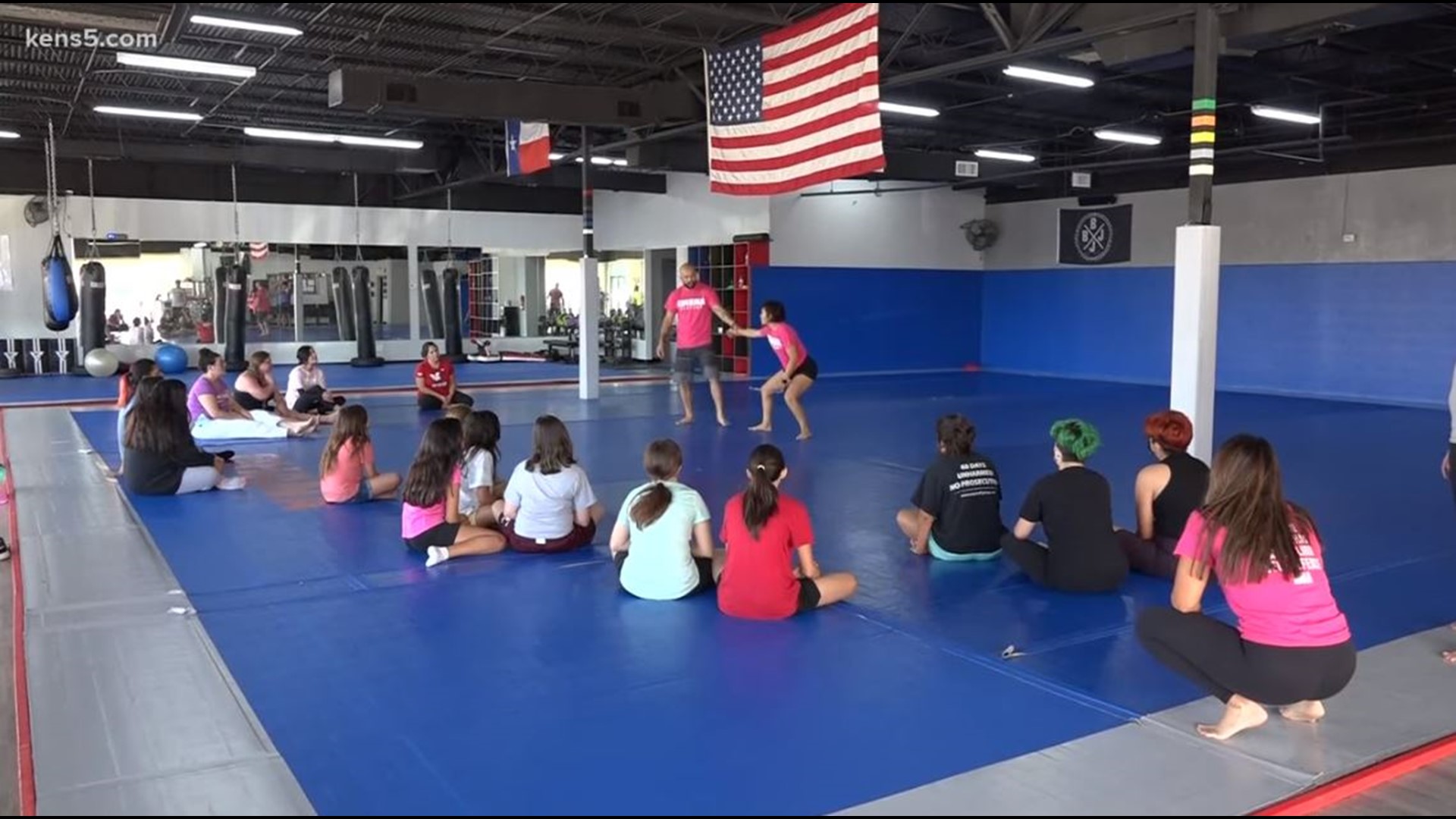 SAN ANTONIO — Some Floresville parents took a stand to protect their daughters by enrolling them in a free self-defense course Saturday morning.

The training scholarships were offered after reports of at least two girls being sexually assaulted on the campus of Floresville High School recently. Rushing headlong into something new, girls from Floresville came to the Ohana jiu jitsu gym in northwest San Antonio to learn some basic techniques of self-defense.

Laughing and having fun, about a dozen girls seemed to enjoy the time they invested in learning how to be safe.

“Every one of these girls that we've been hearing about in Floresville? They felt safe. They didn't think it could be them," said mom LoriAnn Gonzales.

Gonzales added even though Floresville is a smaller community, where there’s a feeling of safety, "there have been some things that have happened in recent days that have let us know our girls are not untouchable. Our girls are just as vulnerable as anybody else's.”

Echoing the fears of people who rallied outside Floresville High School Friday, many are demanding justice from the district after posts circulating on social media claimed two girls have been attacked in recent weeks.

After reports surfaced that a girl had been attacked in a bathroom, some parents expressed ire that their daughters had been told to use the buddy system when using the restroom.

Several parents said it would be far more appropriate for the district to do more to address campus safety issues.

Not leaving anything to chance, the parents who took advantage of the seminar offered by Eagles Flight Advocacy and Outreach said they are making sure their girls have the hands-on training that might save them from an attack.

“This is incredibly important because every girl should know, and have the confidence, to protect herself when she is being attacked," Gonzales said.

The mother says she's pushing for protection, and for support for anyone who has been attacked.

“I've been through trauma. It is not the end of the road. They can reclaim themselves and their identity and we should encourage them to do so,” Gonzales said.

School administrators released a statement Friday encouraging anyone who has been victimized to speak up and promising they are investigating allegations, and will push to prosecute anyone found in violation of the law.