Dozens of community members gathered at the spot where Roundtree spent his last moments before he died from police gunfire. 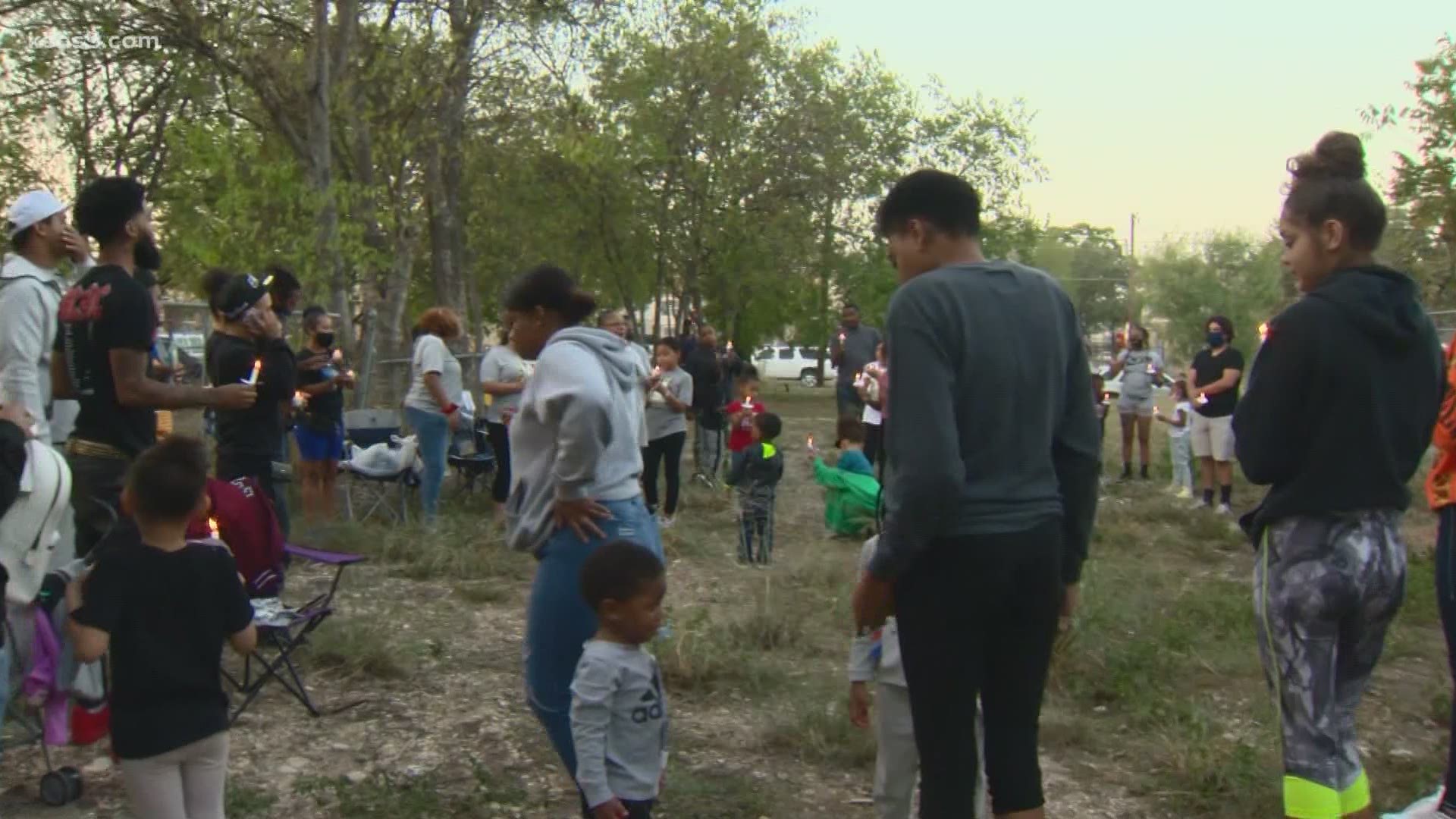 SAN ANTONIO — Family, friends and community members gathered Saturday night to reflect on the life of 18-year-old Charles Roundtree, who died after a San Antonio Police officer shot and killed him two years ago.

Dozens of people convened on the property of the now demolished-home along Roberts Street where a disturbance call turned deadly.

The candlelight vigil was a time for mourning and for everyone to share positive memories about Roundtree.

Roundtree’s grandmother remembers “Chop” as a bright light in the world.

It was Oct. 18, 2018 when San Antonio police officer Steve Casanova responded to reports of an assault allegation. Casanova reportedly knocked on the door of the home, and inside were three people, including Roundtree.

Casanova said he saw one of the individuals reach for a gun, which prompted the officer to fire shots hitting the person in the back.

The gunfire also ended up killing Roundtree who, according to witnesses, was sitting in a chair and was unarmed.

A grand jury reviewed the case and did not indict Casanova.

Roundtree’s adoptive mother, Bernice, remembers her son fondly and is thankful for the community’s support during the past two years.

“Just to bring some awareness just for everybody to honor Charles his day of passing. He was a good kid, he was a bright kid, that he was very motivated. He didn’t deserve to die that night, he had no reason to be dead. He should be here,” she said.