The mother-of-four was killed after SAPD said physical evidence shows they accidentally shot her when they shot her common-law husband. 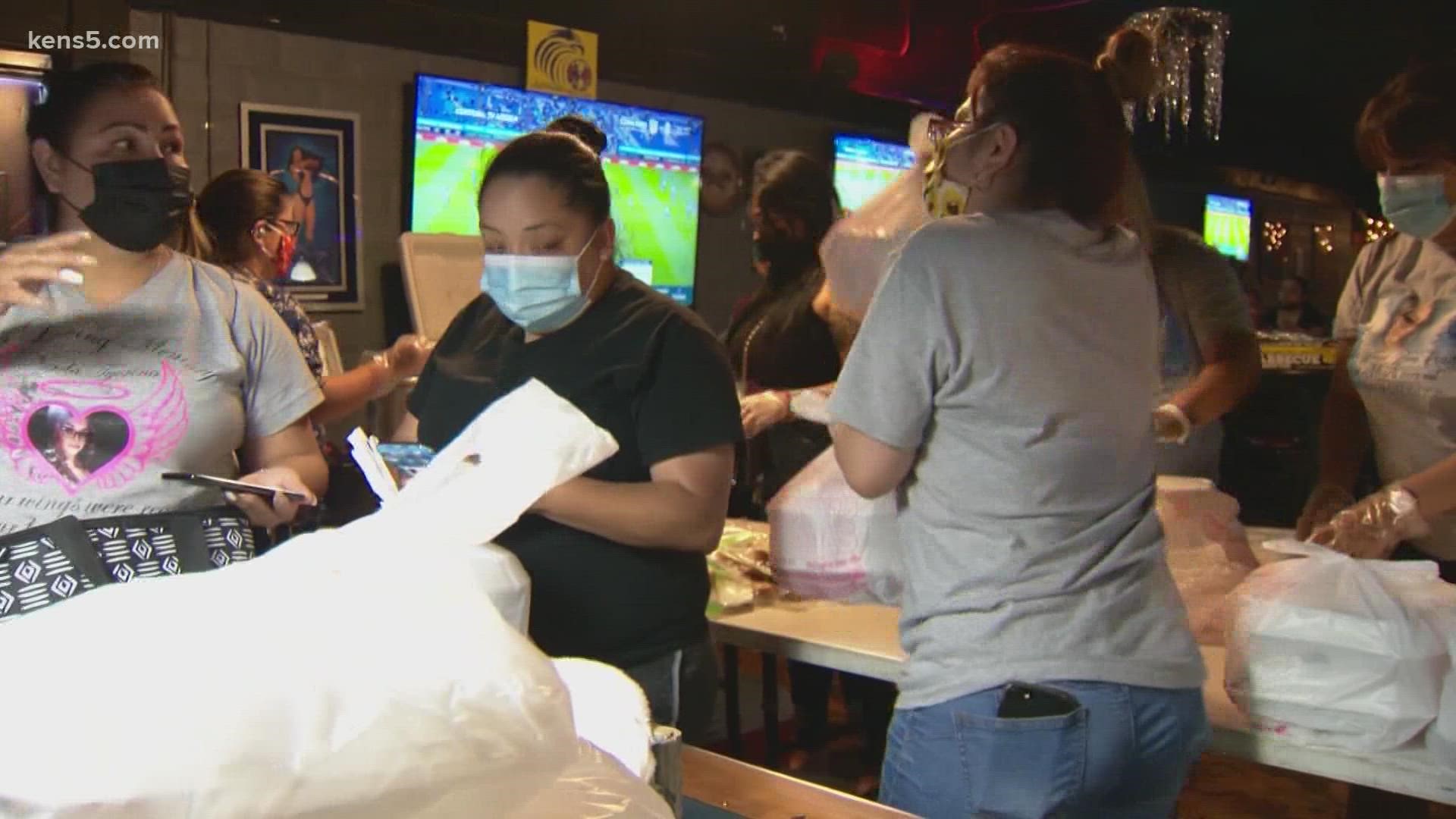 SAN ANTONIO — Family and friends gathered early Sunday morning at Jakarandas Nite Club for a plate sale to raise money for 29-year-old Neida Tijerina. The mother of four was shot and killed on Monday.

San Antonio police said they were trying to save her from a hostage situation involving her common law husband. Police said physical evidence shows they may have accidentally shot and killed Tijerina when they shot her husband, 28-year-old Angel Sanchez. Police Chief William McManus said Sanchez had a history of domestic violence.

"She was always, like, they say, the life of the party, like very cheerful, very good going person," Nadia Vargas, a friend of the family, said.

Vargas said she decided to get involved because she, too, has been a victim of domestic violence.

"Seeing what they're going through right now. I mean, I know they need all the support," Vargas said of the family.

"If it wasn't for them, this wouldn't be possible today," Vargas said.

Vargas said they received plenty of donations from the community to help make the fundraiser happen, including items for a raffle. She said family and friends worked long hours to get everything together, some arriving as early as 5 a.m.

"It overwhelmed me. But then I'm like, no, I got this," Vargas said. "We're…we're going to do this. We have to for her and her babies."

Vargas said she expected to sell 500 plates, but only a few hours in, and they sold more than a thousand.

It’s something Vargas said she never would have expected.

"So it's a very emotional seeing how many people come together, people that you don't even know," Vargas said.

Proceeds from each plate are going to pay for Tijerina's funeral services, as well as her children.

Vargas said they’re gratful to everyone who has donated, helping to make a difference for a family going through so much.

A GoFundMe has also been set up for Tijerina’s children. It’s raised $6,000 so far.