A GoFundMe spokesperson told KENS 5 they have a zero tolerance policy for misuse and its safety team is looking into the pages. 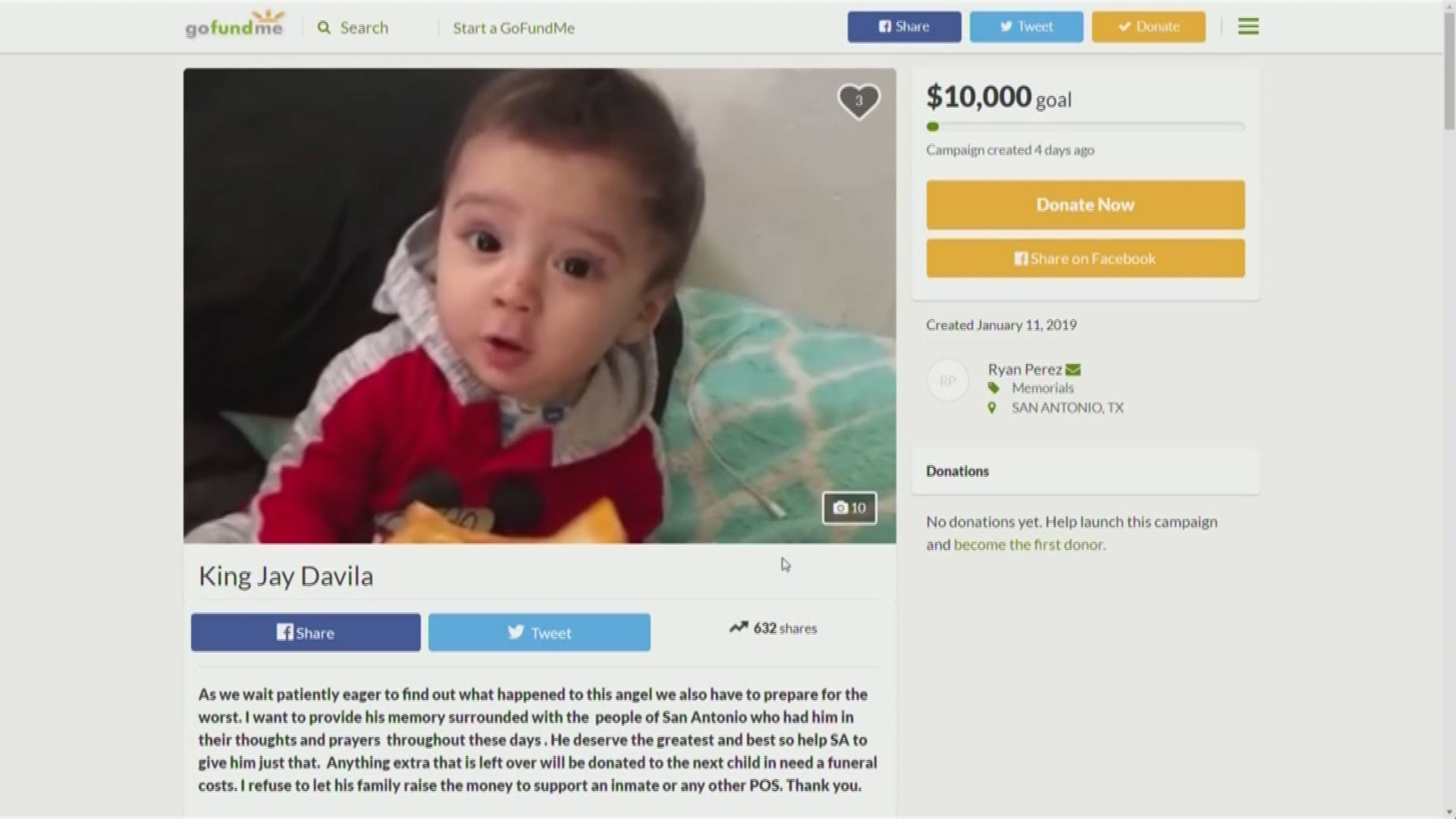 SAN ANTONIO — The tragic death of baby King Jay Davila has gripped this city and the country. But fake fundraising accounts are claiming to accept donations for the baby's burial.

A GoFundMe spokesperson told KENS 5 they have a zero tolerance policy for misuse and its safety team is looking into the Baby King GoFundMe pages.

Eagles Flight CEO Pamela Allen is warning people about the pages circulating online. She said that you shouldn't give to them. KENS 5 found one online that was created on January 11. It is asking for $10,000 for the burial of King Jay.

"We don't need to have GoFundMe accounts," Allen said.

She said Castle Ridge Funeral Home will pay for King Jay's funeral. She also said Any Baby Can, a local nonprofit, has donated a site for him to be buried.  She said the family is aware of the plans.

Allen said people instead should give to non-profits who are trying to raise a voice against child abuse.

In regards to the investigation, no new charges have been filed. The baby's father, grandmother, and second cousin are still in custody awaiting court dates.