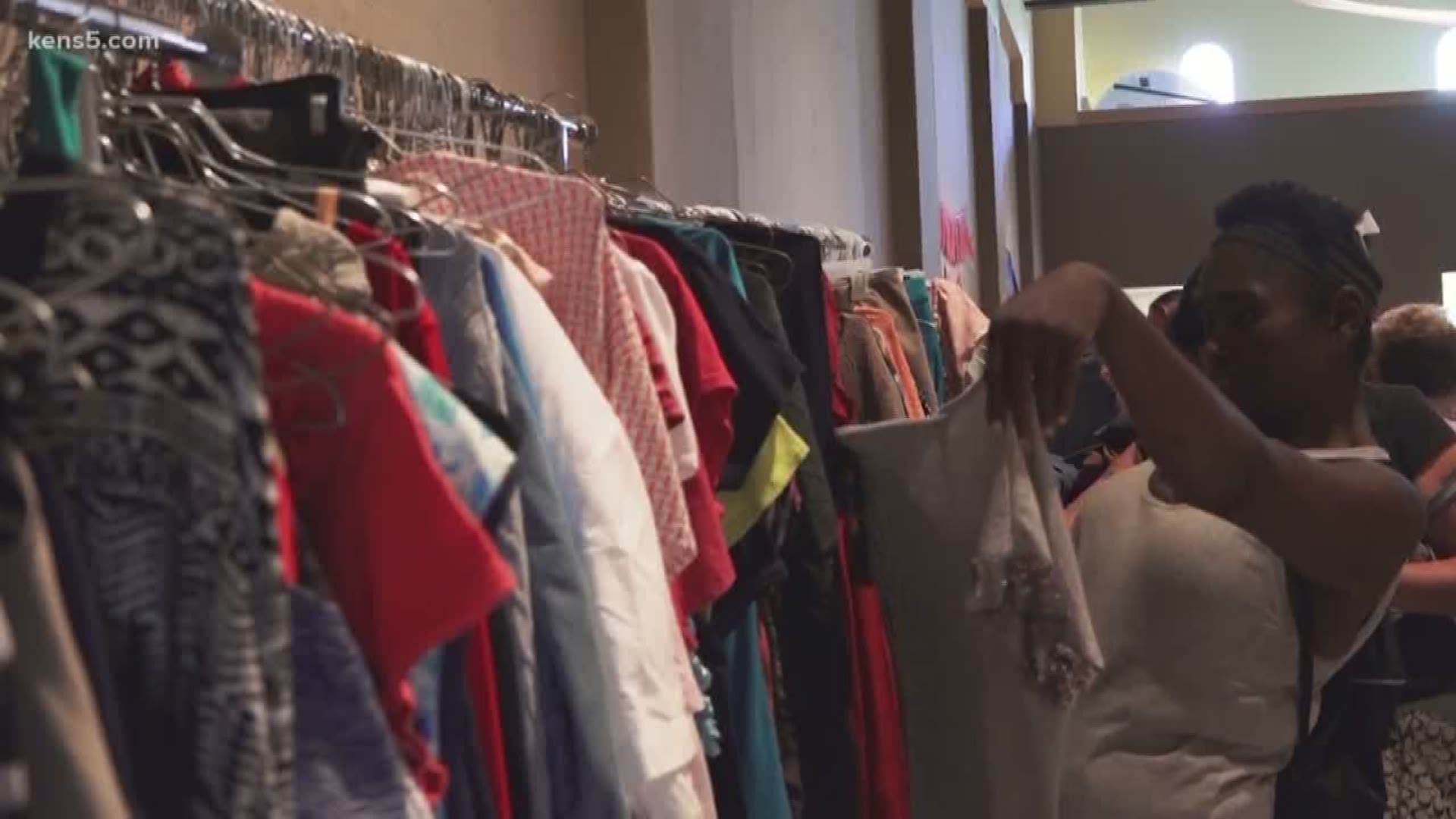 There are more than 300,000 victims of human trafficking in Texas and one local ministry is giving hope to the victims that live in San Antonio.

More than 100 women filled Progresso Hall on the city's west side on Saturday. The women received free clothes, purses filled with hygiene products, haircuts, and manicures.

This is the second year that Victory Outreach hosted the Code Red event to provide the resources that these women need.

"I was in the streets and I was hurting. I had lost custody of my children. I had no hope. Nobody tried to help me. Nobody reached out to me," said Debbie Molina with Victory Outreach. "I got my life restored. I got my kids back. My marriage was restored. And ever since then, I've been in Victory Outreach for 33 years."

Molina said that many women that were in the room on Saturday have experienced homelessness, drug addiction, sex trafficking, or prostitution.

Michea Marquez has also turned her life around through the help of Victory Outreach. She gives women “Genevieve’s Purses” in honor of a woman that she ministered on the streets of San Antonio.

"It's named after her because Genevieve Ramirez was the first person to received one of these purses in December 2014," Marquez noted. "After she was murdered, she was cremated, and so she just ended up being forgotten, just like a regular girl on the streets. And to keep her story alive, we hand out these purses in her honor."

Victory Outreach is working to open a new women's shelter in San Antonio to continue to help women in need.