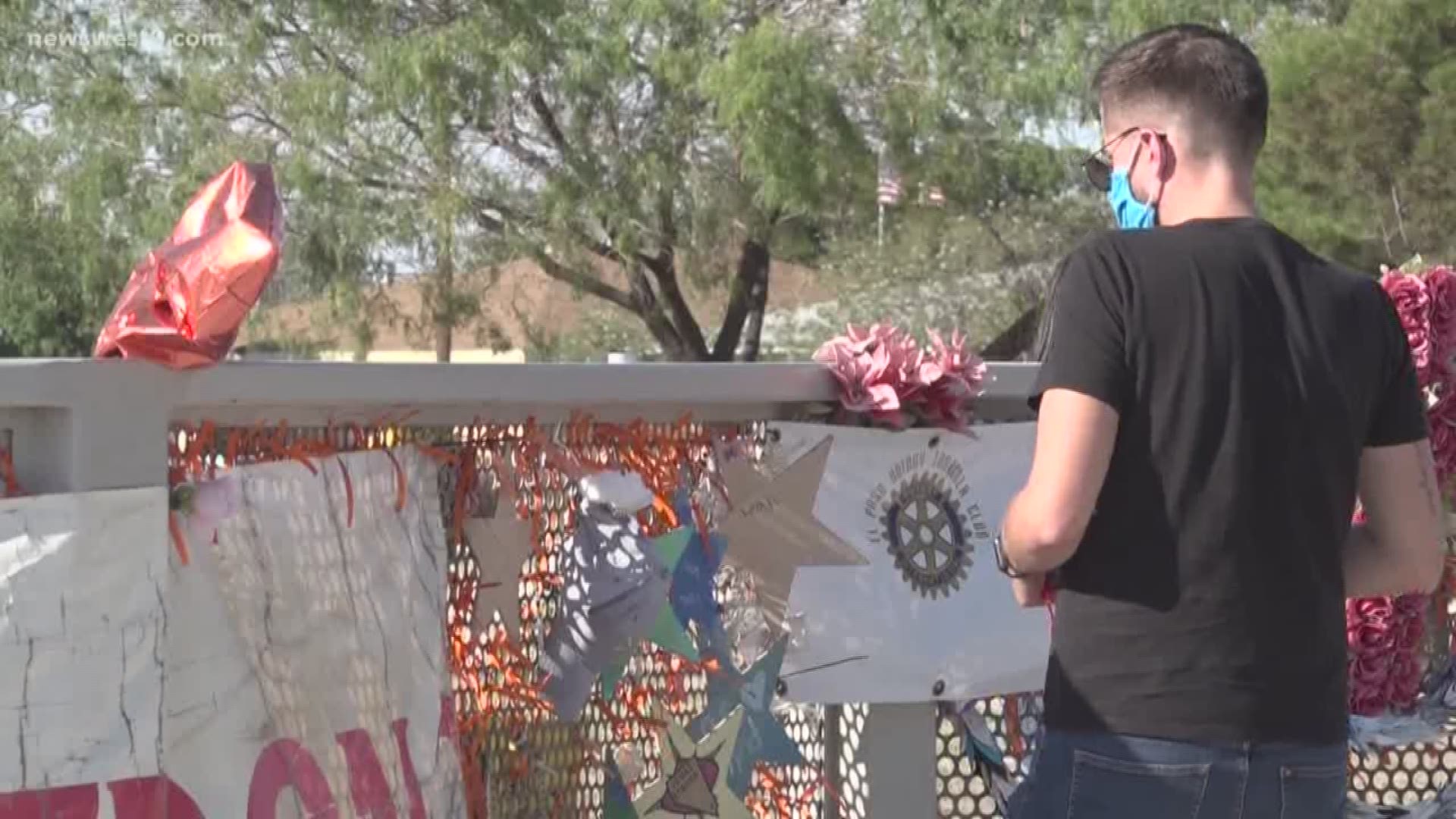 EL PASO, Texas — A year after a mass shooting unfolded at an El Paso Walmart, thousands of El Paso residents came together to pay respect to the 23 people that were senselessly killed.

More than 1,000 cars lined up to enter Ascarate Park on Sunday, which was decorated with the help of volunteers and the city of El Paso, to have a candlelit path leading to a display of 23 bright shining spotlights, a tribute to the number of victims killed.

On Monday, Walmart hosted a private ceremony for loved ones and friends of the victims killed in the mass shooting.

The ceremony also served as an unveiling for a memorial structure bearing the names of the victims and a detailed description of the 30 foot structure called the "Grand Candela," which lights up at night

At Ponder Park, just down the street from the Walmart, another memorial was built up by residents of El Paso.

The temporary wall was decorated with handmade banners, signs and pictures showing support for the city and sympathy for the victims.

Orange ribbons were given out by volunteers so everyone who visited could contribute to the heartfelt tribute.

"We are healing, we're a resilient city, while I think that's an over used term, its in our DNA," said Margo.