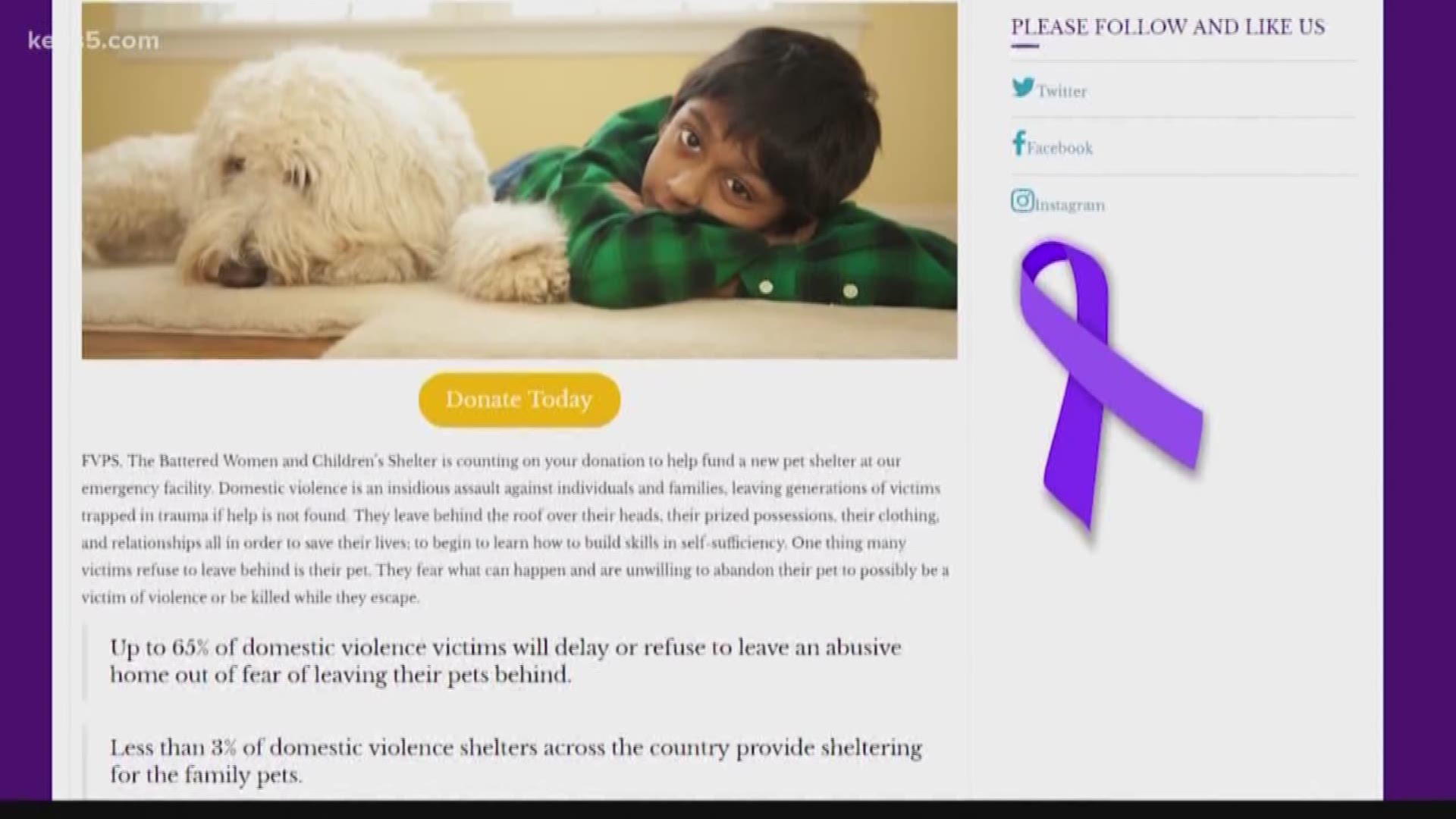 SAN ANTONIO — A lot of people see their pets as family members, and Family Violence Prevention Services says that fact often makes people living in abusive situations reluctant to leave out of concern for what will happen to their animals.

"It is, in fact, the reason why some victims do not come to the shelter, do not seek the safety of the shelter—because they do not want to leave their pets behind," said FVPS CEO Marta Pelaez.

The nonprofit hopes to give victims pets' a "New Leash on Life" by building a pet shelter and forming a comprehensive program in which families living in their Battered Women and Children's Shelter can regularly visit the pets.

"An opportunity for them to start to rebuild their lives, to rebuild the emotional connections between them, the mother, the children and the pet," Pelaez said.

"Since the protective order right now allows for the victim to include not only the children but also the pet in that protective order," Pelaez said. "So where is that victim going to go with a pet? So we have to have space for the pet as well."

Specific plans are still in the works, but a capital campaign is underway. To donate, click here.