Cyberbullying is getting worse during the pandemic

The amount of cyberbullying has nearly doubled with so many children on computers at home. 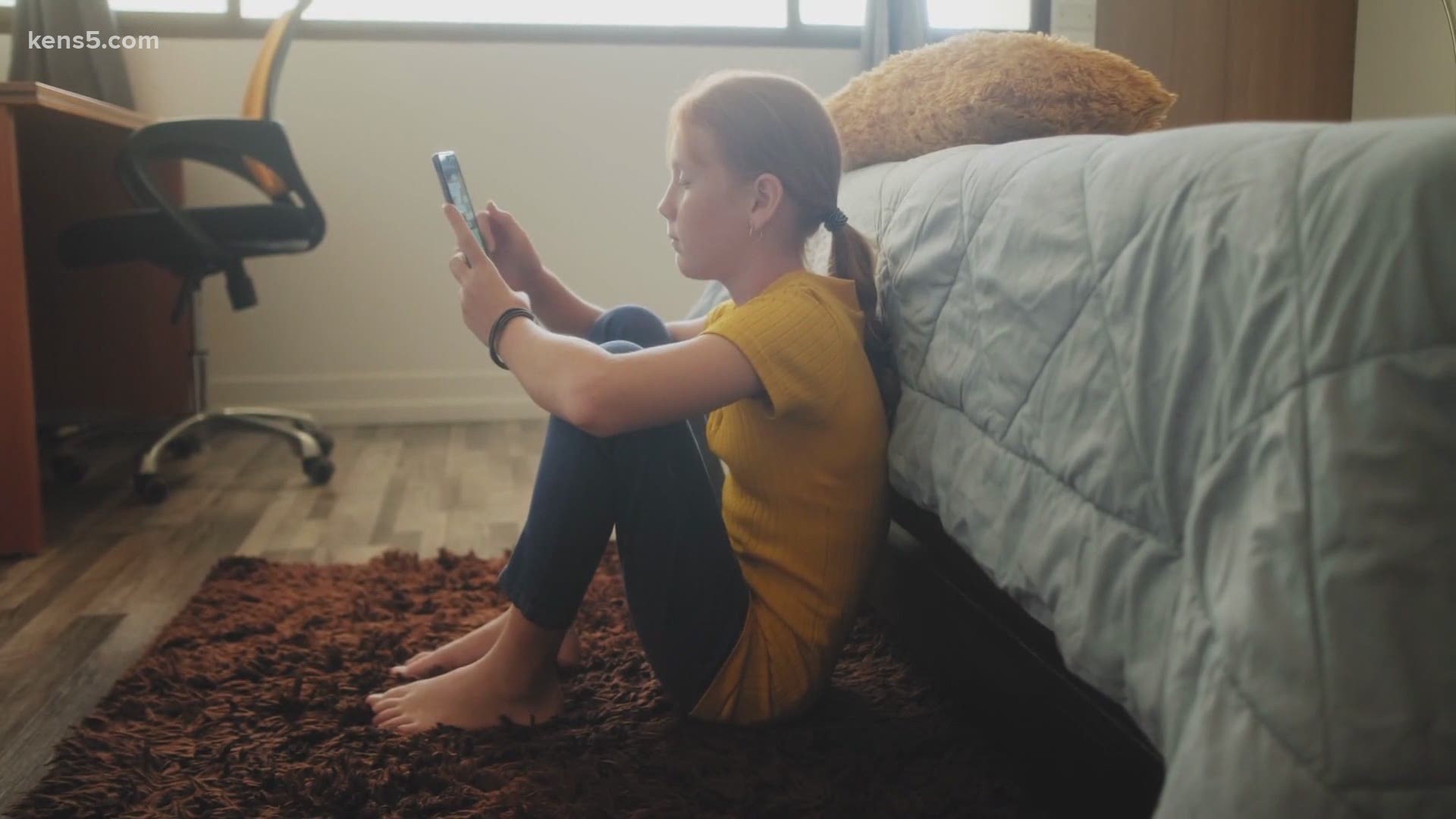 SAN ANTONIO — Ever since the pandemic began more kids have been spending time on electronic devices, but along with that increased time comes increased cyberbullying. And now that school has begun, experts are saying the amount of cyberbullying has gone up significantly.

We've all heard the phrase, "Sticks and stones may break my bones but words can never hurt me." That phrase couldn't be more wrong. Especially for Maurine Molak, whose son David took his own life close to five years ago after enduring an unbearable amount of cyberbullying.

"We miss him tremendously and there's just not a moment goes by where we don't think about him our lives are forever changed." said Maurine Molak. She more than understands how social isolation can make cyberbulling worse. Molak added, "Since COVID has hit the extra isolation and not being around people has also affected us and exacerbated a situation that we want no parent to have to go through."

Smartphone apps like TikTok and Snapchat can open the door for cyberbullies. Psychiatrist Dr. Harry Croft told us, "Those apps which then change the appearance of people or put up comments which are very negative and bullying can be used negatively."

According to Light which is an organization that monitors online harassment and hate speech, there has been a 40% increase in toxicity on online gaming platforms, a 70% increase in cyberbullying since the pandemic began, and a 200% in traffic to hate sites.

What can parents and their children do to combat the problem? Communicate. Dr. Croft said, "I hope one of the positives is that it opens up communication between kids and their parents or the adults around them." Molak added, "It's really important for them to know to talk to somebody if they see something online that is troubling to them."

David's Legacy Foundation will be screening a documentary about resilience and cyberbullying called 'The Upstanders' on October first to mark the beginning of anti-bullying month.

Prior to that they will be screening another documentary called 'Like' in September, which is about social media and the impact it has on our lives and our brains. To register for either go to their website here.